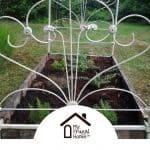 We just got back from a couple days at our cabin, and I’m excited to report that we finally have an herb garden! That had been on my to-do list for way too long. My friend, Jo, finally got the ball rolling. On our first night up there, she gave me a bunch of herbs for my birthday. Mostly stuff that she had dug out of her own garden, with a couple store-bought plants sprinkled in. My kind of gift.

So, today we set out to get everything planted. I knew I wanted to do a raised bed, but we didn’t have any lumber on hand to build one. We considered driving to town for some boards, but that would have taken over an hour round trip, so we decided to get creative with what we had instead, and soon my husband returned with a cast iron bed and a plan.

We bought this particular bed about a billion years ago. It was missing its rails when we found it, but it was cheap, and we figured we could find some rails for it. We were wrong. Cast iron bed rails are not a one-size-fits-all kind of thing. You’ve got to find rails with ends that perfectly match the shape of the slots on your particular headboard and foot board. After several near-misses, we gave up. Eventually, we decided to haul it up to the cabin, thinking we’d use it to make some garden gates one day.

But apparently, it was destined to become a raised bed for our herb garden. Who knew? 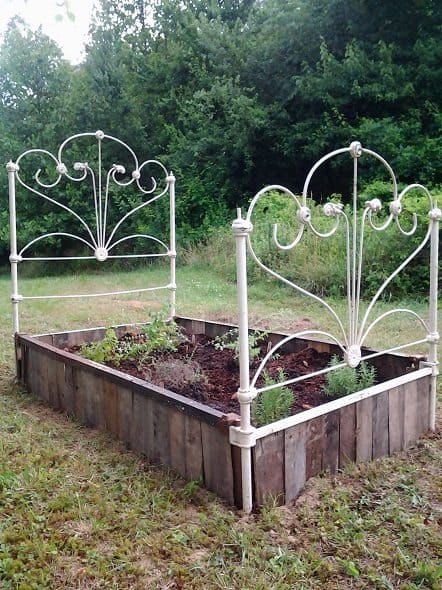 We happened to have a set of those near-miss bed rails in our storage shed; and while they don’t fit the headboard and foot board well enough to hold a mattress, they fit well enough for their new purpose. 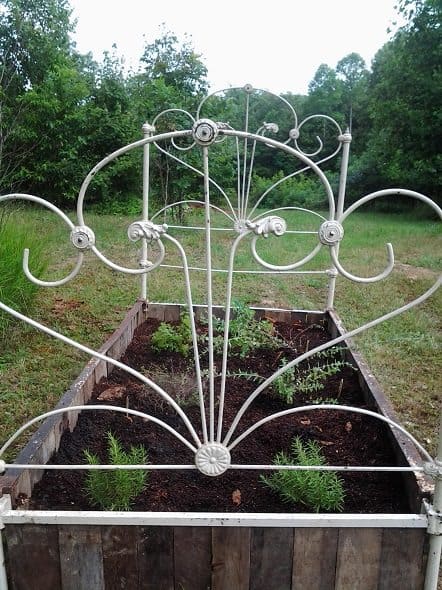 Now, normally you install bed rails so that the angle iron creates a little pocket for the mattress to sit inside. We decided to install our rails upside down. This gave us a clean top edge for our raised bed, and created a lip for our side boards to sit behind. Very handy. 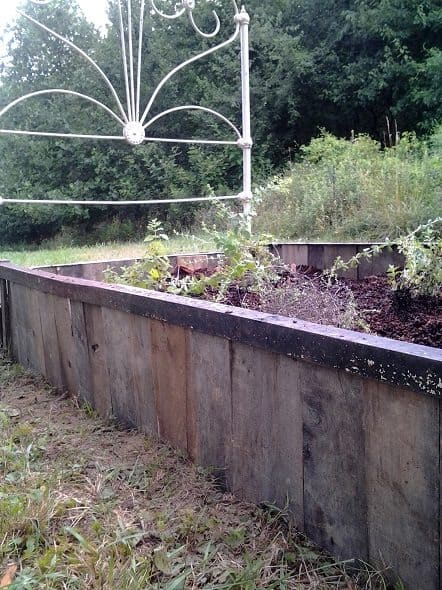 Since we didn’t have any lumber on hand, we used boards from oak pallets for the sides. We had some in our firewood pile. We just had to cut them to size. The weight of the dirt holds the boards firmly in place, without any nails or screws. 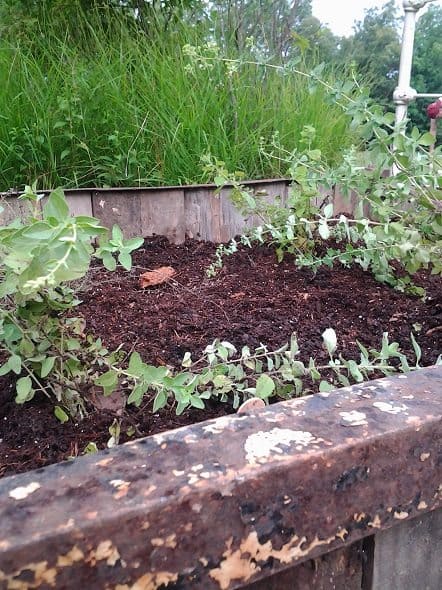 Here’s that nice clean edge that I was talking about. 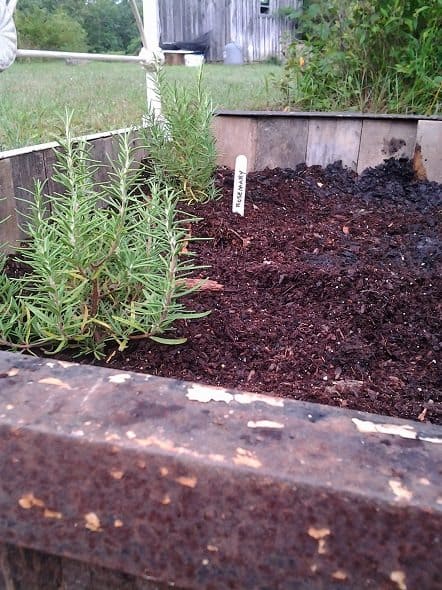 We planted rosemary, thyme, oregano, tarragon, and lemon balm. On our next trip up I plan to add chives, sage and mint. The mint will get its own pot, since it’s invasive. 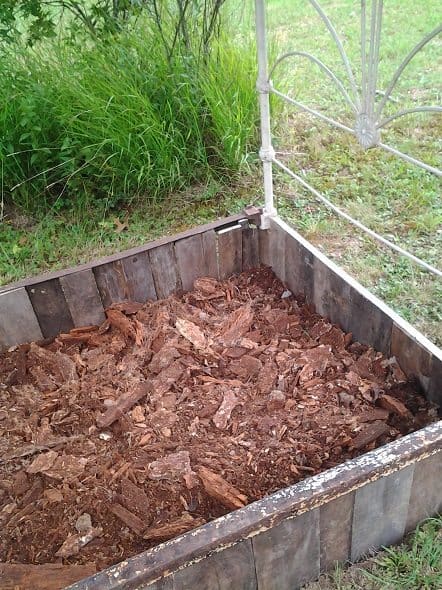 Oh, and we even managed to save money on dirt, too. There’s this big mound of rotting rough-sawn oak boards on the property. We think it may have been where the previous owners’ milled their own lumber. Not sure, but it’s basically a giant pile of mulch at this point. I scooped some of that into the bottom on the raised bed as filler. Then, I added soil on top. That cut our soil cost in half, and it should help the bed to retain moisture between rain showers. 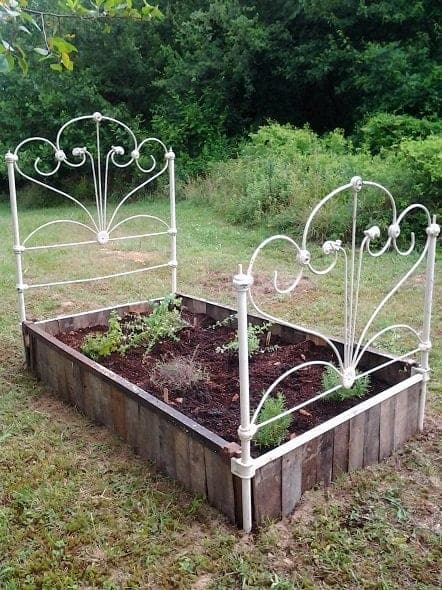 I’m so excited with the way this turned out. Now, I’m plotting what I want to plant next. 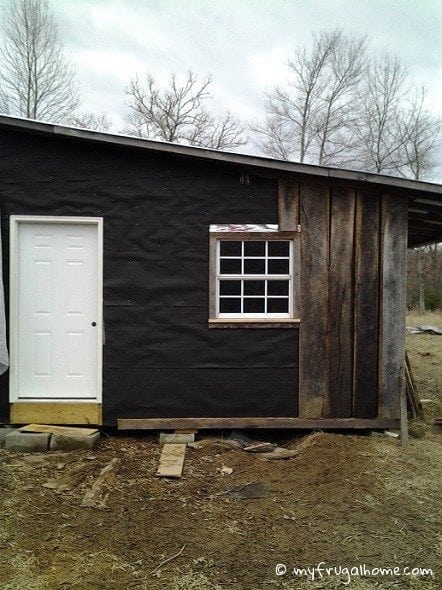 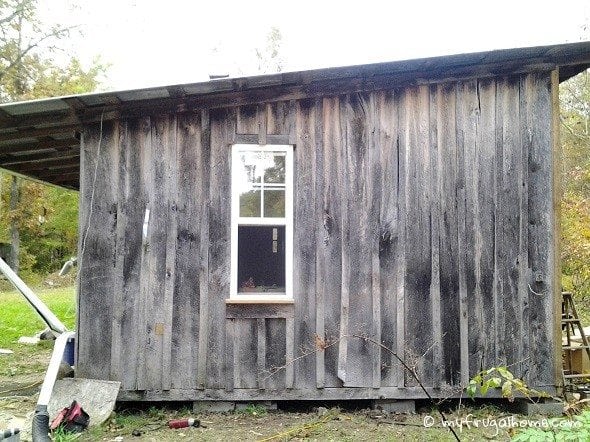 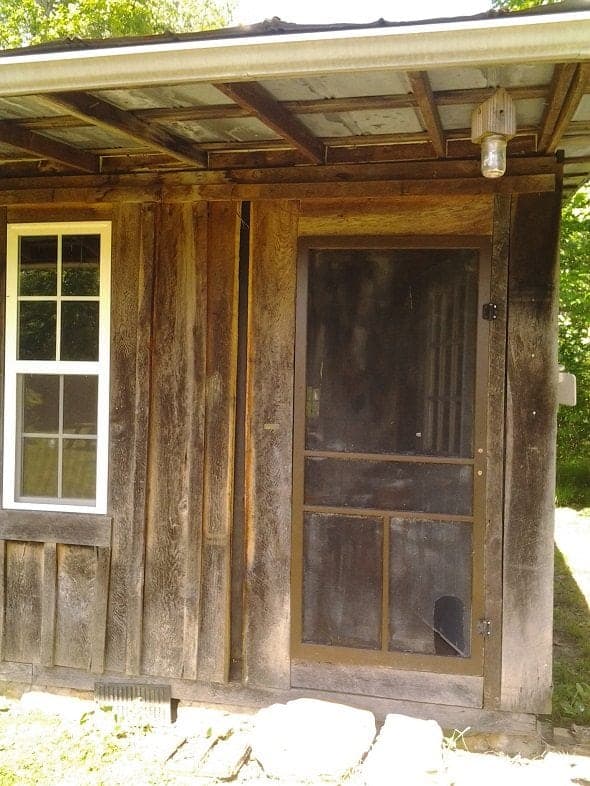 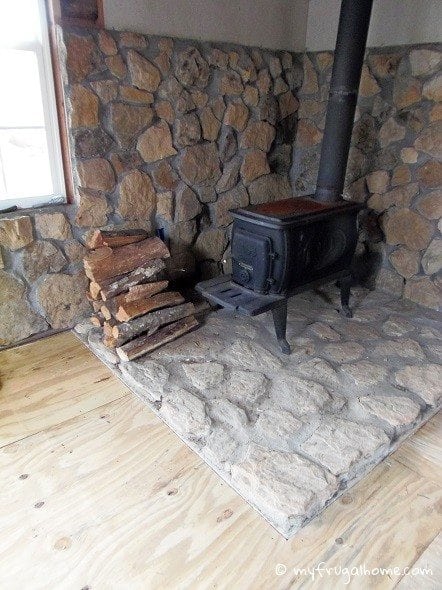 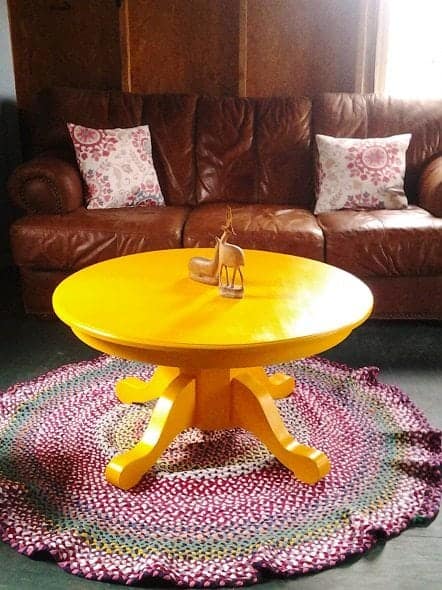 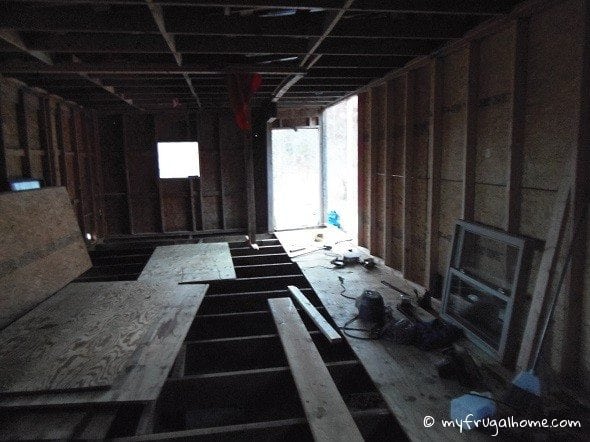