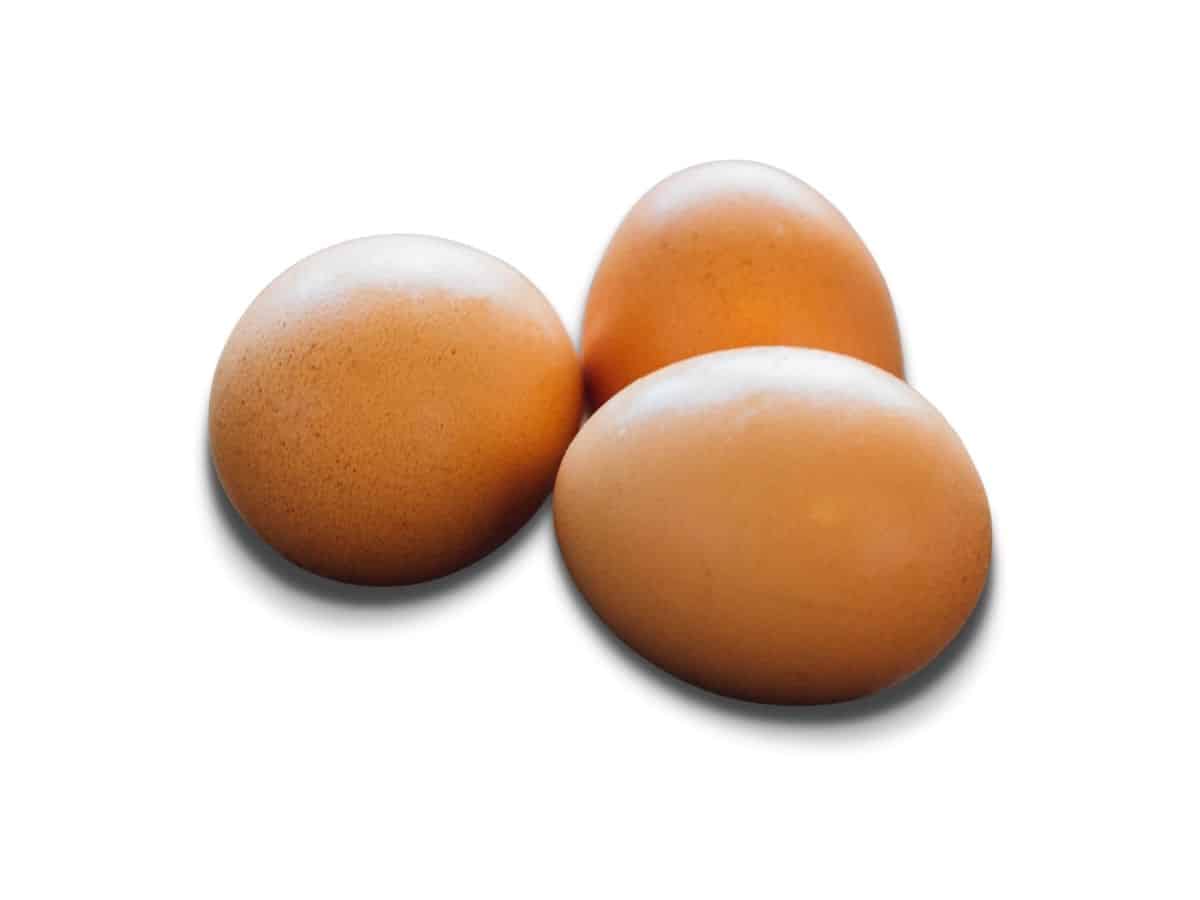 Out of eggs, or need to avoid them for health reasons? Here are egg substitutes to satisfy all of your baking and cooking needs.

Since most recipes in the U.S. call for large eggs, these substitutes are designed to replace large eggs. You can replace up to three eggs in a recipe with good results.

Eggs act as a leavening agent in cakes, so you need an egg substitute that’ll help your cake rise. Here are some options to consider:

Measure all the ingredients for your cake into a mixing bowl. Then, add one Tablespoon of vinegar (white or apple cider) and one teaspoon of baking soda per egg. Stir, until a batter forms. Then, get your cake in the oven quickly. The leavening power of vinegar and baking soda is short lived. 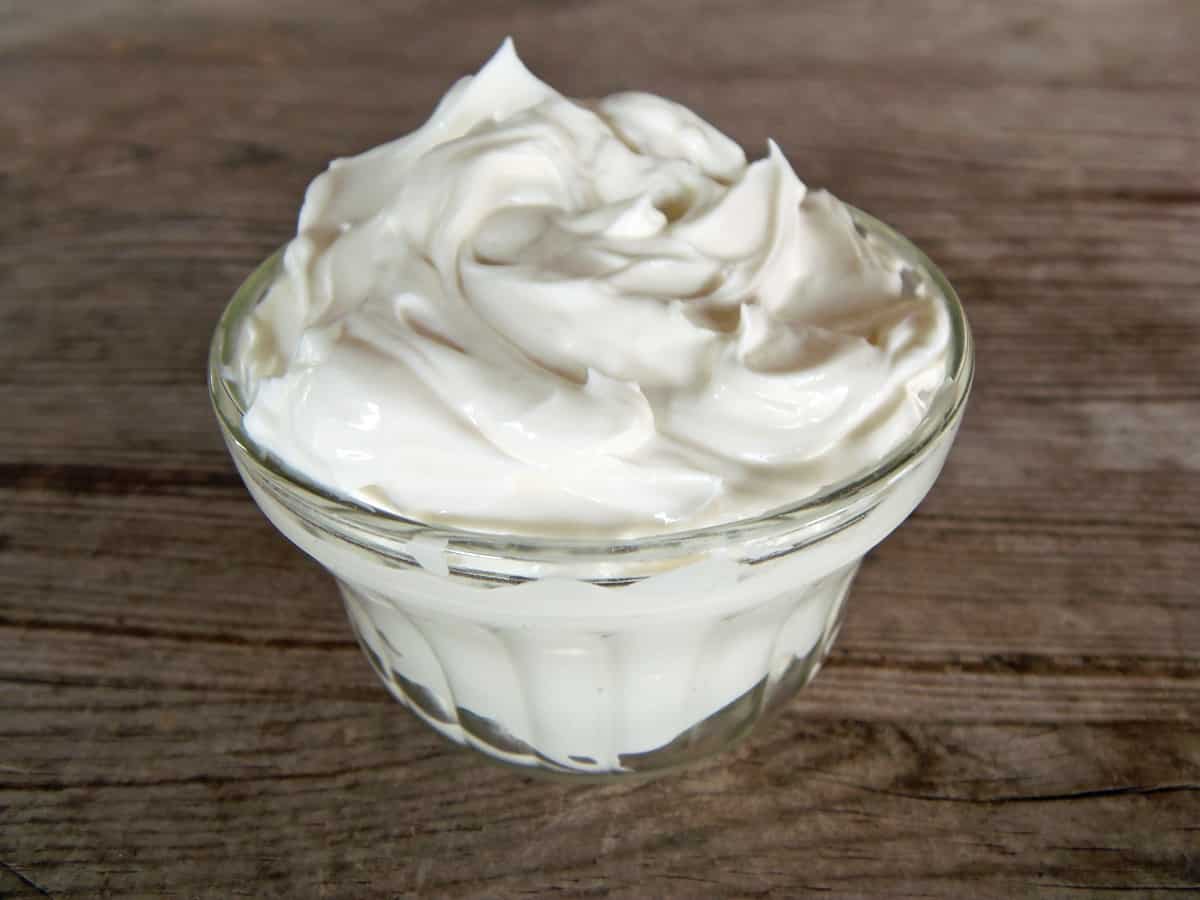 Add 1/4 cup of yogurt or sour cream per egg. This will leaven the cake, while contributing some moisture to the finished product. Plain or vanilla yogurt can be used in this substitute. If you only have Greek yogurt on hand, thin it to the consistency of regular yogurt by using three Tablespoons yogurt and one Tablespoon milk or water per egg.

Mix together two teaspoons baking powder, one Tablespoon oil and two Tablespoons of water per egg. Add this mixture, after all other ingredients have been added to the cake.

Own a Soda Stream, or have a bottle of club soda in the fridge? Use 1/4 cup carbonated water as a replacement for one egg. For the best results, add the water after everything else has been added. Then, get your cake in the oven quickly. 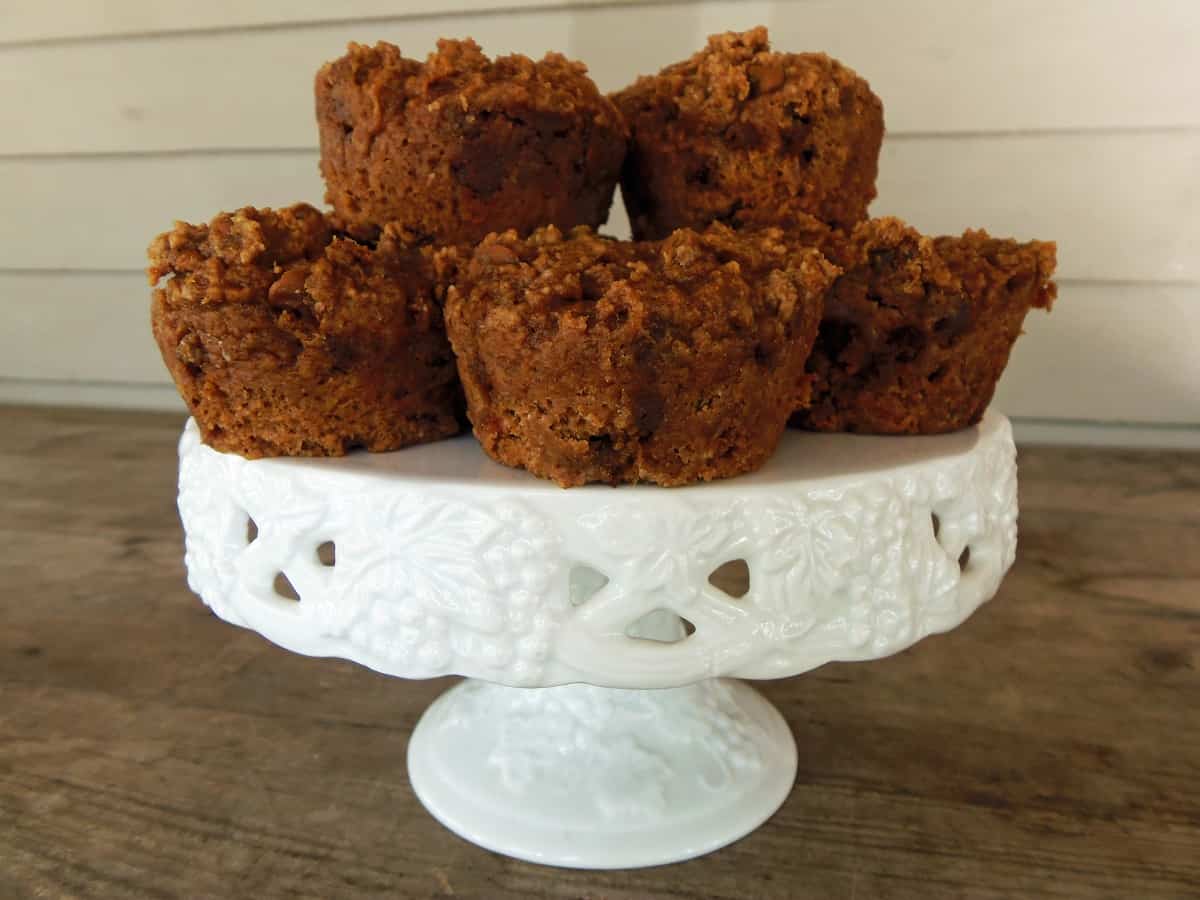 Eggs act as both a binding agent and a source of moisture in muffin, cookie and pancake recipes. Here are some egg substitutes that are capable of performing both duties: 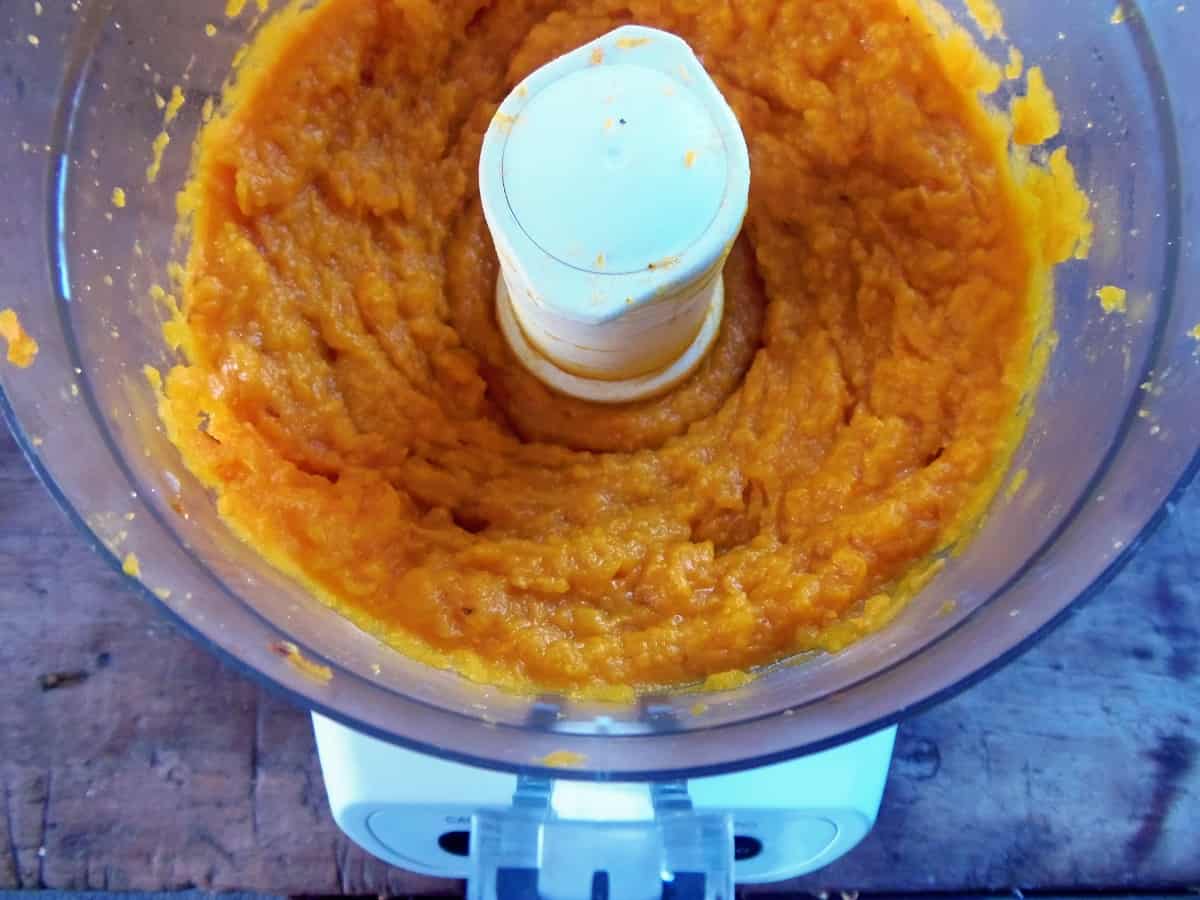 Use 1/4 cup of applesauce, mashed banana, pumpkin puree or mashed avocado for each egg called for. This will change the flavor and color of the recipe a bit, so pick whichever fruit you think will work best. Since fruit puree is a lot denser than egg, add an extra 1/2 teaspoon baking soda for each egg you replaced.

You may also find it necessary to extend the bake time to compensate for the extra moisture.

For recipes where a sweet substitute just won’t do, use mashed potatoes. Pull out the leftover mashed potatoes from last night’s dinner, or whip up a quick batch from instant potato flakes. 1/4 cup per egg will get the job done. Add an extra 1/2 teaspoon of baking soda for every egg you replace. This will keep your baked goods from getting too dense.

Use 1/4 cup yogurt or sour cream per egg. Stick to plain yogurt in savory breads. If you only have Greek yogurt, use three Tablespoons yogurt and one Tablespoon milk or water per egg.

Combine one heaping Tablespoon of soy flour and two Tablespoons of water, for each egg that you’re replacing.

Combine one heaping Tablespoon of ground flaxseed or chia seeds and three Tablespoons of cold water to replace one egg. Wait for the mixture to gel; then, add it to your recipe.

Use a coffee grinder to grind the seeds yourself, or start with seed meal (that’s what food manufacturers’ call the ground seeds). This substitute will add a nutty flavor to whatever you’re making. 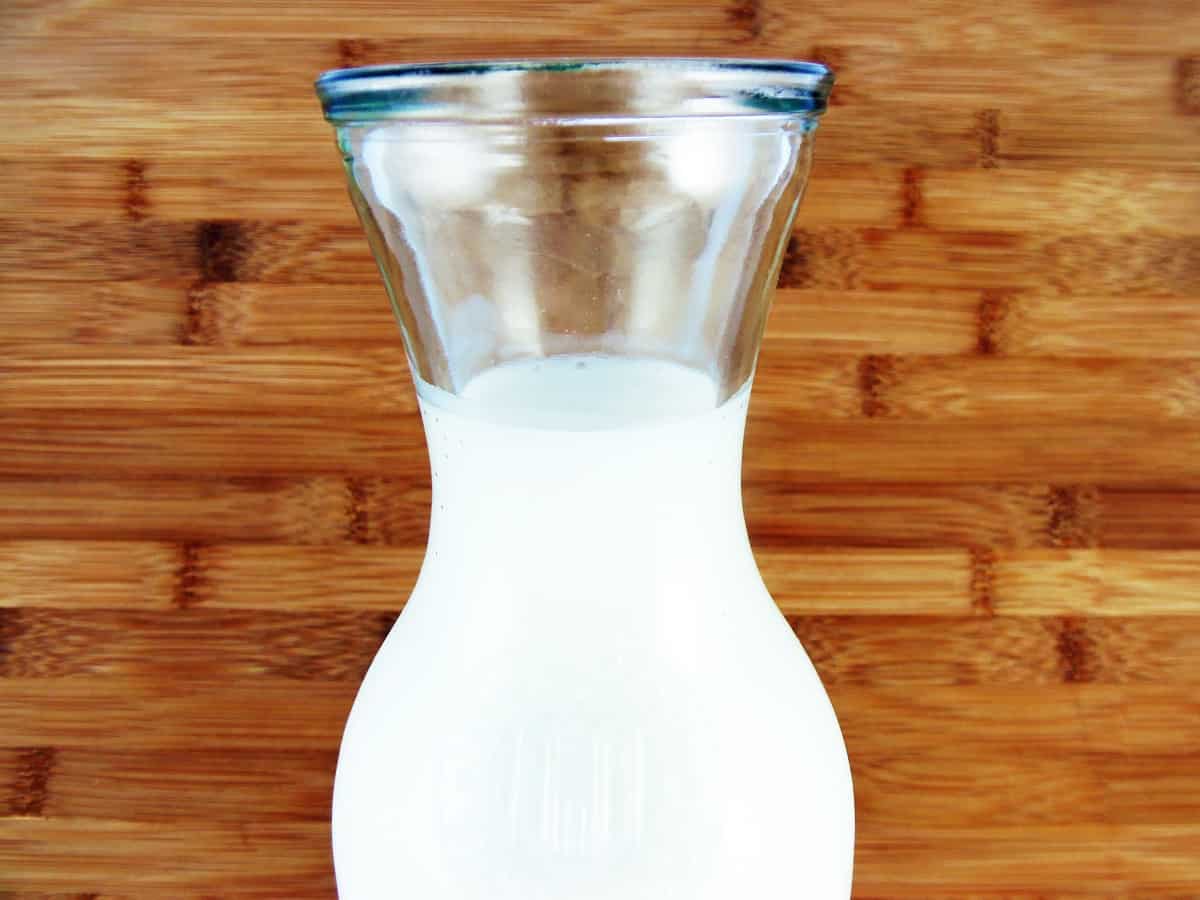 Replace each egg called for with 1/4 cup buttermilk. This will help to bind the ingredients together, while contributing moisture and flavor to your finished baked goods.

Don’t let the fancy name fool you. It’s just the liquid that’s found in a can of beans. You’re probably used to pouring it down the drain. But, you may want to rethink that because it happens to be a great egg substitute. Use three Tablespoons aquafaba to replace each egg. Chickpeas and white beans produce the best aquafaba.

Create a gelatin “egg” by combining one Tablespoon of unflavored gelatin (or agar agar) and three Tablespoons of warm water for each egg that you’re replacing.

Use three Tablespoons of mayo to replace each egg that’s called for. Since egg is one of the ingredients in mayonnaise, this will actually get some of the intended egg back into your recipe. This substitute will add extra oil, so expect your baked goods to come out a bit more dense than usual.

Best Egg Substitute for Mayonnaise, Salad Dressings and Other Emulsions

Aquafaba for the win again! Use three Tablespoons of aquafaba (the liquid in a can of chickpeas or white beans) per egg to emulsify mayonnaise and other sauces that are typically made with egg. 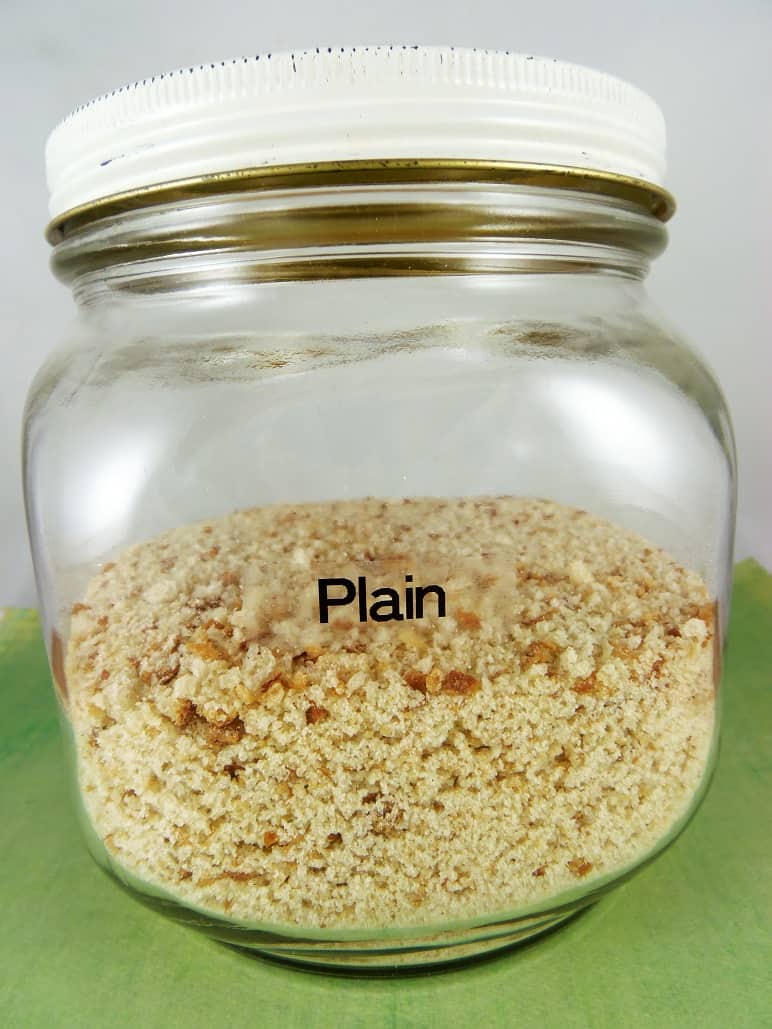 Making meatloaf, burgers or another savory dish that uses egg to bind the ingredients together? Use bread crumbs or oatmeal instead. Two to three Tablespoons per egg should be sufficient. Three tablespoons of aquafaba per egg will also work.

Making fried chicken? Use milk or aquafaba in place of the egg, when dredging your chicken. Just dip the chicken into your egg substitute. Then, dip it into your breading mixture. Easy!

Tip: Whisk aquafaba, until it’s foamy. It’ll work much better as a binder, if you do.

To make meringue, macaroons and other light and airy desserts that typically rely on egg whites, aquafaba is the answer. Just measure out two Tablespoons of chickpea or white bean liquid for every egg white that you’re replacing. Then, whip the aquafaba at high speed, until it reaches the consistency of whipped egg whites. This should take 10 to 15 minutes. Unlike egg whites, aquafaba doesn’t require a stabilizer to hold its shape, so you can skip the cream of tartar, if your recipe calls for it.

This substitute will not work in an angel food cake.

Eggs often serve more than one purpose in a recipe – acting as a leavening agent, adding moisture, binding ingredients together and lending structure and stability to the finished product. If you’re making a recipe where you know the eggs are doing more than one job, consider combining a couple of these egg substitutes to create a substitute that will do everything you need it to. This is easy to do in recipes that call for multiple eggs. Just use one substitute for half of the eggs, and another substitute for the other half. 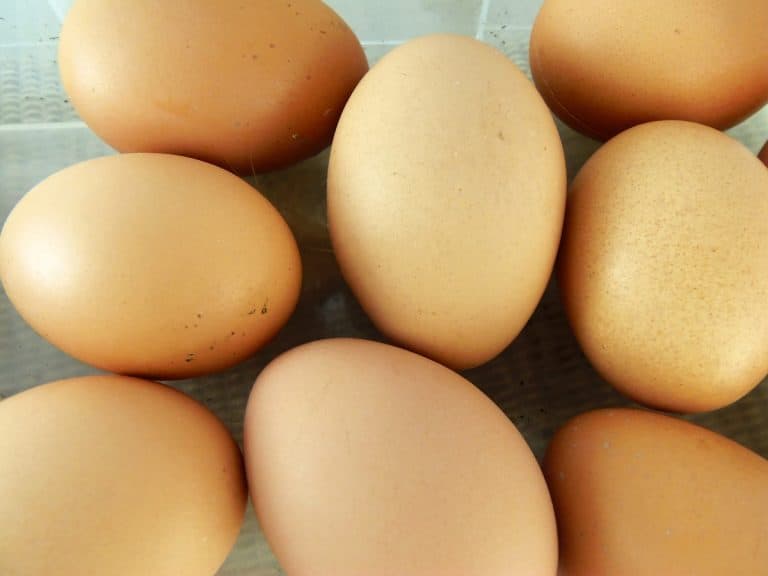 Here’s how to replace one large egg in any recipe. These substitutes can be used to replace up to three eggs with great success. Just double or triple the ingredients accordingly.

Egg Substitute for Mayonnaise, Salad Dressings and Other Emulsions

Egg Substitutes for Meatloaf and Burgers 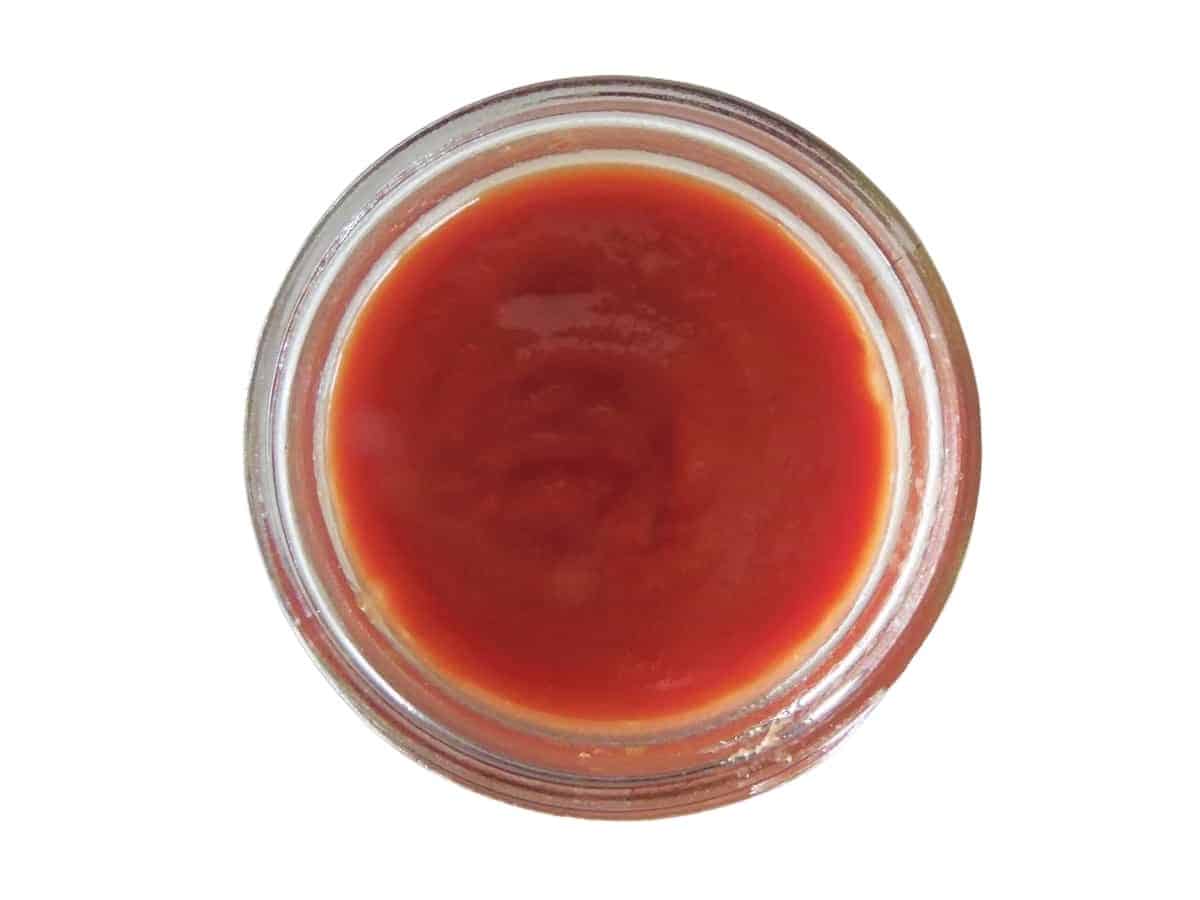 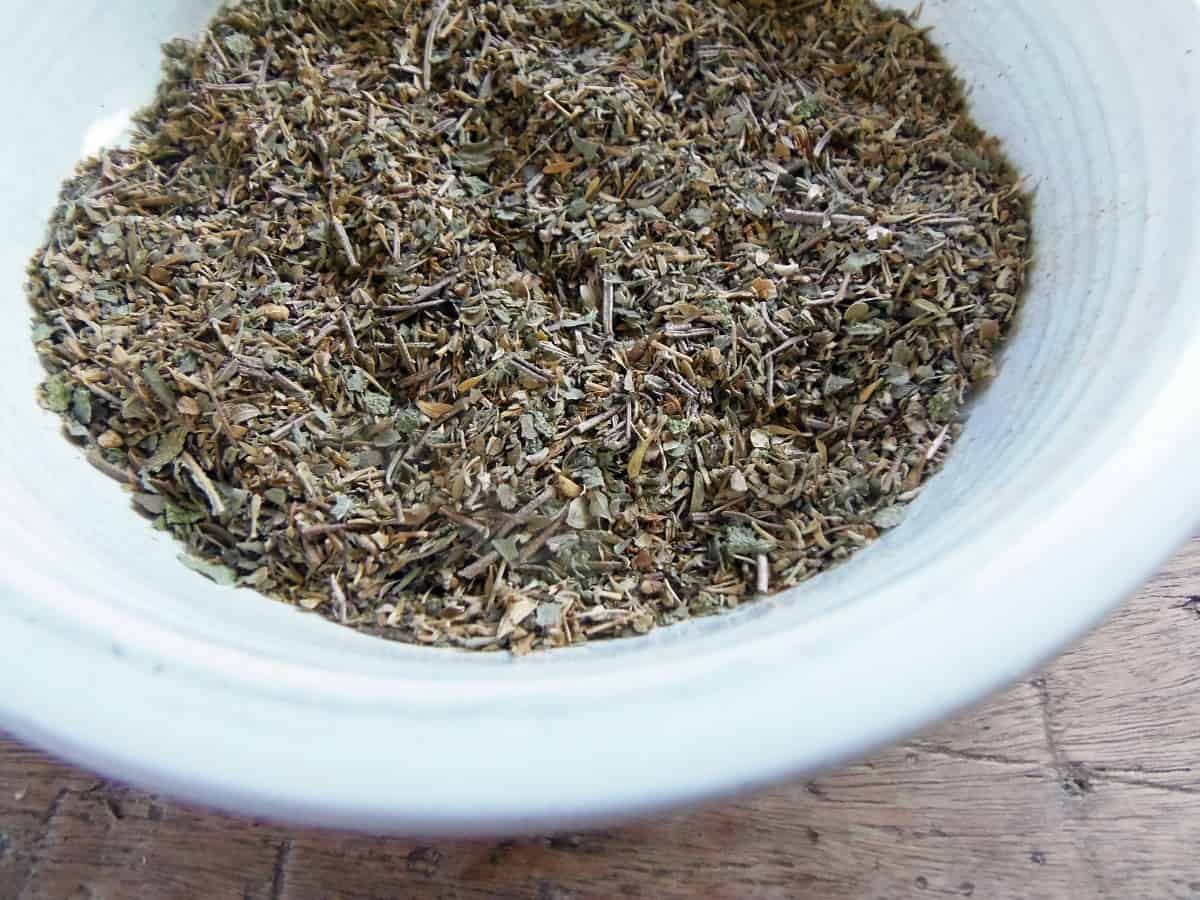 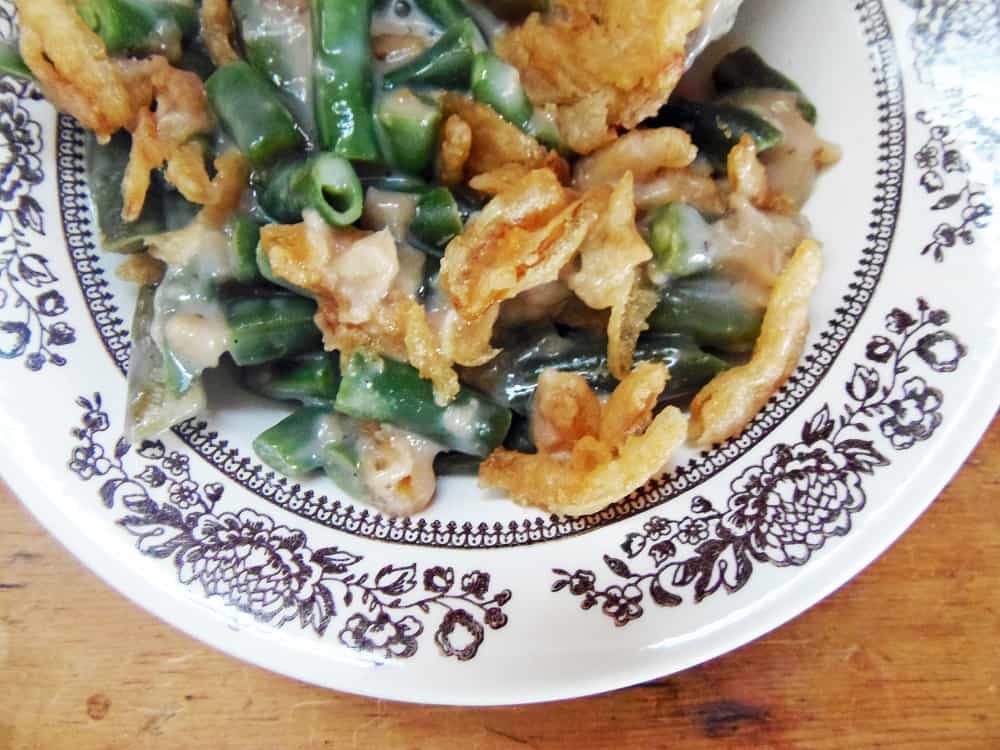 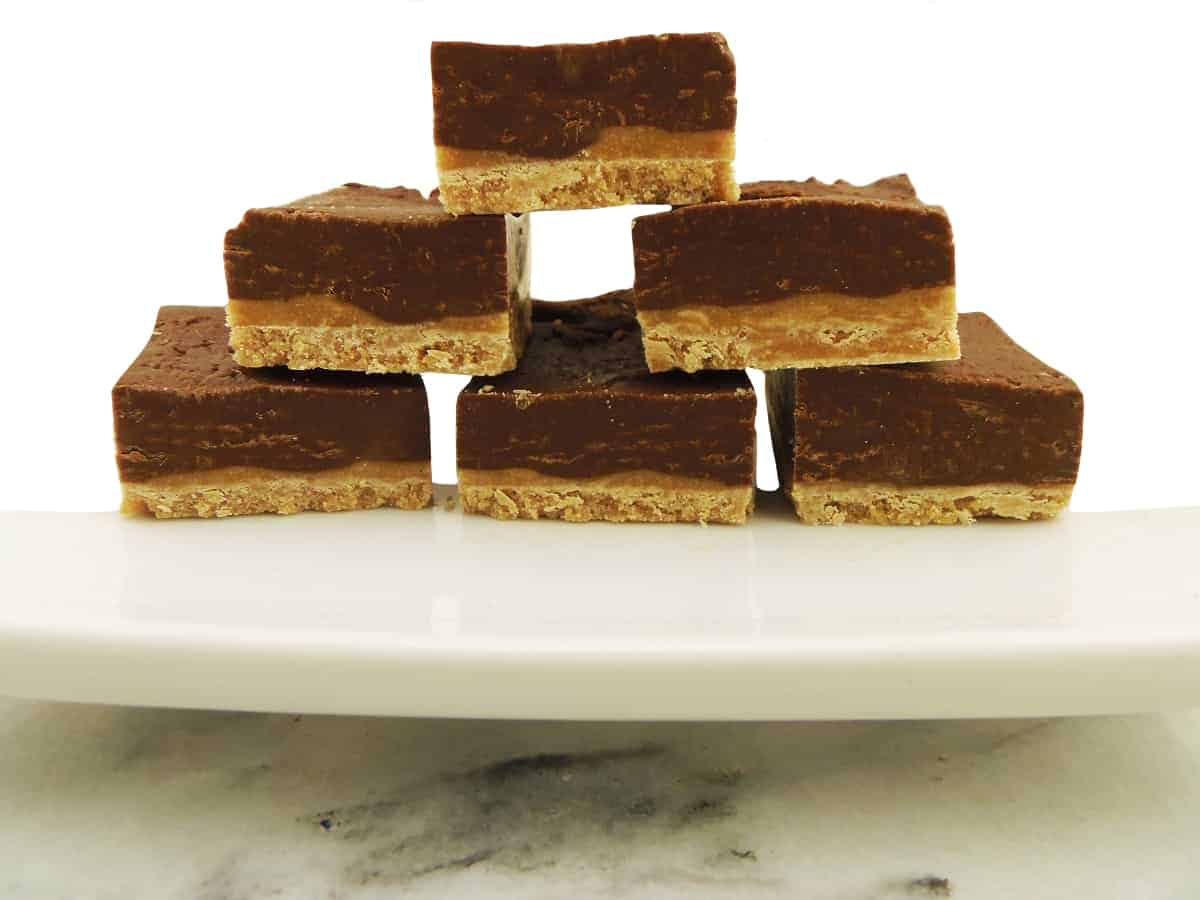 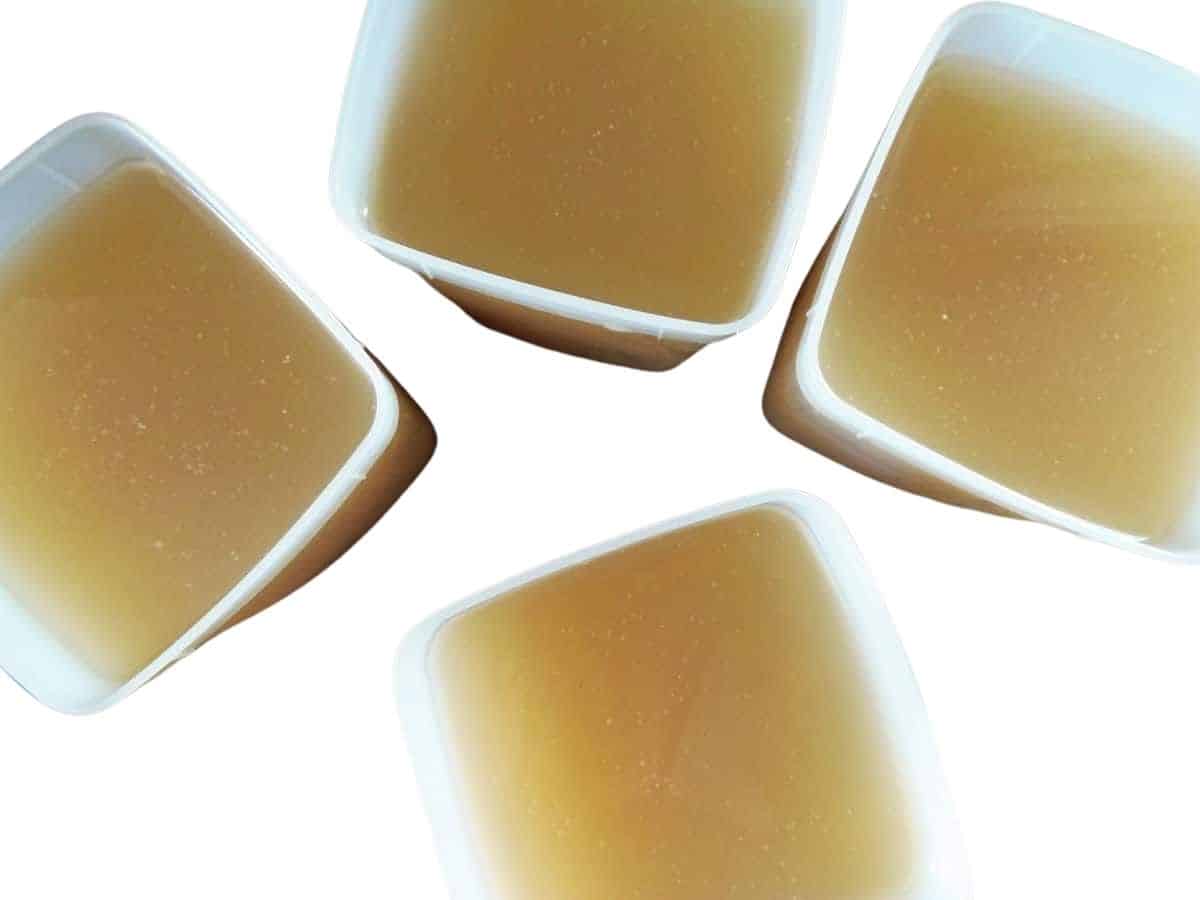 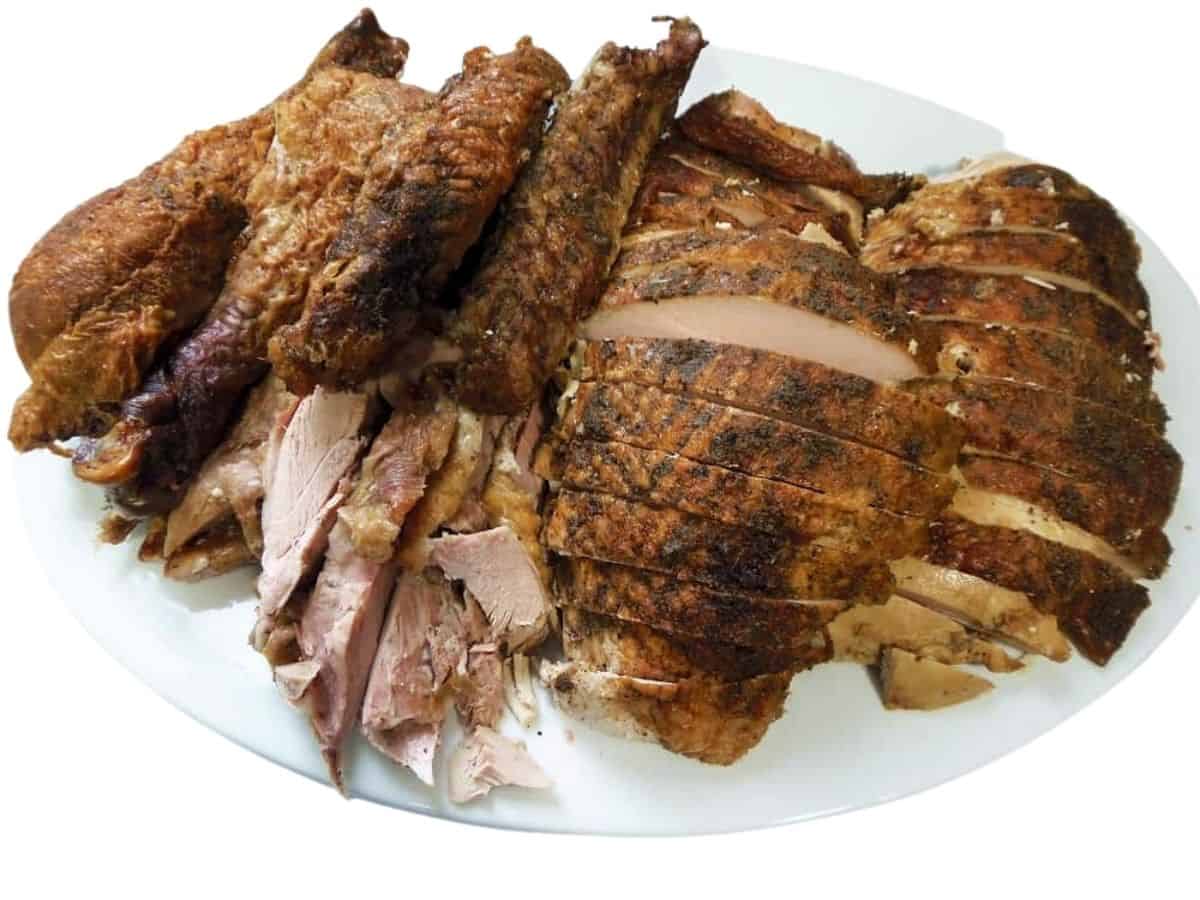