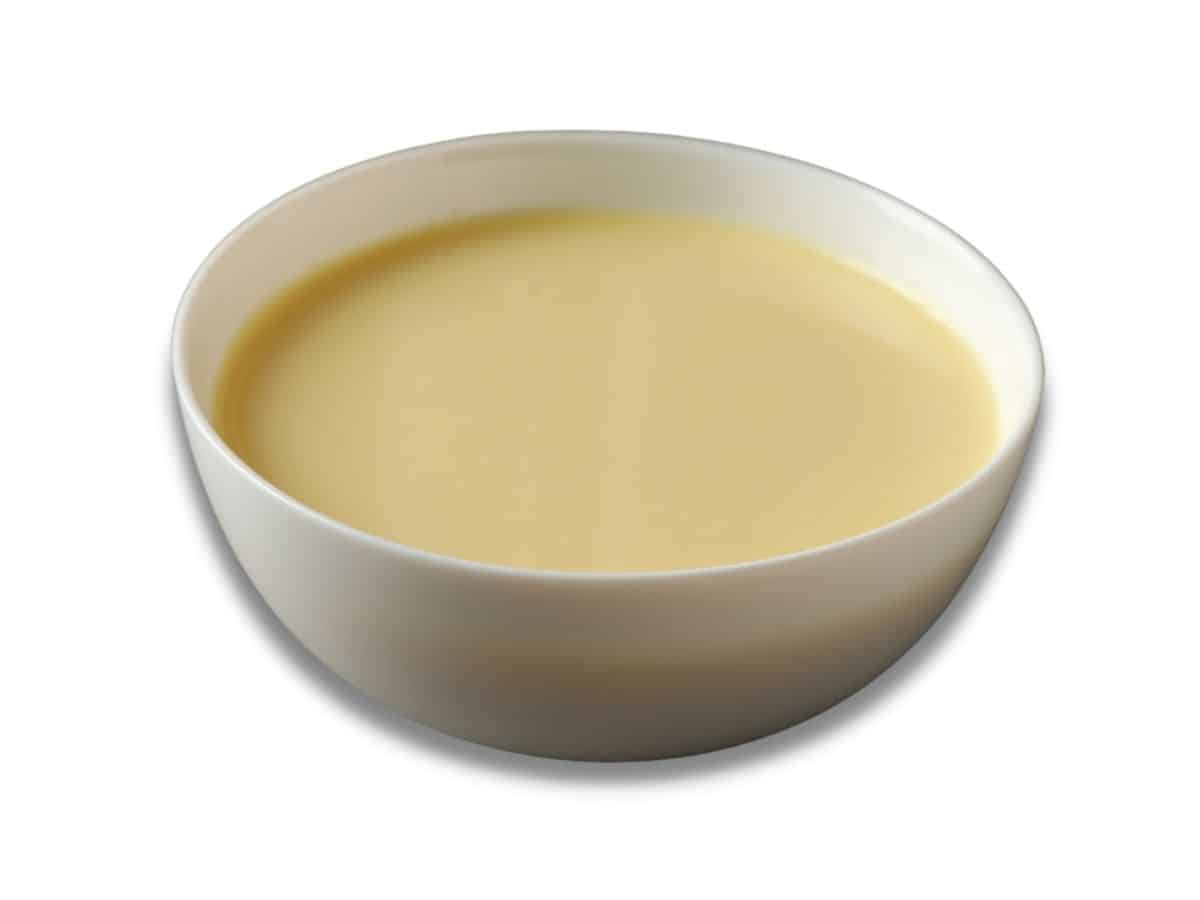 If you need evaporated milk for a recipe, and you don’t have a can in your pantry, or you’re trying to avoid it for dietary reasons, just use one of these evaporated milk substitutes in its place. We’ve included dairy-free and lactose-free options.

Evaporated milk is nothing more than milk that’s had 60% of its water removed, so as long as you aren’t trying to avoid dairy, your best option is to whip up a quick batch of evaporated milk, so you’ll have the real deal for your recipe There are two ways you can do this.

How to Make Evaporated Milk From Milk

Measure 2-1/2 cup of milk into a sauce pan. Heat over medium heat, stirring occasionally, until the milk comes to a boil. Continue cooking and stirring, until the volume is reduced by approximately 60%. Allow your evaporated milk to cool, before you add it to your recipe.

How to Make Evaporated Milk From Powdered Milk

Stir 1-1/2 cups of non-fat dry milk (powdered milk) into 1-1/4 cups of water. Continue stirring, until the milk is fully dissolved.

Both of these methods will yield 12 ounces (1-1/2 cups) of evaporated milk, which is the equivalent of one store-bought can.

Half and half consists of 50% milk and 50% cream, so it’s only slightly thicker than evaporated milk. Replace it measure for measure with the evaporated milk called for in your recipe.

Have milk and heavy cream in the fridge? Mix it together in equal parts to create half and half. Then, use it as a one-to-one substitute for evaporated milk.

If you’re lactose-intolerant, or cooking for someone who is, use lactose-free milk to make your own lactose-free evaporated milk. Just measure 2-1/4 cups milk into a sauce pan, and heat it, until the volume has been reduced by 60%.

Cook down 2-1/2 cups of your favorite unflavored dairy-free milk – almond, soy, rice, etc. – until it’s reduced by 60%. Then, use it as a stand-in for the evaporated milk in any recipe. This substitute will be a bit thinner than traditional evaporated milk, so you may need to thicken it with a bit of cornstarch, or your thickener of choice.

Expect some changes to the flavor profile of any recipe you add this substitute to. To keep the changes subtle, try to pick the milk that goes best with your recipe. Almond milk and rice milk tend to be on the sweet side, so they work best in dessert recipes, whereas soy milk has a more balanced profile that works well in both sweet and savory dishes.

Heat milk on the stove, stirring occasionally, until it comes to a boil. Continue cooking, and stirring, until reduced by 60%.

Allow the milk to cool, before adding it to your recipe.

This makes real evaporated milk, and yields 12 oz. (1-1/2 cups), which is the equivalent of one store-bought can.