You are here: Home / Gardening / How to Divide and Transplant Bearded Irises 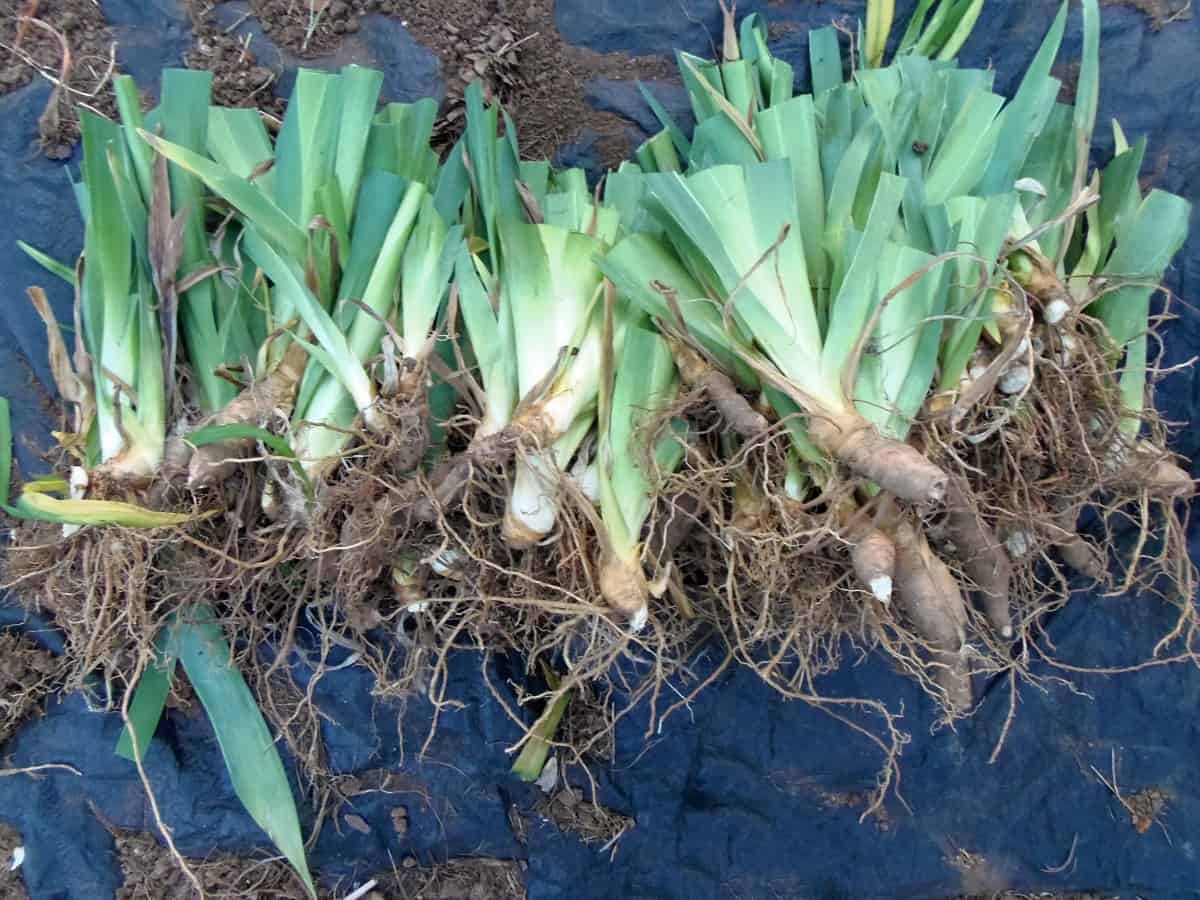 How to Divide and Transplant Bearded Irises

Divide your bearded irises once every two to five years to keep them healthy and blooming vigorously. Then, use the extra plants in another part of your garden, or share them with friends. Here’s how to successfully divide and transplant bearded irises. 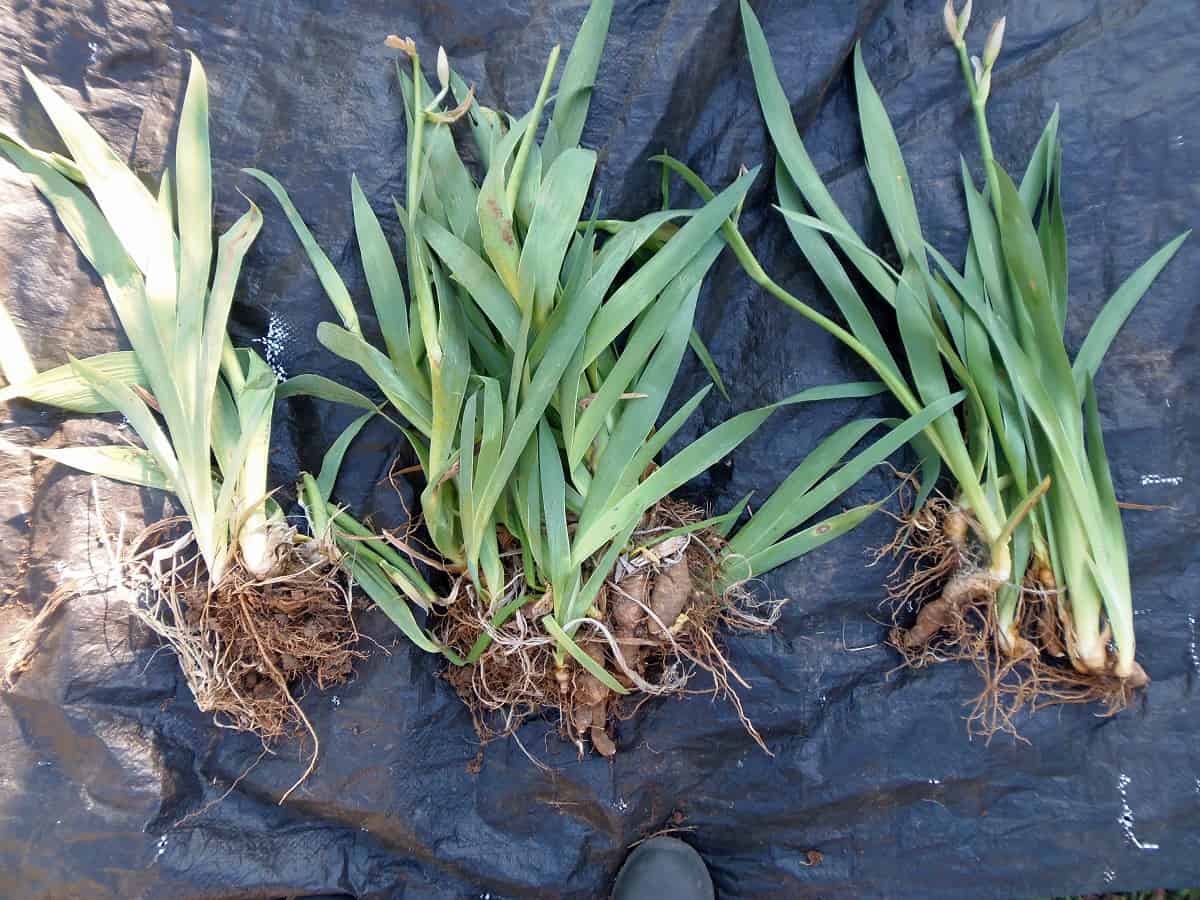 Dig Up the Rhizomes

Carefully dig up your iris clumps in the late summer or early fall, after they’ve finished blooming for the season. This will give them plenty of time to get reestablished before winter.

It’s not a big deal, if you need to dig them up in the spring. Just know they probably won’t bloom this year, if you do. 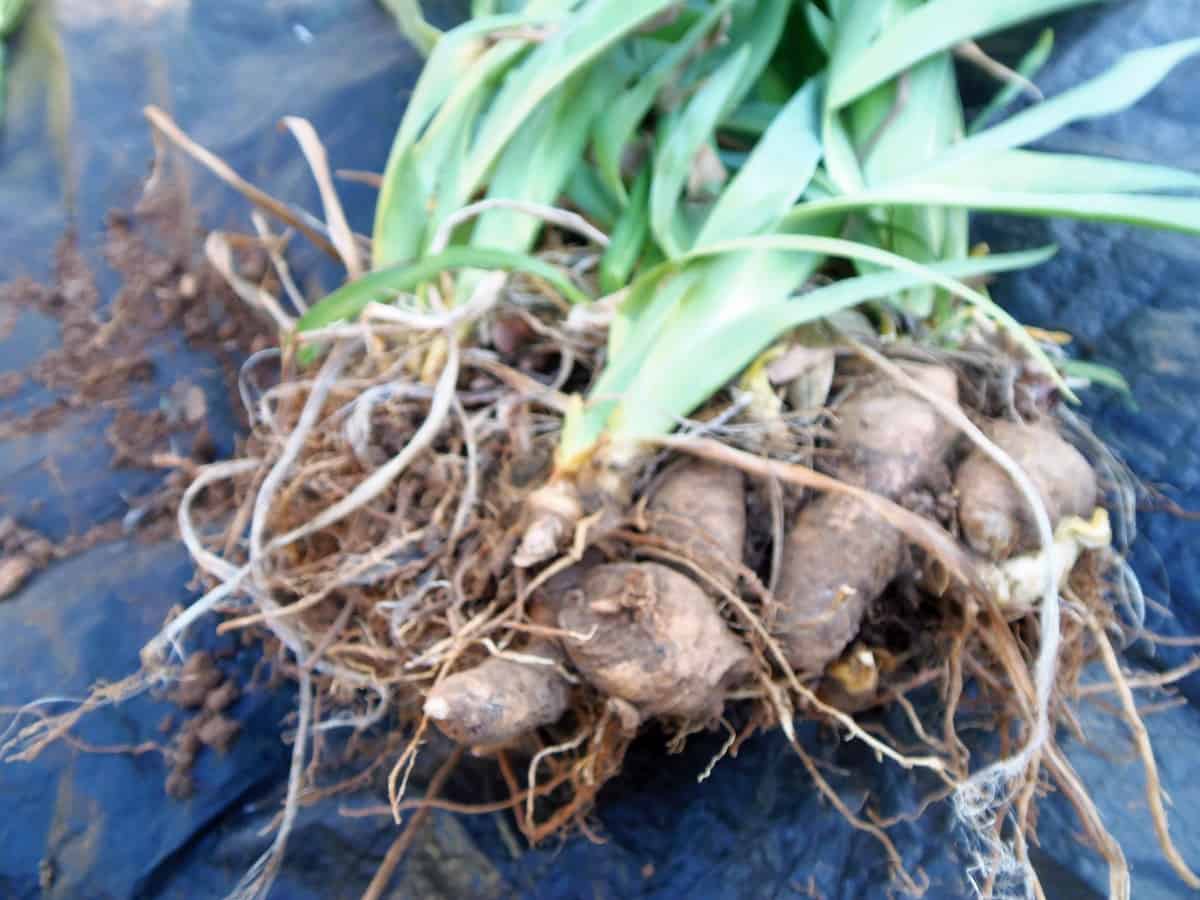 Irises grow from rhizomes, which are basically horizontal stems that grow under ground. Over time, the rhizomes become overcrowded. This cuts down on the number of blooms you get, and can lead to the spread of diseases and pests. 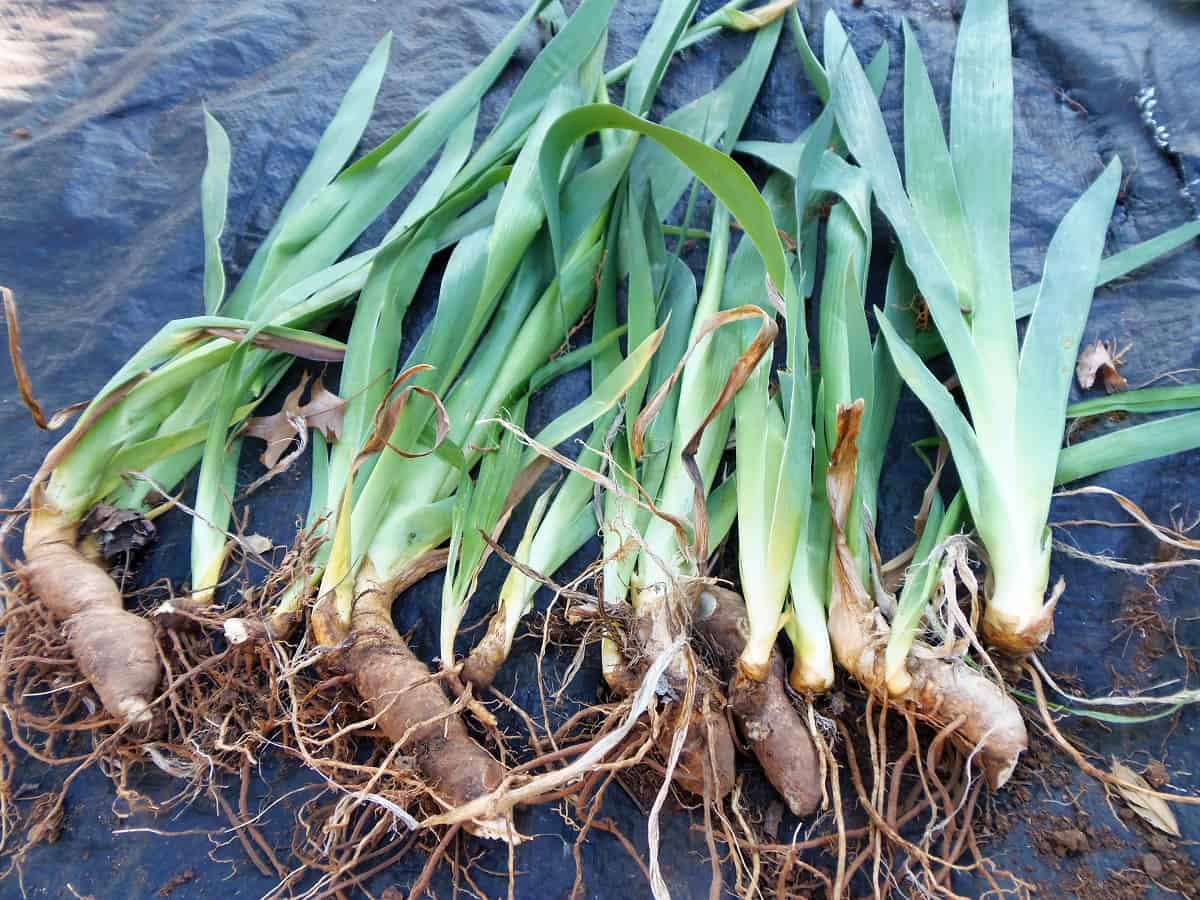 To keep your bearded irises healthy and productive, divide the clump into individual rhizomes. Start by using your hands to gently pry the rhizomes apart. Then, cut any especially large rhizomes into smaller pieces. Aim for pieces that are at least three-inch-long. Make sure each piece has plenty of roots. It’s fine if a piece doesn’t have any shoots (leaves) growing from it. It’ll grow new shoots, after you plant it.

As you’re working, be on the lookout for rhizomes with soft spots, or holes, The former is a sign of soft rot; the latter is a sign of iris borers. Use a sharp knife to cut off the damaged portion of any rhizome. Discard the infected/infested piece; then, sterilize your knife, before using it again.

Cut Back the Foliage 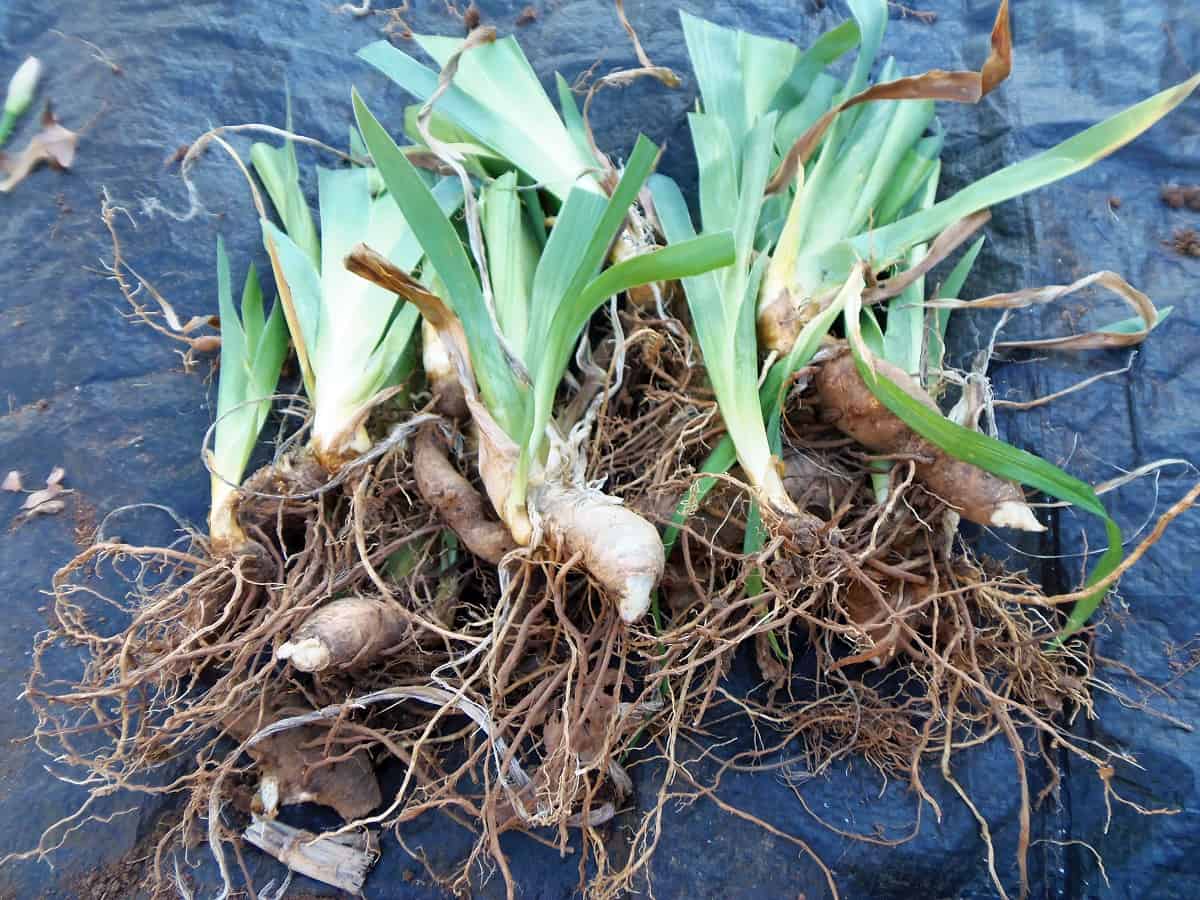 To encourage the irises to focus on roots – rather than shoots – cut the leaves back to six inches. There’s no need to get out a ruler. If you cut them a bit shorter or longer, it’s not a big deal. 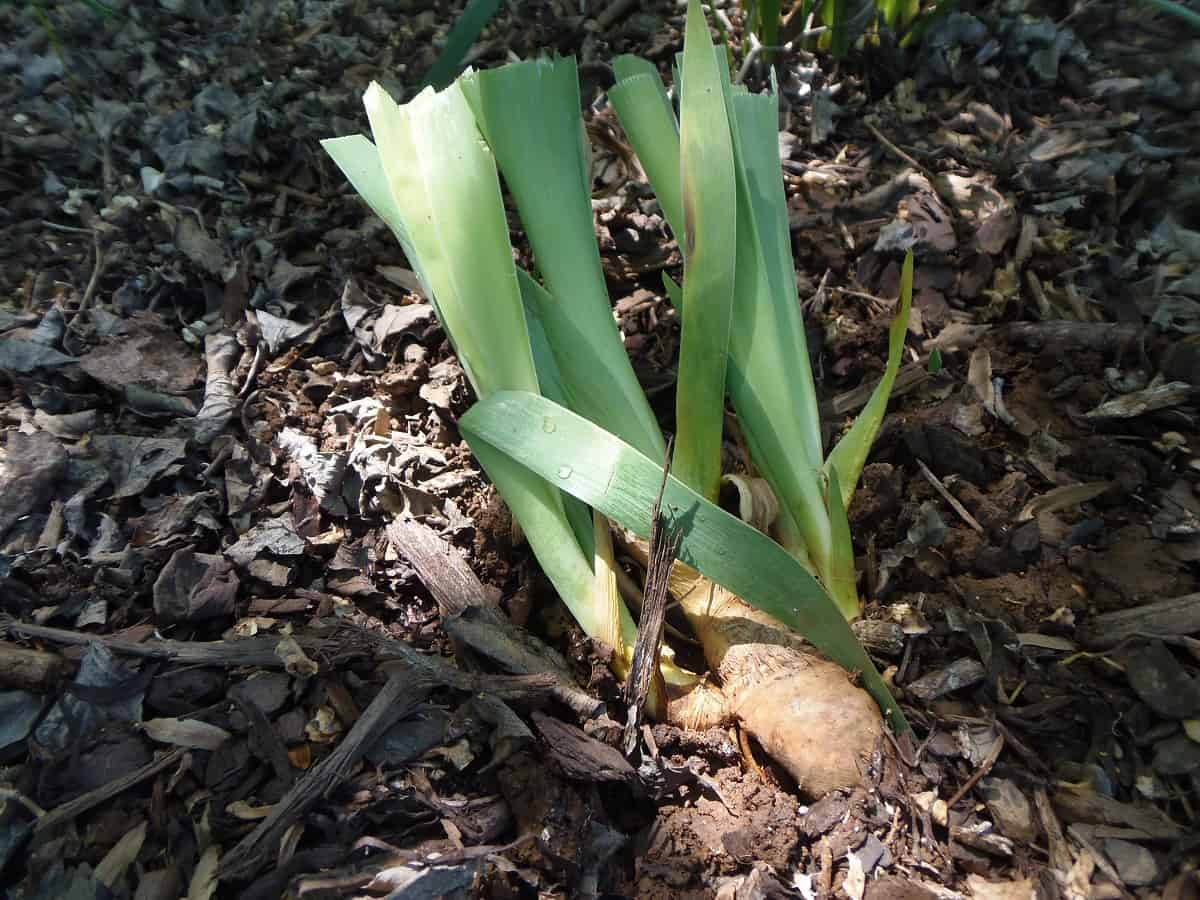 Now, all that’s left is to transplant your irises. Bearded Irises prefer full-sun, so find a nice sunny spot in your garden, and dig a shallow hole – two to three-inches deep and approximately four-inches long (or as long as is needed to fit your rhizome). Mound up soil in the center of the hole, until it comes up just shy of the soil line. Then, place a rhizome on the mound you created, and arrange the roots, so they come down on either side of it.

Fill the hole back up with soil, so the roots are covered, but don’t cover more than an inch or two of the rhizome. The rhizome is meant to sit on the surface of the soil. If you plant it too deep, it’s likely to rot.

Don’t worry, if the shoots aren’t standing up straight. Just plant the rhizomes horizontally, and the shoots will soon straighten up, as they bend towards the sun.

Covering the rhizomes with mulch will make them susceptible to rot, so fight the urge to mulch them.

Water your bearded irises every other day for 10 days, to reestablish the plants.

If you have more iris plants than you can use, consider sharing your extras with friends and family. Just be sure to only share unpatented irises, so you don’t break any laws.