You are here: Home / Recipes / How to Make Stewed Tomatoes 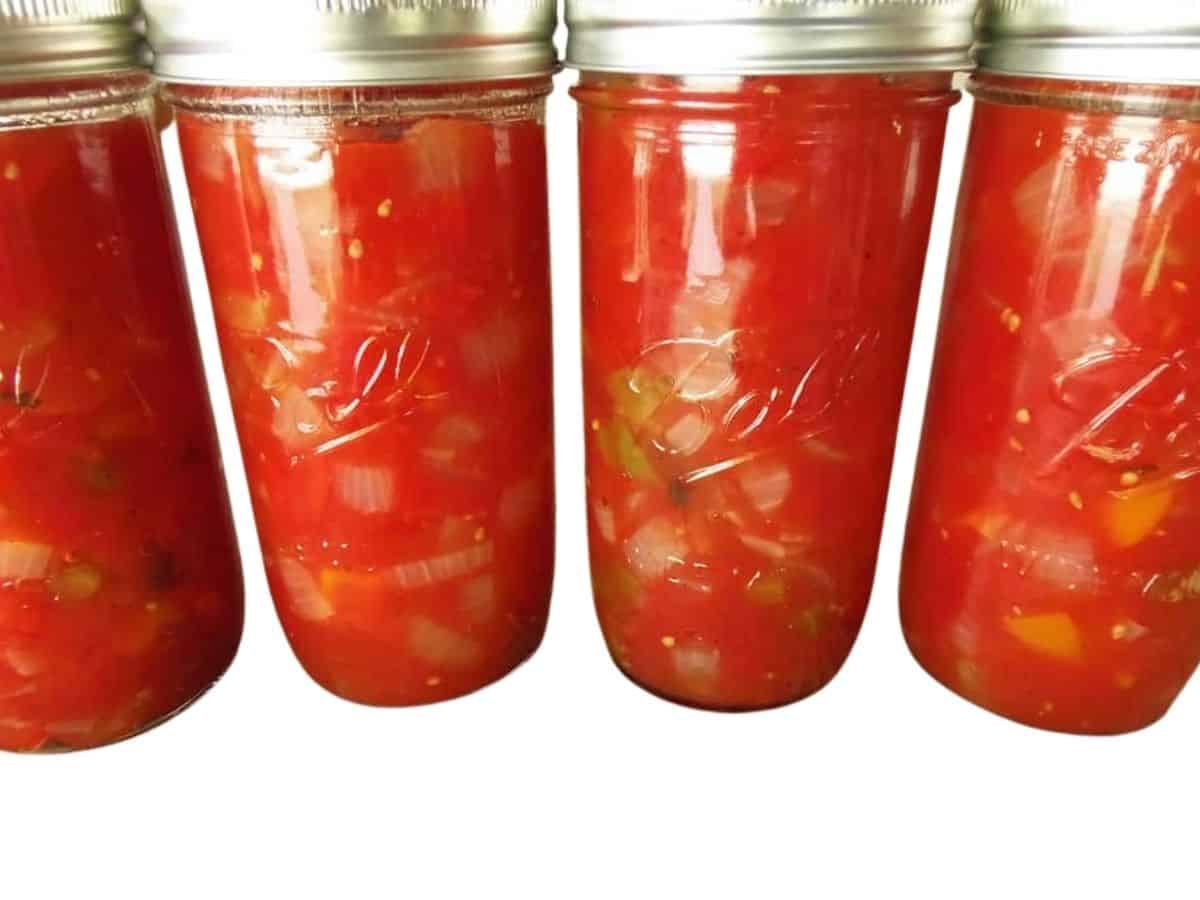 How to Make Stewed Tomatoes

Stewed tomatoes are delicious served as a main course or as a side dish, and they’re a frequent ingredient in chili, soup, stew and casserole recipes. If you’re looking for a simple way to use up some of the excess tomatoes from your garden, you should definitely consider stewing some of your harvest. It’s a quick and easy process, and it doesn’t require canning. 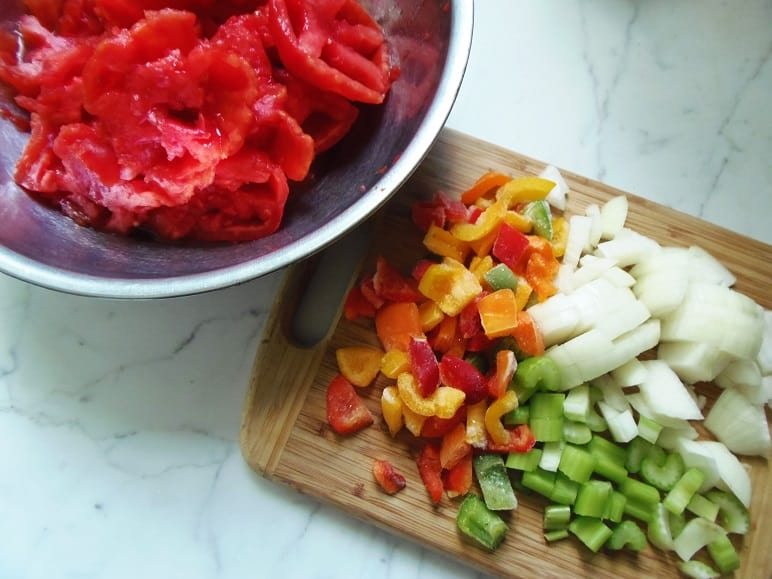 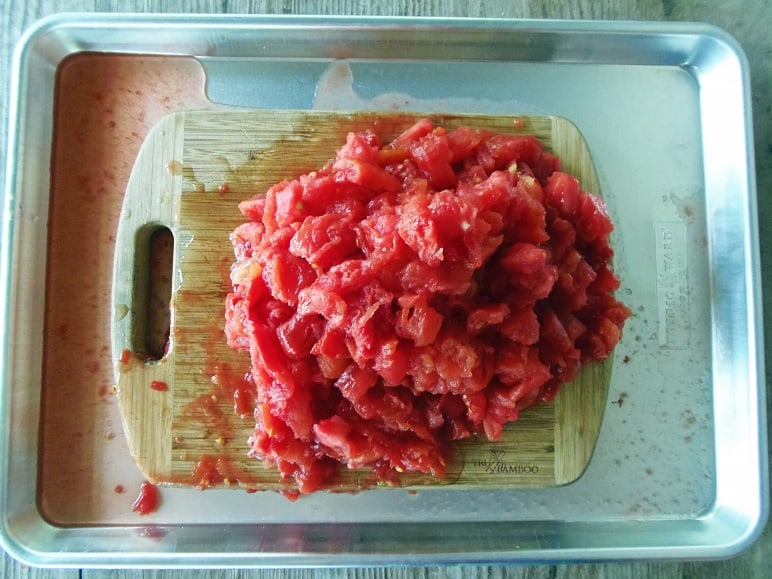 Peel, core, seed and dice your tomatoes. Need a quick lesson on how to do this? Here’s how to peel tomatoes, and here’s how to core and seed tomatoes. 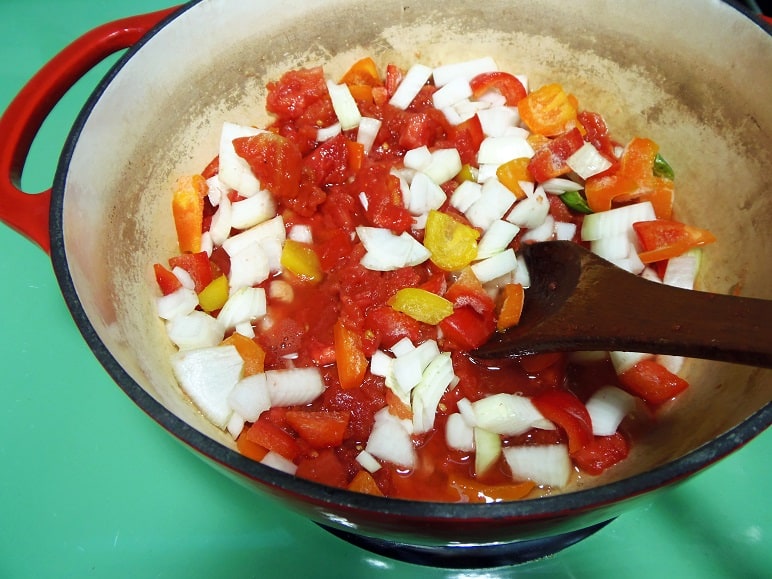 Bring the tomatoes, onions, pepper and celery to a boil in a non-reactive pot. Then, reduce the heat to a simmer; cover; and cook for another 10-15 minutes, or until the celery, peppers and onions are soft. 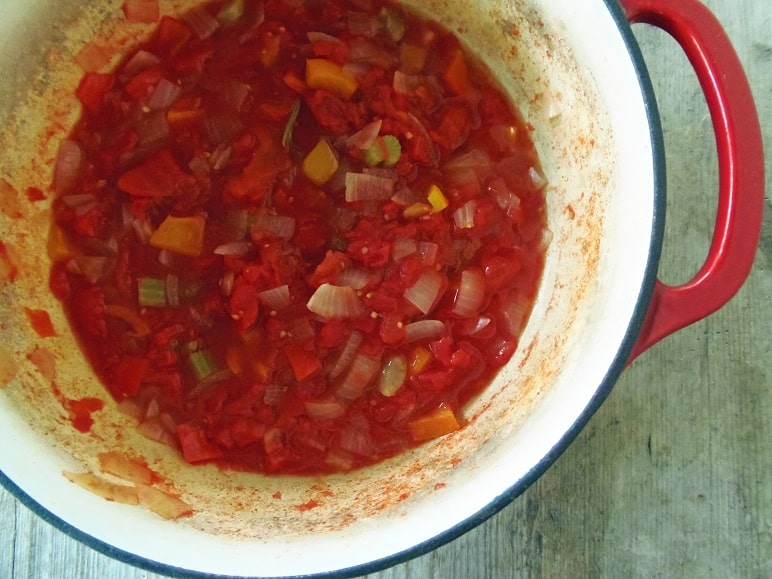 Add the sugar and seasonings, and stir to combine. The sugar will help to balance out the acidity of the tomatoes, so don’t leave it out unless you have to.

This recipe has not been developed or tested for home canning, so it should only be preserved by freezing.

Many old-fashioned stewed tomato recipes call for thickening the finished dish with a bit of cornstarch, bread crumbs or cubed bread. Still others call for adding a tablespoon or two of butter. There’s plenty of room to make this recipe your own. Experiment with different spice combinations; omit the salt for a sodium-free version; or add a splash of hot sauce for some heat.

This recipe makes between one and one-and-a-half quarts of stewed tomatoes. If you have loads of tomatoes on your hands, just double, triple or quadruple the ingredients to make a bigger batch. You’ll need to extend the cooking time a bit, but no other adjustments are necessary.

Place tomatoes, onion, pepper and celery in a non-reactive pan. Bring to a boil. Then, reduce heat; cover; and simmer for another 10-15 minutes, or until vegetables are soft.

Stir in sugar and seasonings.

Serve hot; or allow it to cool; then, freeze for later.