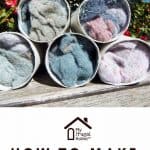 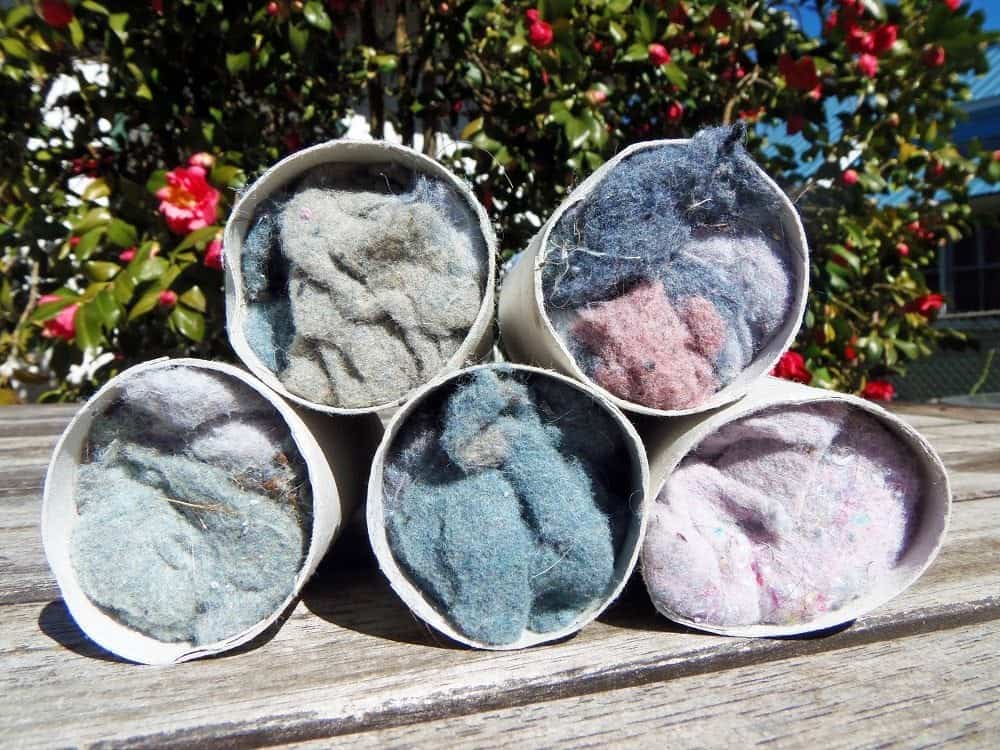 Battling ticks in your yard? Then, you may be surprised to learn that toilet paper rolls and dryer lint could be the key to getting rid of them.

Sound crazy? Allow me to explain.

When ticks first hatch, they’re too small to latch on to deer, humans and other large animals, so they usually latch onto mice. A single mouse may play host to 100 ticks! If you’re serious about eliminating the ticks on your property, it’s smart to go after them at this phase, and that means finding a way to kill the ticks while they’re still on the mice. An easy way to do that is with tick tubes.

What are Tick Tubes?

They’re really nothing more than cardboard tubes that have been stuffed with permethrin-coated cotton. Permethrin is a natural pesticide made from chrysanthemums, and it’s highly effective against ticks. By placing it on a wad of cotton, the hope is that mice will find the cotton, and carry it back to their nests to use as bedding material, thereby killing any ticks that they’re hosting. It’s a simple, but effective way to dial back the tick population in your yard.

Several companies sell tick tubes; but it’ll cost you about $200 a year to treat a half-acre. So, I recommend making them yourself. One $20 bottle of the active ingredient is enough to keep you in tick tubes for years.

Here’s a video and step-by-step instructions to show you how they’re made. 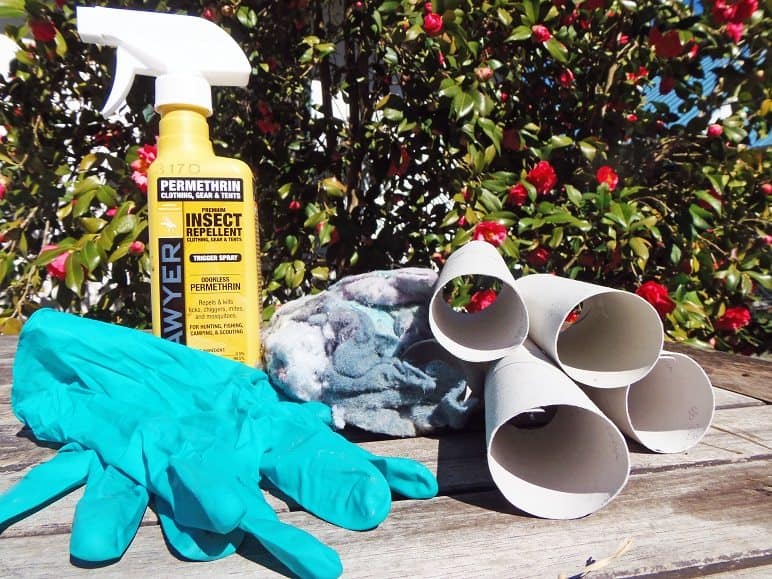 Empty toilet paper rolls
Dryer lint (or cotton balls)
Gloves
A mask
A cardboard box
Permethrin insect repellent. You can buy it in diluted form or as a concentrate. Look for it on the camping/hunting aisle.
A spray bottle (if the permethrin didn’t come with one)

Tip: For the biggest savings, go with permethrin concentrate. You’ll have to dilute it, and put it in your own spray bottle, but you’ll get a lot more for your money. 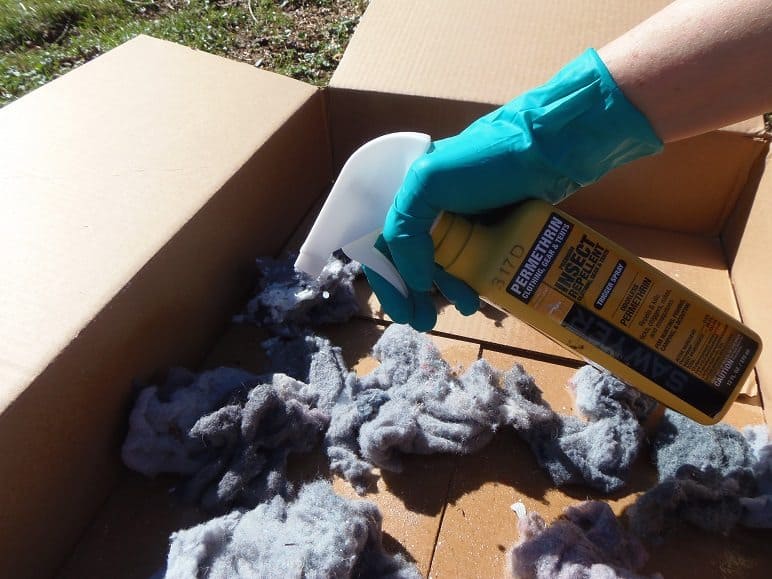 Working outdoors, while wearing gloves and a mask, place your dryer lint in a box, and spray it liberally with diluted permethrin (refer to the bottle for the proper dilution rate). 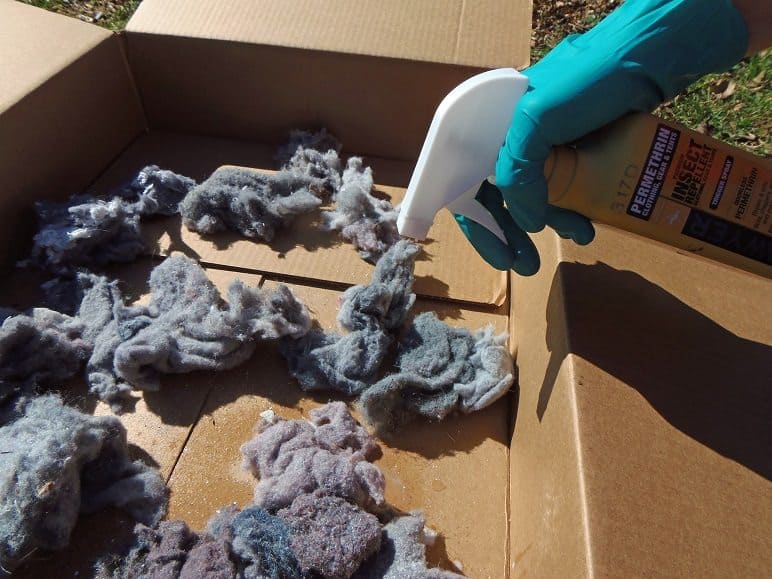 Allow the lint to dry. Then, flip it over, and spray the other side. 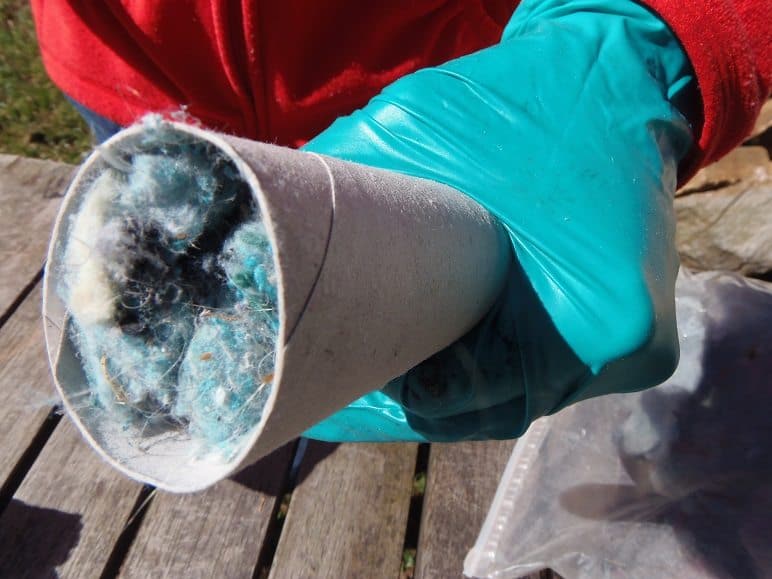 Once both sides are dry, stuff the lint into your empty toilet paper rolls, and your tick tubes are ready to use. 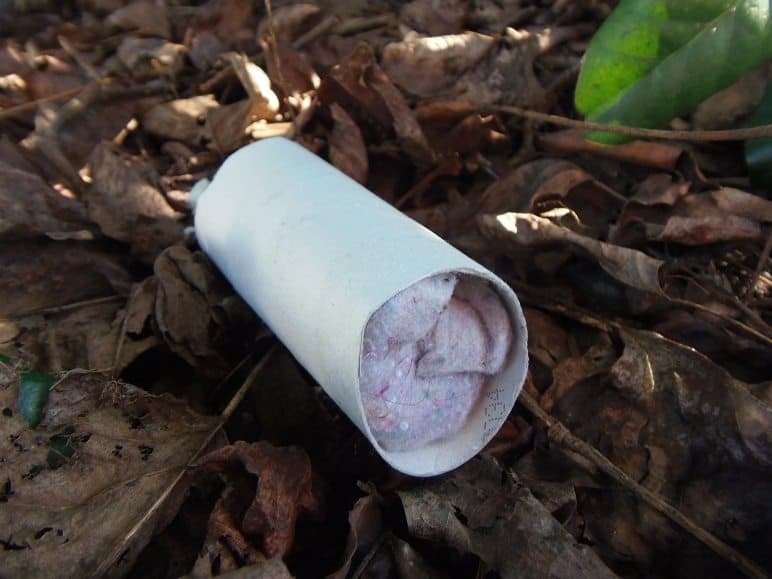 Where Should I Use My Tick Tubes?

Place your tick tubes around the perimeter of your yard, and in areas where you spend a lot of time. Be sure to include areas that look like prime mouse habitat – near rocks and wood piles, in overgrown and wooded areas, around buildings, etc. This will help mice to find your tubes faster.

How Long Do Tick Tubes Last?

Permethrin isn’t water soluble, so it won’t wash off in the rain, and the bottle says a single application lasts 42 days. To maintain efficacy, I recommend replacing your tick tubes twice a year, once in the spring when the nymphs emerge and once in the late summer when the larvae hatch. April and July are common application times, but you may need to adjust the times a bit to match the weather patterns in your area. Here in Tennessee, I typically put my first batch out in March.

How Many Tick Tubes Do I Need?

Commercial manufacturers sell a pack of 24 tick tubes to treat a half acre area. Presumably, this is based on treating the perimeter of the property only. If you have a bunch of outbuildings and trails that you want to treat, you’ll probably need to increase this number accordingly.

How Can I Tell If They’re Working?

Obviously a lack of ticks is the best indication that they’re working, but if you’re curious to see if the mice have taken the bait before you reach that point, just take a peek at your tubes. If the lint is missing or disturbed, you can be confident that a mouse is responsible.

Are Tick Tubes Harmful to Other Animals and Insects?

Permetrin is regarded as safe for humans, dogs and mice, but it’s not safe for cats, at least when it’s wet. According to the permethrin bottle that I bought, it’s okay for cats to be around it once it’s dry. You’ll have to decide if you’re comfortable with that.

Also, note that because permethrin is a broad spectrum insecticide, it’s important to take care in its application. Do not apply it in areas where it may affect bees and other pollinators, or around bodies of water. It’s harmful to fish and other aquatic organisms.

Where Can I Buy Tick Tubes?

If you’d rather not make them yourself, you can buy tick tubes on Amazon. 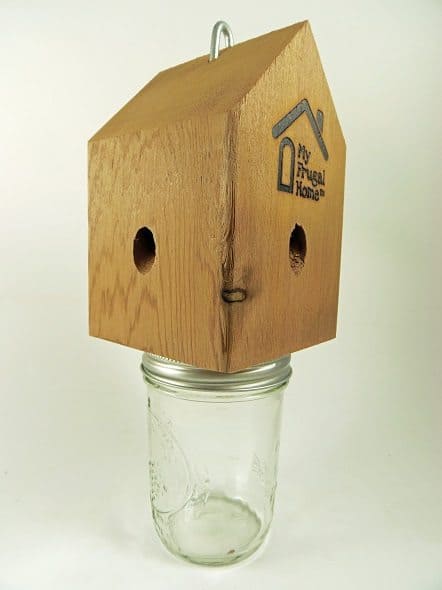 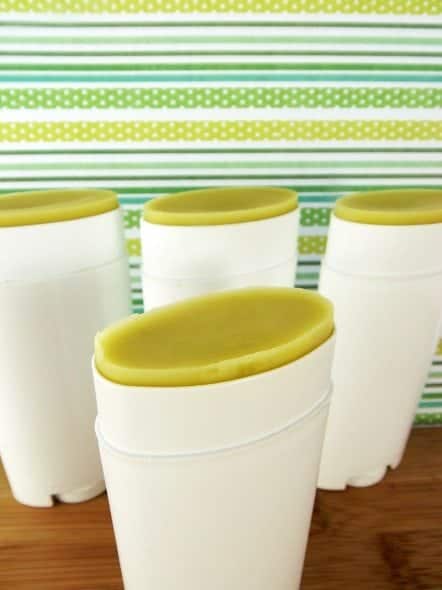 How to Make Bug Repellent Sticks 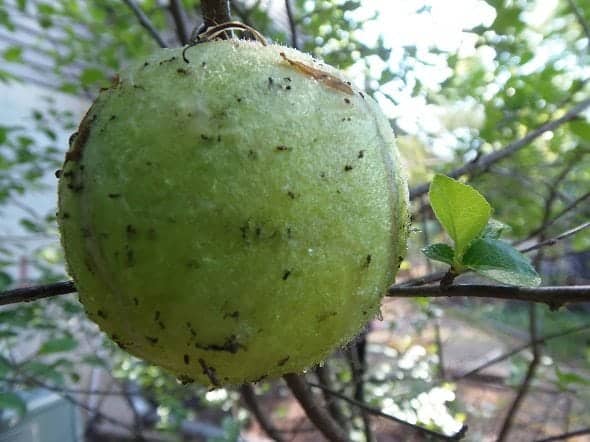 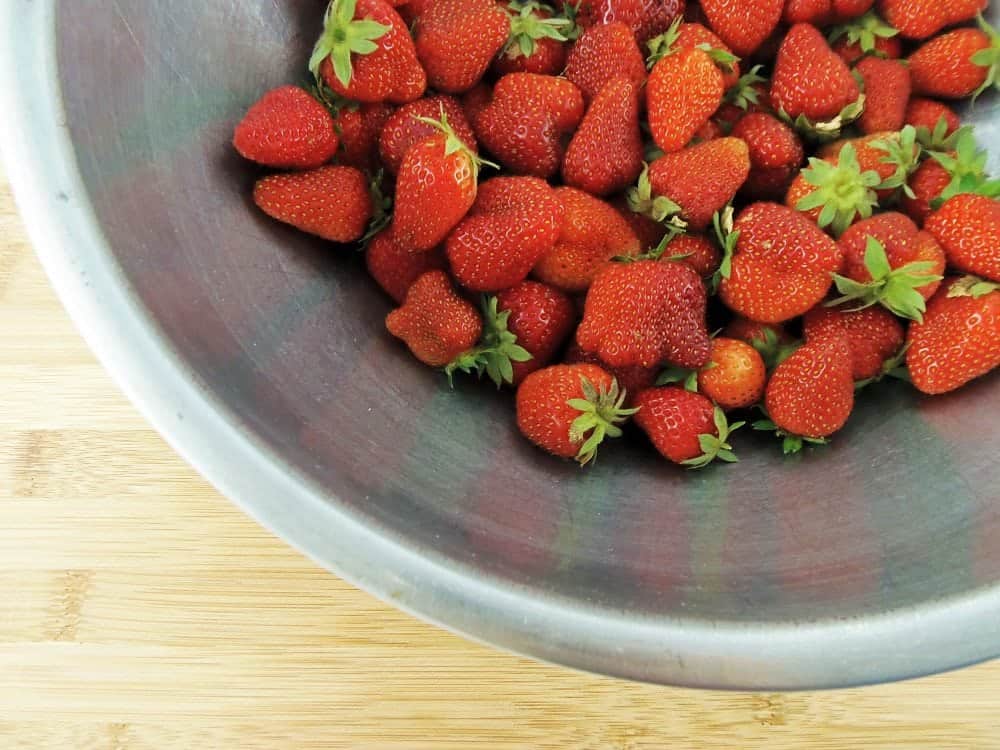 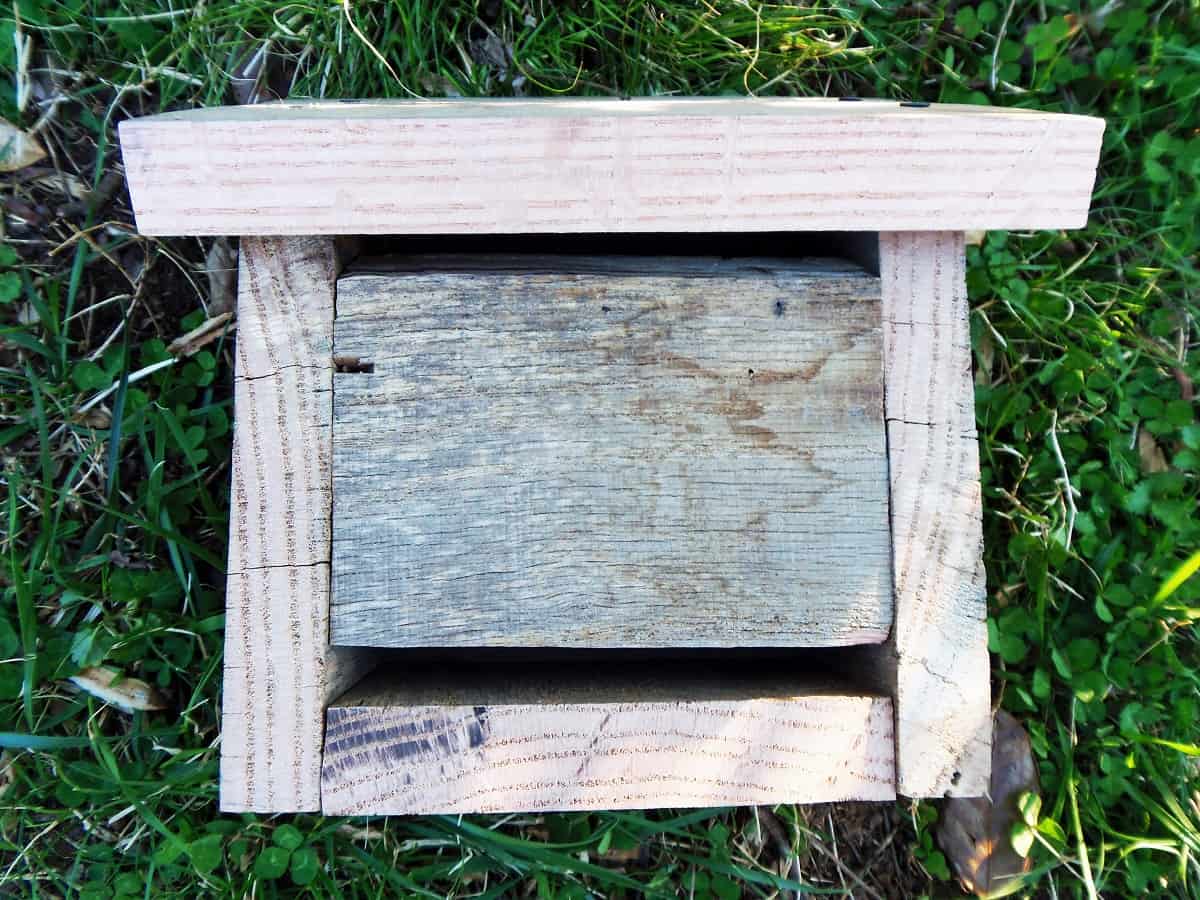 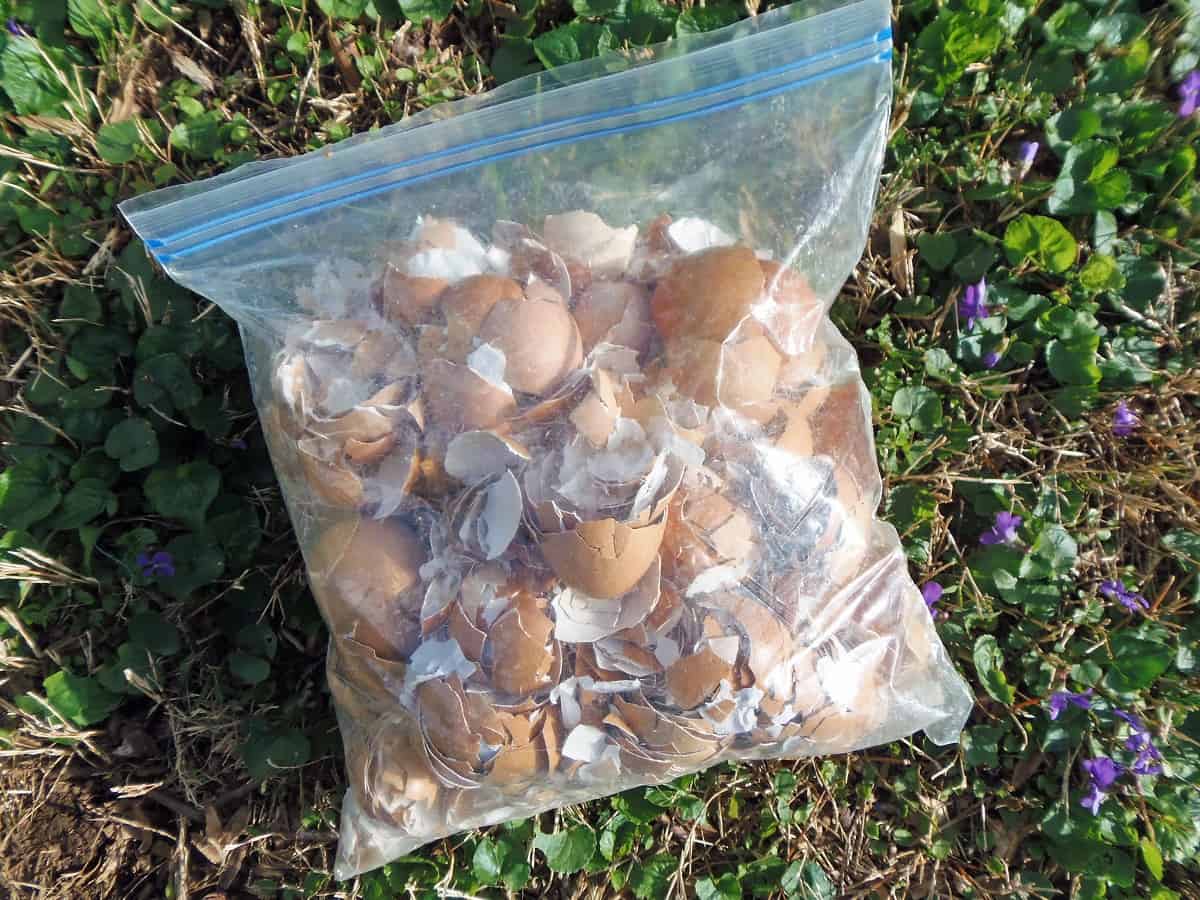 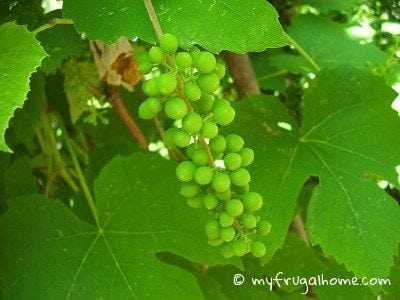 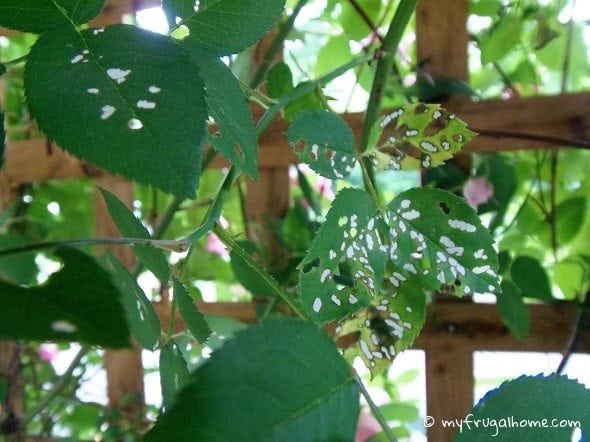