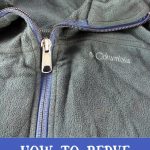 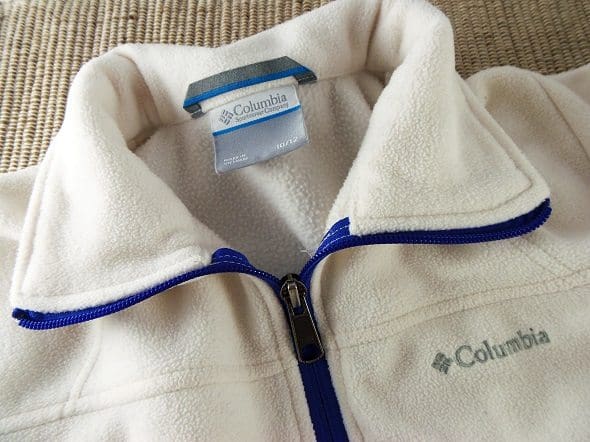 Last week, I found a Columbia fleece at a yard sale for my oldest daughter, and I only paid $2 for it. I thought I’d gotten a killer deal, until I discovered it had a stain. 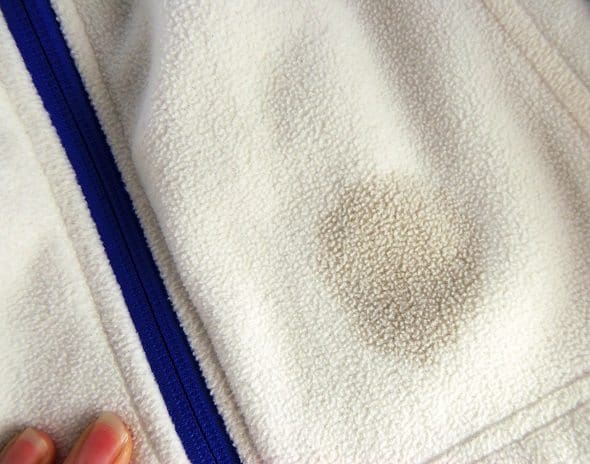 How did I overlook that?

I don’t know, but I was determined to salvage the jacket. Because, aside from the stain it was a really nice jacket.

Now, I could have tried to get the stain out, or bleached it, I suppose, but I decided to try to redye it instead.

Since the fleece was 100% polyester, I knew regular Rit Dye wouldn’t work, but I didn’t know if there was anything that would. So, I did a bit of research and discovered that Rit has a new dye for synthetic fabrics, like polyester and nylon. It’s called Rit DyeMore.

Then, I did a bit more digging, and learned that you can only get it three places: the Rit website, Amazon and Hobby Lobby. I checked both online options, and the shipping was pretty steep, so I hit Hobby Lobby, armed with a 40% off coupon. 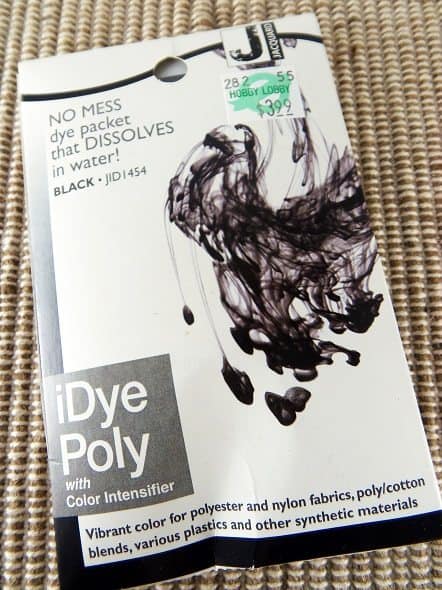 And … they didn’t have DyeMore. Bummer. But … they did have another dye for synthetic fabrics called iDye Poly for $3.99 ($2.39 after coupon), so I snagged a packet of black, figuring it would cover the stain well, and be a nice basic go-with-anything color.

The package said it was enough to dye two to three pounds of fabric, so I weighed the fleece jacket. Then, I headed to my closet to see what else I could find to dye. Here’s what I came up with: 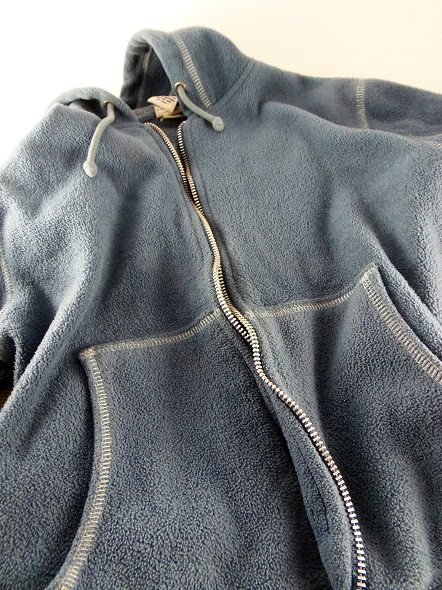 A blue fleece hoodie that my sister passed on to me when she was done with it. I’ve had it for years, and it’s my favorite jacket because it’s so cozy, but I’ve never liked the color … 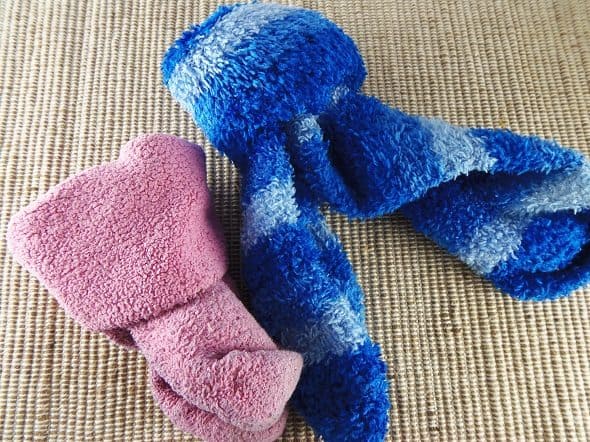 and two pairs of fleece socks. Cozy, but again, not my color.

This brought me to just under two pounds of fabric. Perfect.

The directions recommended using the stove-top method to dye the fabric, so I pulled out my big stock pot, and got to work.

Here’s what I did:

I stuck all the stuff I wanted to dye into the pot, and filled it with warm water. The directions said to add enough for the fabric to move freely (kinda vague), so I filled it until everything was covered, and made sure the fabric moved around, when I stirred the pot. Then, I removed all the clothing, squeezed the excess water back into the pot, and set the clothes aside, while I prepared the dye bath. 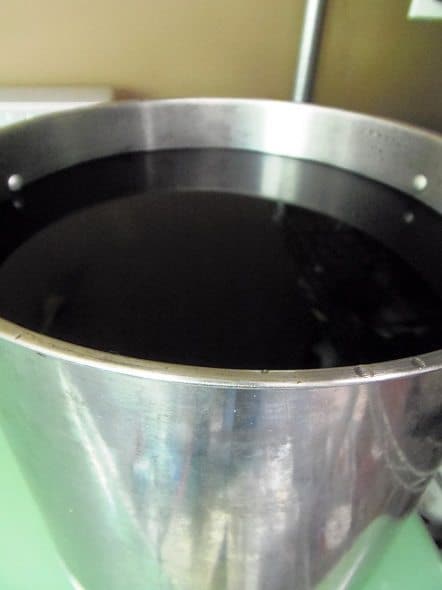 There were two packets to add to the water: a dye packet and a color intensifier. I stirred both in; then, added my clothes back to the pot, and brought it to a boil, stirring regularly.

It said to keep the fabric at that temperature for 30 minutes to an hour. Since I was using such a dark color, I opted for an hour. 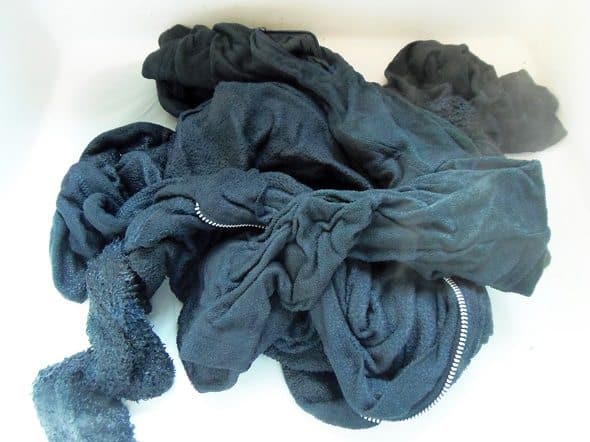 When an hour had passed, I slowly and carefully poured the pot into the sink, fabric and all (it’s sewer and septic safe). Then, I ran cold water over the clothing. Since everything was scorching hot, I used the spoon I’d been using to stir the pot, to move the clothes around.

Once everything was cooled down, and the water was running clearer, I squeezed all the excess water out of the clothes, and ran them through the washing machine on cold.

So how did everything turn out? Take a look: 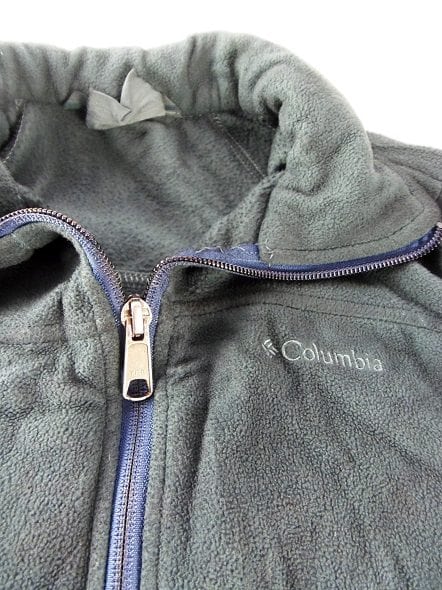 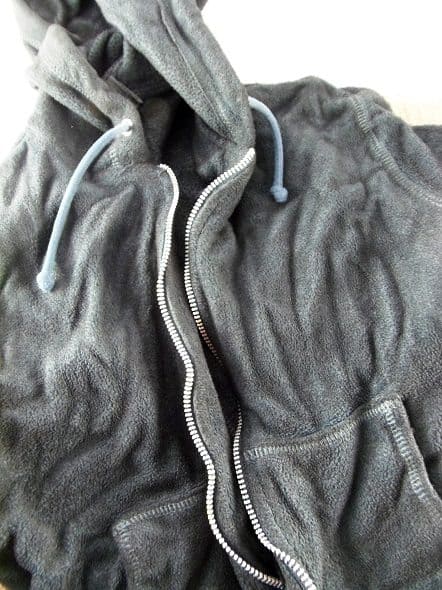 My fleece hoodie also came out charcoal grey. Much more my style than that blue ever was. 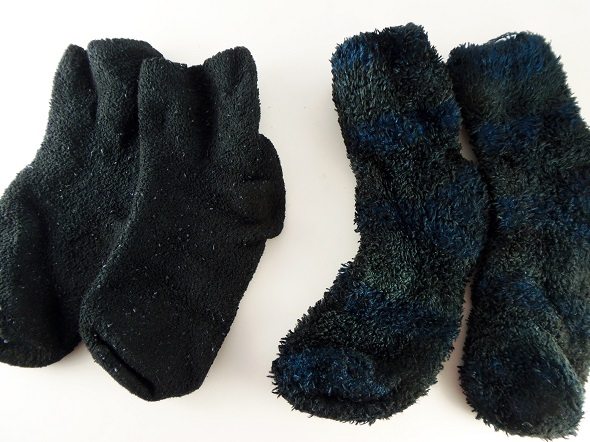 The pink fleece socks came out a true black. The blue socks didn’t take the dye completely. See how the dark blue stripes are still visible? That probably means they weren’t 100% poly, since the dye only works on synthetic fabrics. Still, I like them a lot more this way.

I think we can call this project a success.

Want to try your hand at redying fleece? Maybe you have a few things in your closet that are in need of a makeover? Here are some things to know before you get started: 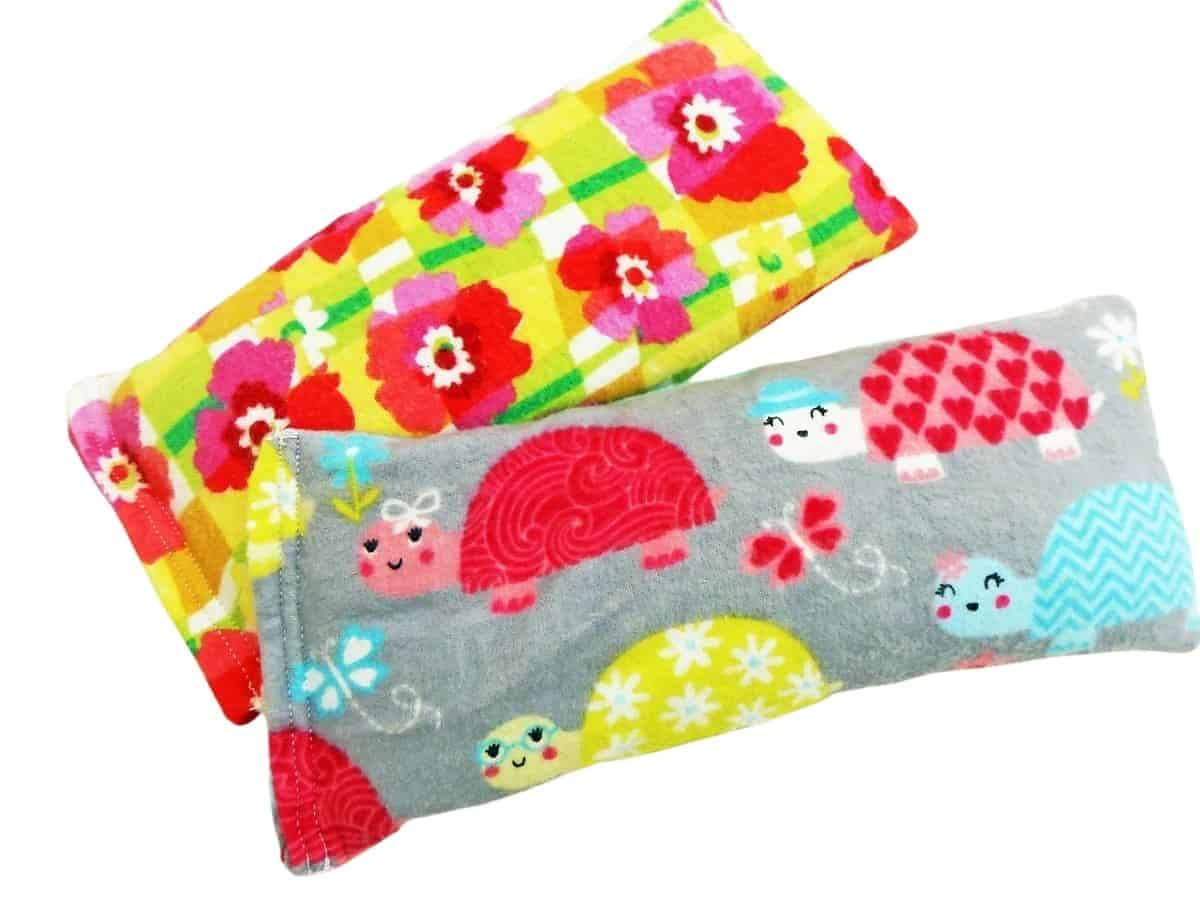 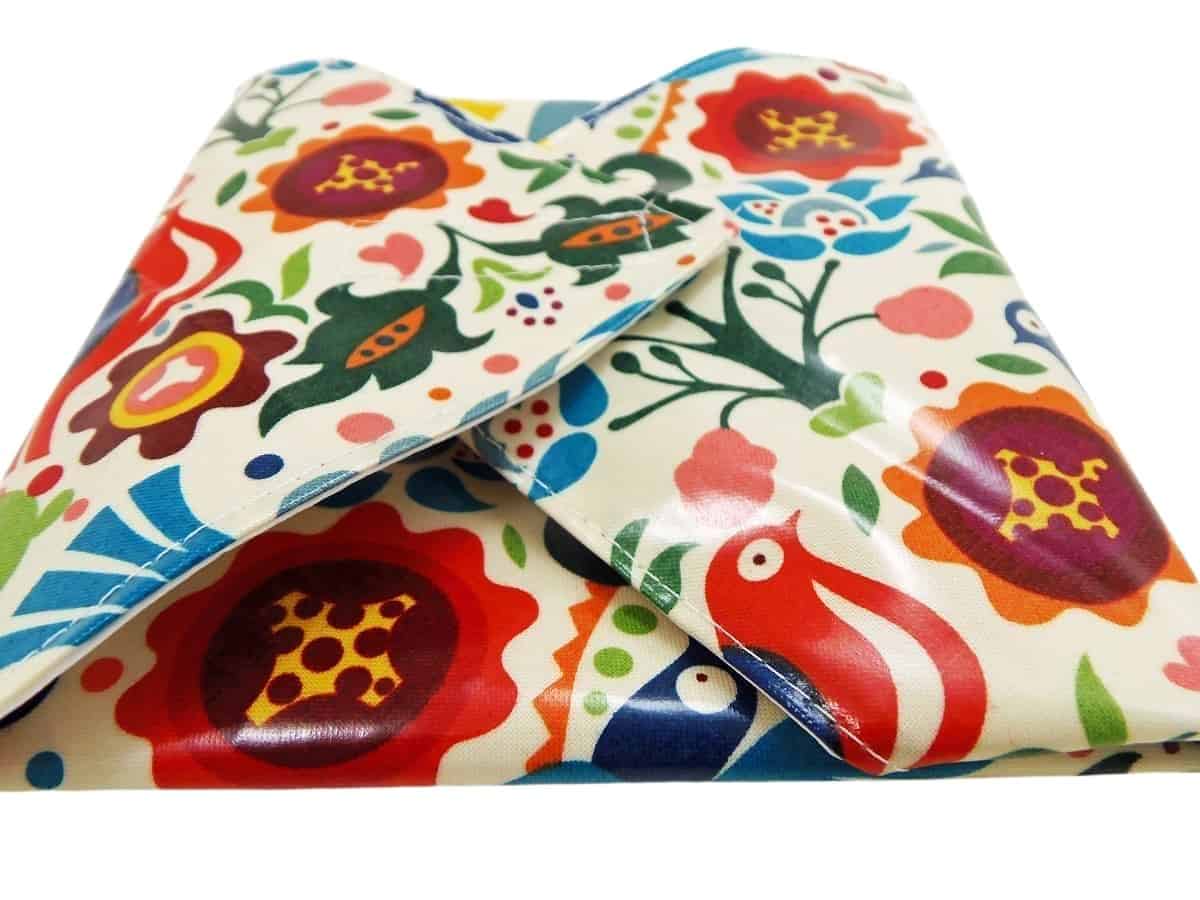 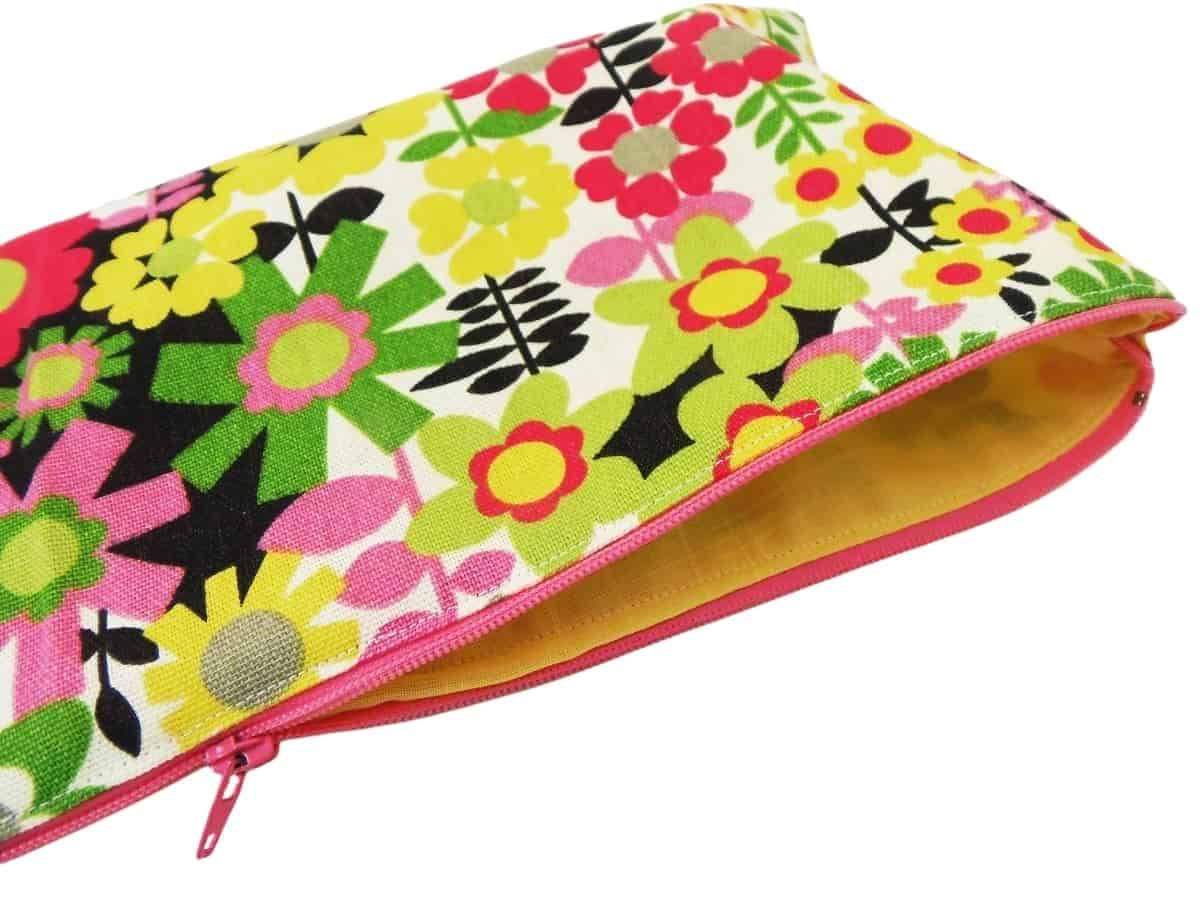 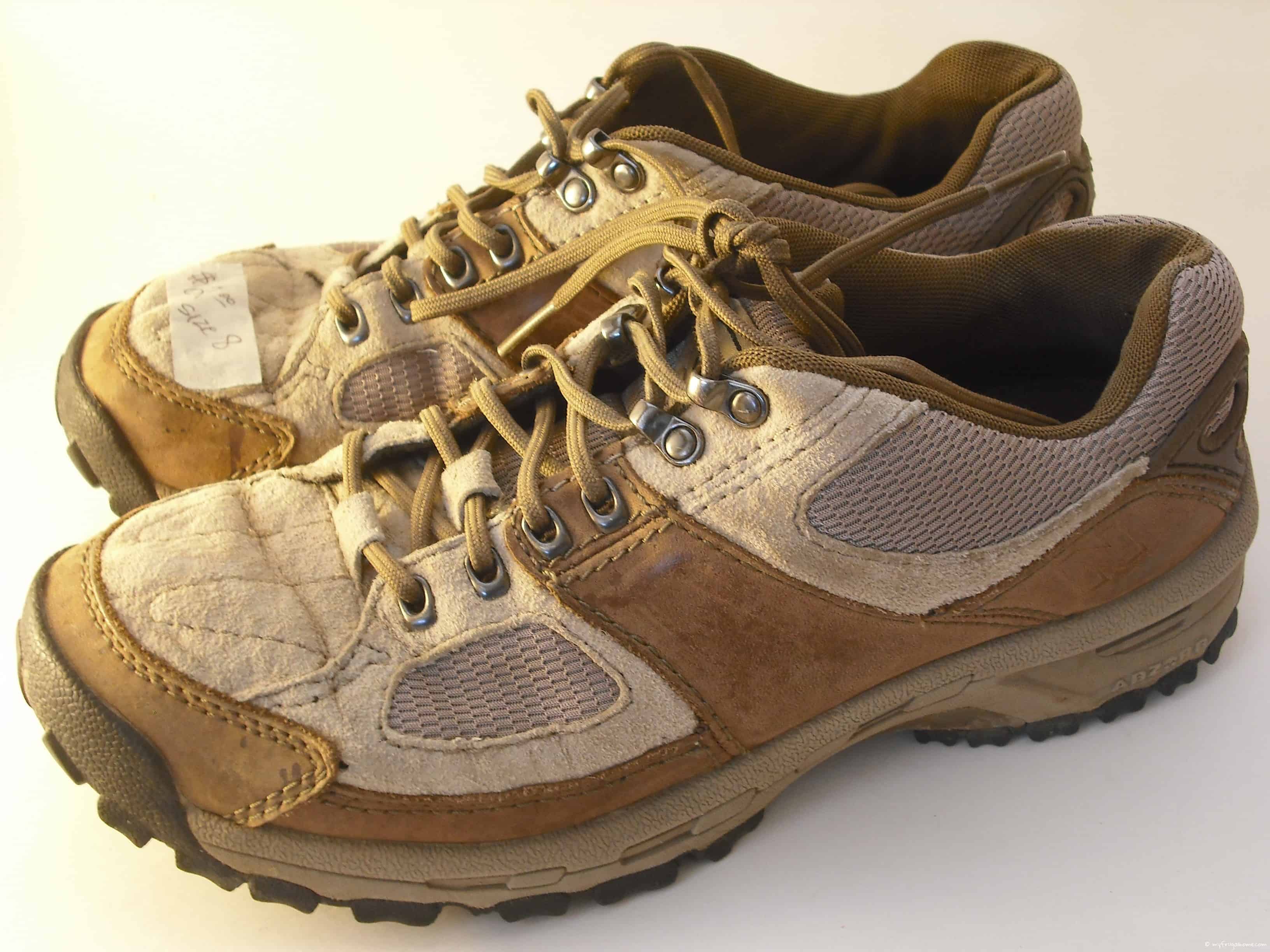 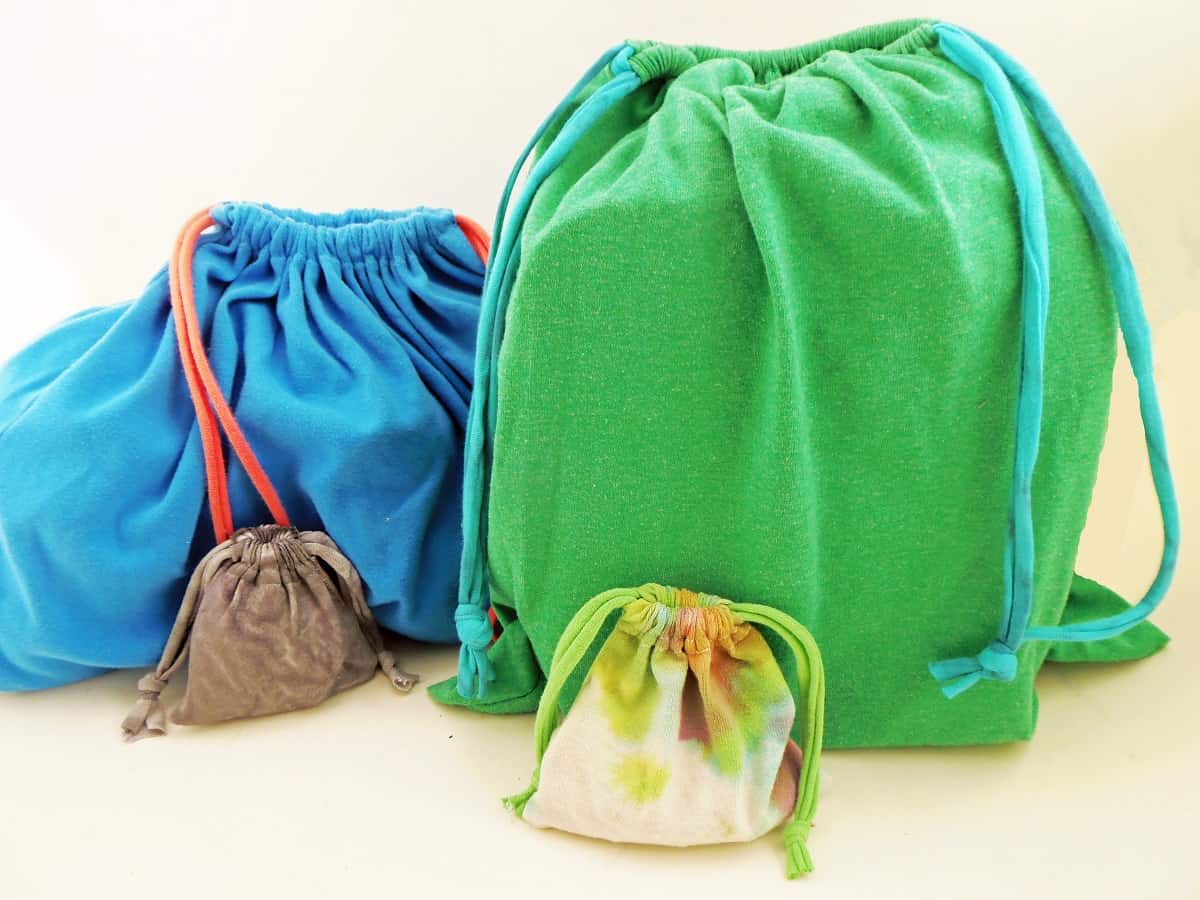 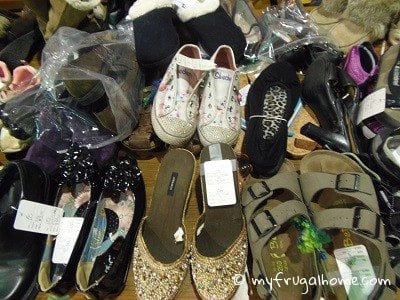