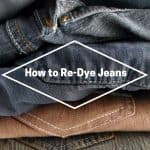 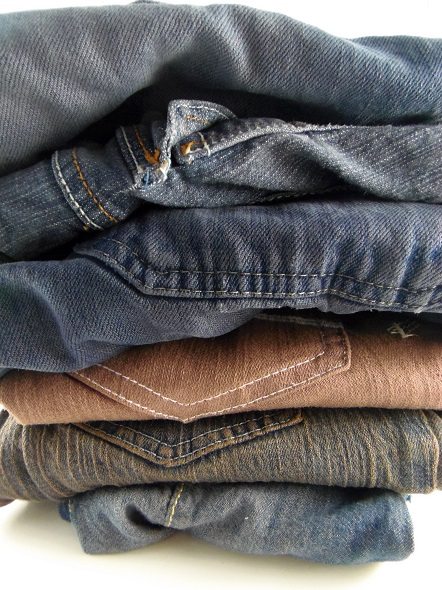 In the past month, I’ve redyed fleece, towels and now jeans. Yep, it’s fair to say I’m on a bit of a redying kick. It’s just such a cheap and easy update; I can’t help myself. 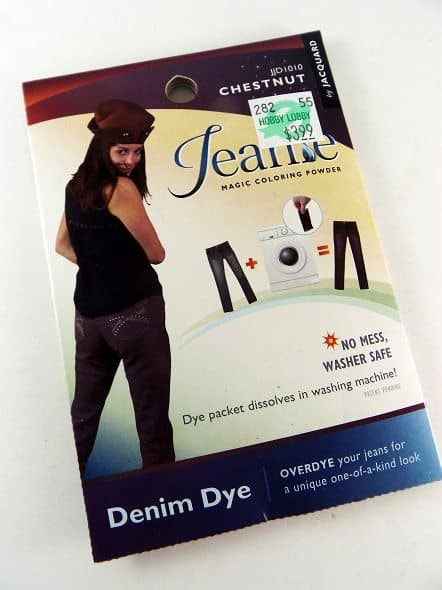 When I was in Hobby Lobby picking up fleece dye a few weeks ago, I noticed that they also sell a jean dye, called Jeanie (it’s available on Amazon, too). It comes in lots of really bright colors (14 to be exact), but I was drawn to the maroon color that you see above. It’s called chestnut, even though it’s definitely not brown (go fig). I didn’t buy any that day, but I made a mental note to try it soon.

Soon ended up being this past weekend. 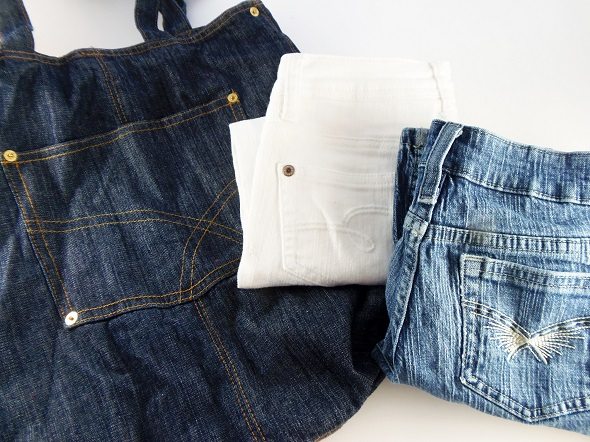 Since I wanted to see how the dye would work on different jean colors, I dyed a white pair of jeans, a light blue pair of jeans and a dark blue tote bag.

One packet is enough to dye one to three pairs of jeans. I dyed kid jeans, so I probably could have gotten away with dying a few more things. 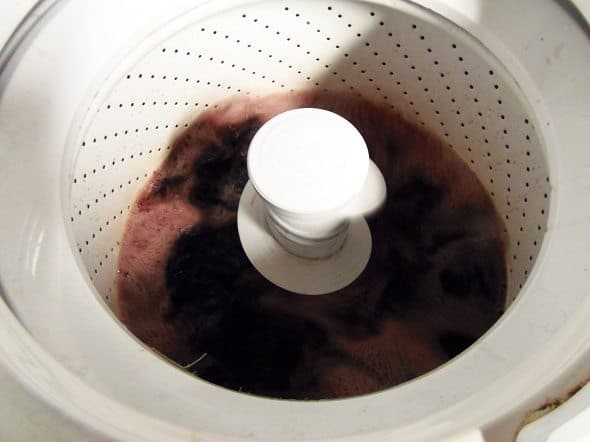 The dying process couldn’t have been easier. You just set your washing machine to the hottest, longest, smallest load setting. Then, you toss the little dissolvable dye pouch in, and once it’s dissolved, you add your jeans. As with most dyes, the instructions recommend doubling the wash time, so your items sit in the dye bath longer. This requires turning the dial back to the start position, before the rinse cycle begins. I always felt like I had to stand there to ensure I’d catch it before the tub drained, but apparently I was making things harder than they needed to be. My husband informed me that the machine will stop after the wash cycle, if you leave the lid up (we have a top loader). So, that’s what I did this time, and it worked just like he said. Who knew? Probably everybody, but me. But just in case, I figured I’d pass that little tip on.

I don’t know if there’s a way to make a front loader stop after the wash cycle, but if any of you know how to do it, please leave a comment. Not having to babysit the washing machine really improves the process.

Okay … so back to dying. Before I started the second wash cycle, I added a cup of salt (the manufacturer recommends doing this to increase the color intensity). Then, once the jeans sat through two wash cycles, I allowed the washing machine to continue with all of it’s normal rinsing and spinning. When it was done, I changed the temperature setting to cold, added detergent, and then ran it again to remove the extra dye.

When it was done. I transferred the jeans to the dryer. Then, I set the washer to it’s largest load setting, added detergent and bleach (I use a non-chlorine bleach, out of personal preference), and ran it again to clean the machine.

So how did the jeans turn out? Brilliantly. 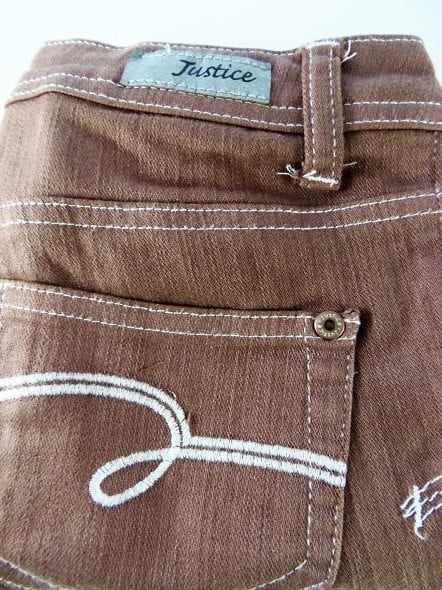 Here are the formally white jeans. See how the embroidery on the pocket didn’t get dyed? That’s because it’s made out of a synthetic thread. The jean dye only works on natural fibers. That usually means the threads, buttons and tags on a garment won’t get dyed. Usually that’s a good thing. If you want to dye those things though, just add a packet of iDye Poly to your dye bath. It’ll dye the synthetic parts. Jeanie will dye the natural parts, and the two dye won’t interfere with each other in the least. 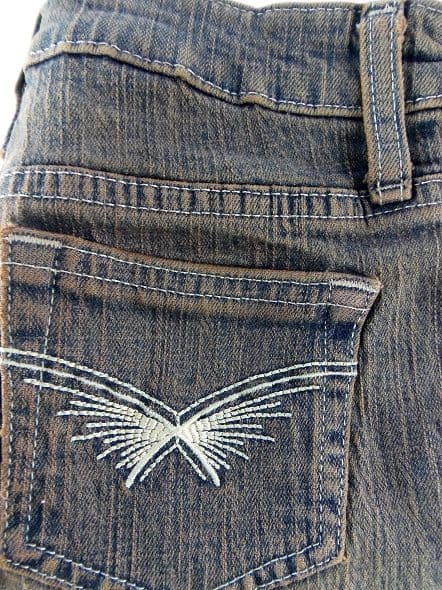 Here are the light blue jeans. I love how they turned out, but I don’t think the photo did a good job of capturing them. All of the really light portions of the pants were dyed, which created a really cool vintage wash effect. After seeing these, my husband and I both want to dye some of our jeans. 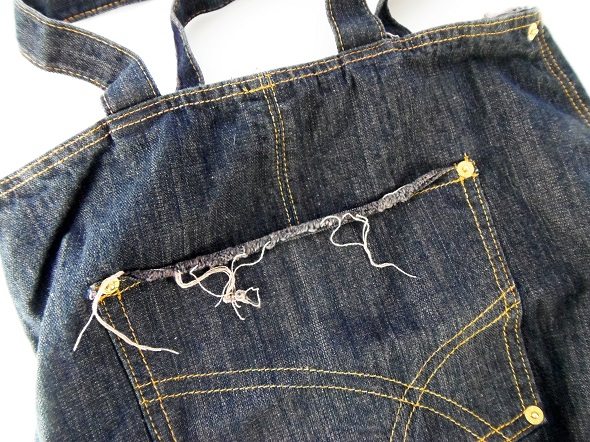 The tote bag was just too dark to dye. The inside of the bag and some of the strings have a maroon tinge to them, but that’s pretty much the only change. I won’t use this dye on really dark denim again. 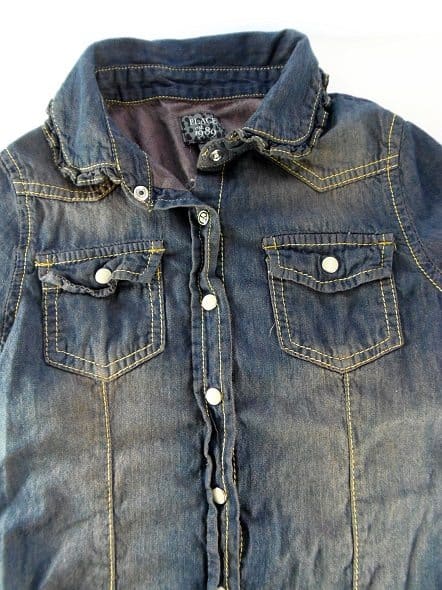 And here’s a bonus: My oldest daughter asked me to dye her jean shirt at the last minute, so I don’t have any before photos of it, but it went from a boring light blue to this gorgeous vintage wash. The dye darkened up the denim, and then gave all the light areas a really fantastic wash effect. She was thrilled.

Actually, my girls were thrilled with all of it. They brought me clothes that they didn’t love, mostly because the jean colors were a little dated, and after a quick update these have all become items that they’ll wear. Definitely worth the small effort that it took.

So, that’s one option for dying jeans, but what about when you just want to dye your jeans a darker blue?

I decided to give that a try, too. 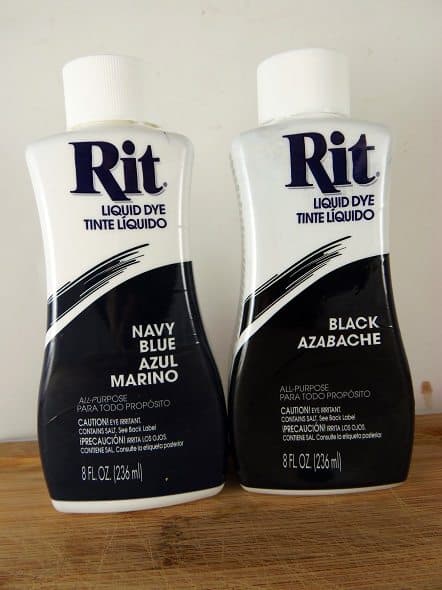 I did some reading on the Interwebs, and found that people who had tried it recommended mixing a couple dye colors together to get the right color. I wanted a really dark wash, so I decided to try a bottle of black dye mixed with a bottle of navy. Oddly, there aren’t any traditional jean colors in the Jeanie line, so I used Rit dye this time. It was $2.50 a bottle at Walmart (you can buy it in powdered form, too).

Here’s what I decided to dye: 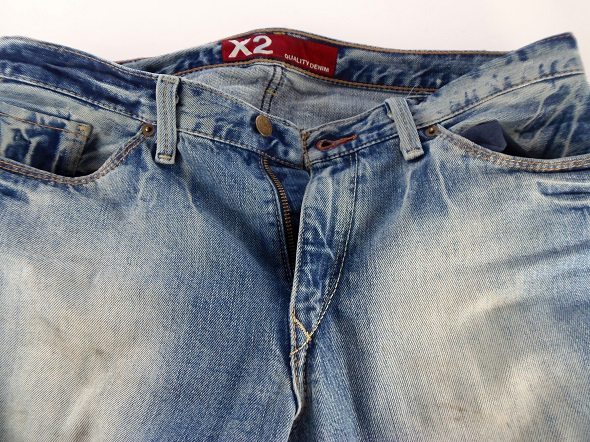 A pair of my husband’s jeans that were too light. 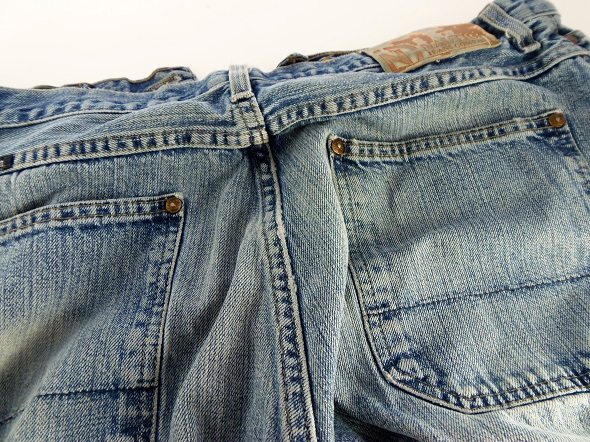 Another pair of my husband’s jeans that had started out fairly dark, but faded over time. These also had some stains that I was hoping to cover up … 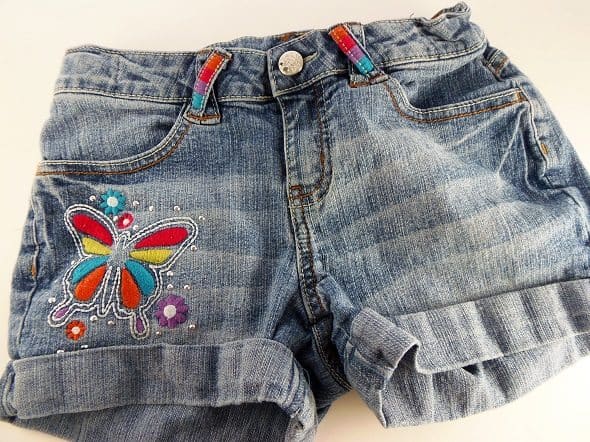 and a pair of my oldest daughter’s shorts that felt a bit dated because of their light color.

Now, Rit says you can dye four pounds of fabric with one batch of dye, but I’ve found that you can dye much more than that. My rule of thumb: as long as you have enough dye to fully submerge all the items you’re dying, you’ll be good. I mean it’s not like adding more items dilutes the dye in any way, and I’ve never had items suck up all the dye in the bath – not even close.

This time, I dyed around six pounds of fabric. Guy jeans are heavy!

The process varies only slightly from the process that I shared for Jeanie. First you get all the garments wet, and wring them out. Then, you set your machine on the hottest setting and the smallest load that will allow the garments to move about freely. Since I only had a few items to dye, I set mine for a small load.

Once the machine started filling up, I added both dye bottles and a cup of salt (to make the colors more vibrant), and waited for the agitator to mix them at the start of the wash cycle. When I was satisfied that the dye bath was well mixed, I added the jeans, and allowed them to go through a wash cycle. Then, I restarted the machine, and allowed them to go through a second wash cycle. After the machine had gone through a complete wash load, I reset the machine to warm, added detergent, and washed the jeans to remove any excess dye. When they were done, I stuck them in the dryer, and cleaned the washing machine by setting it to its largest setting and adding detergent and bleach. 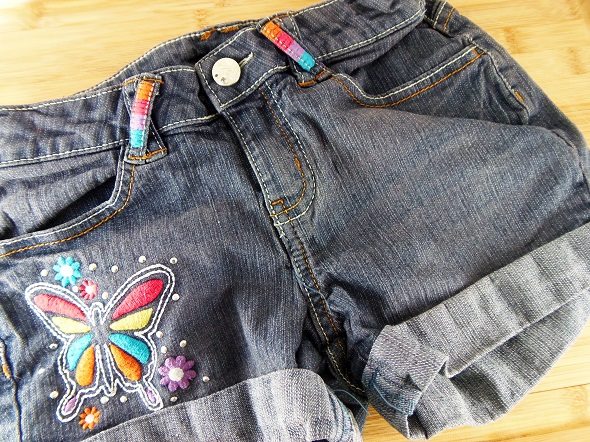 My daughter’s jean shorts turned out great. I love how the grain of the jeans shows up so much more now. 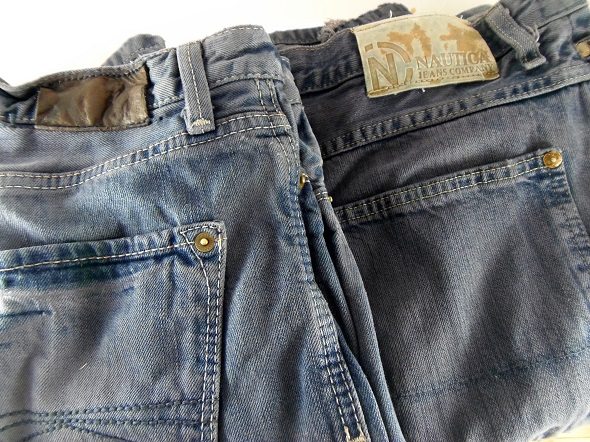 My husband’s jeans came out a good bit darker, but they aren’t nearly as dark as I’d hoped. The color is also more muted than I expected. Since dying them, I came across Rit’s online dying instructions, and they’re quite a bit different than the version that appears on their bottle. It suggests leaving the items in the dye bath for up to an hour, and it calls for diluting the salt in four cups of hot tap water before adding it to the machine. I also came across Rit’s instructions for bucket-dying denim, as well as some recommended denim dye formulas for achieving really dark blues. I’m going to pick up a couple more bottles of dye, and experiment some more. I’ll let you know, if I land on something that works better. 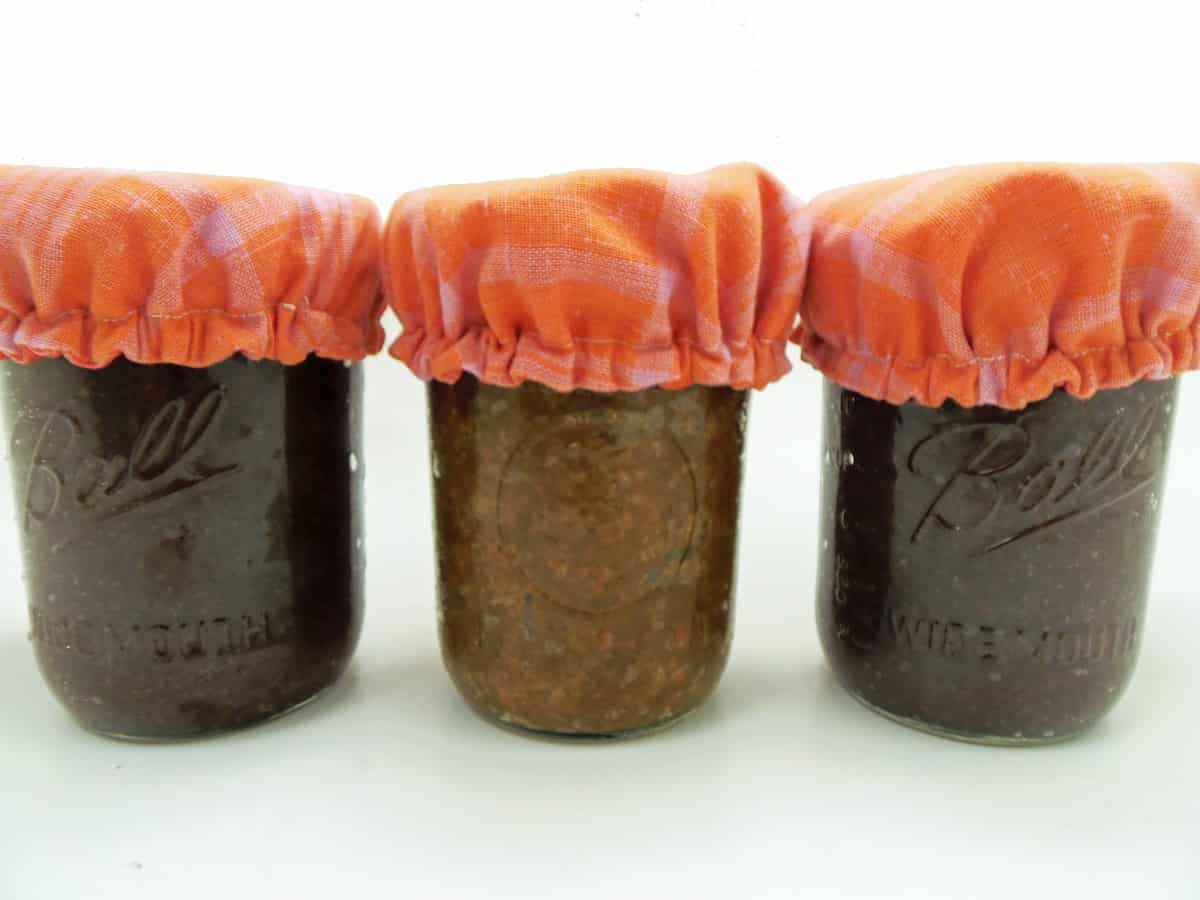 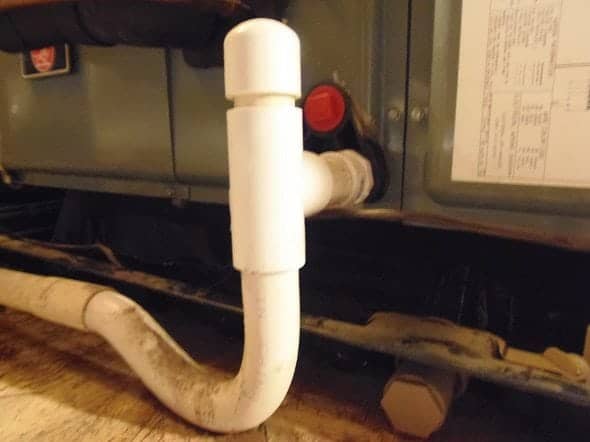 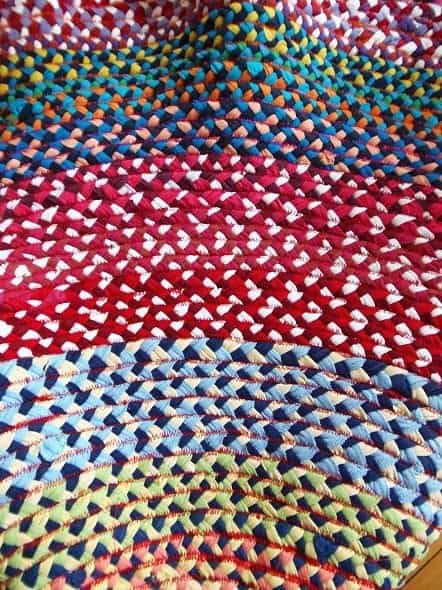 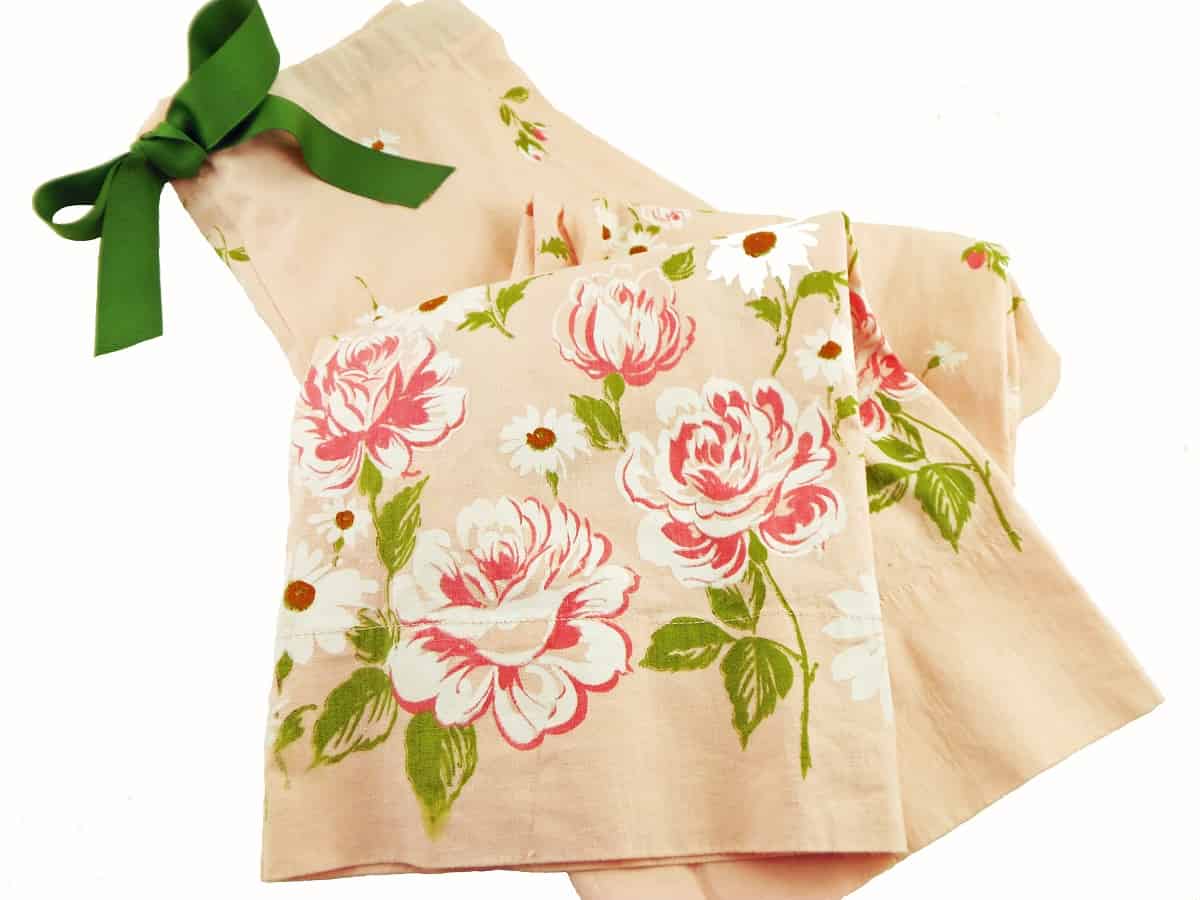 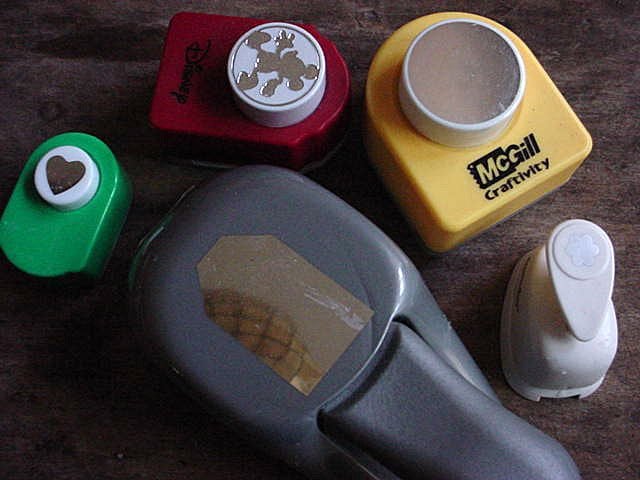 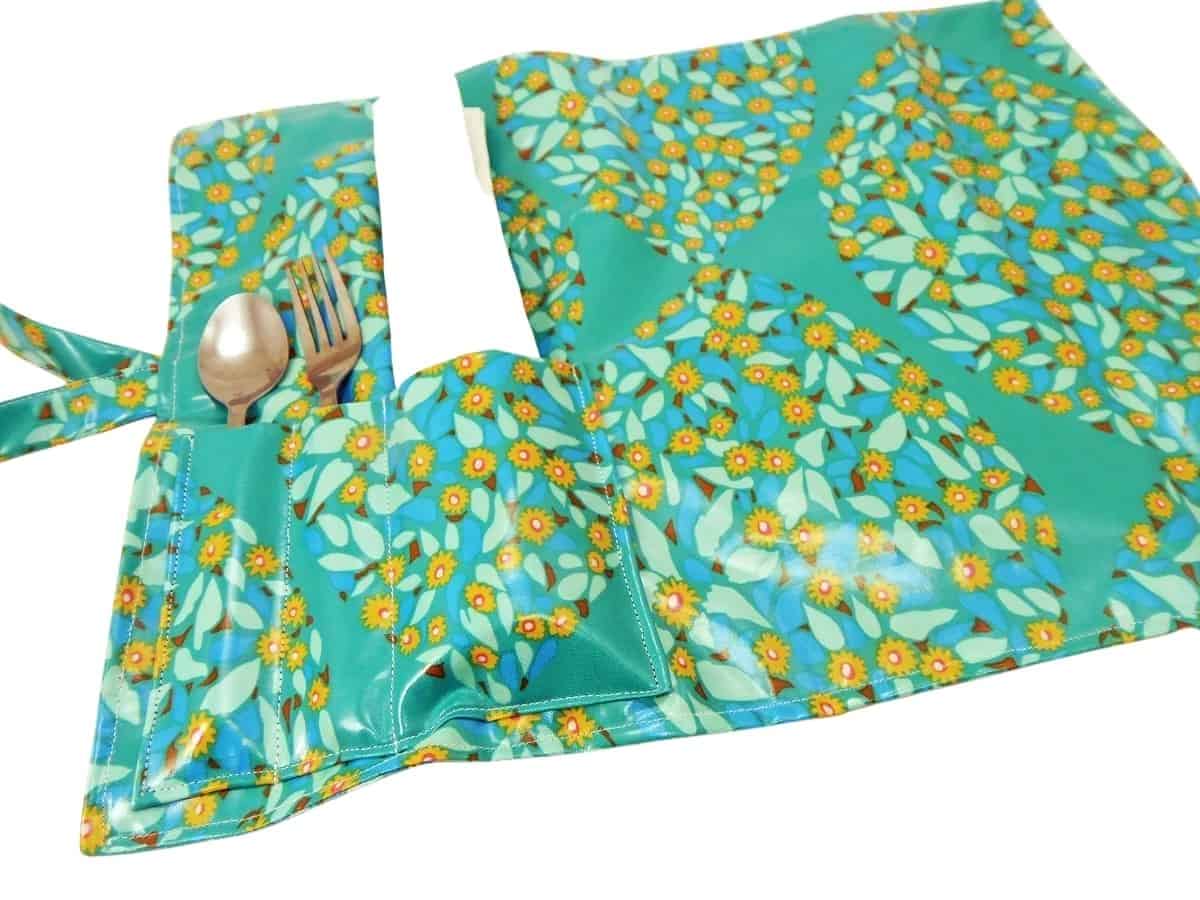