You are here: Home / DIY / Fix-It Projects / How to Revive Old Towels 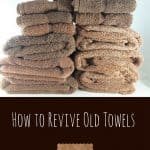 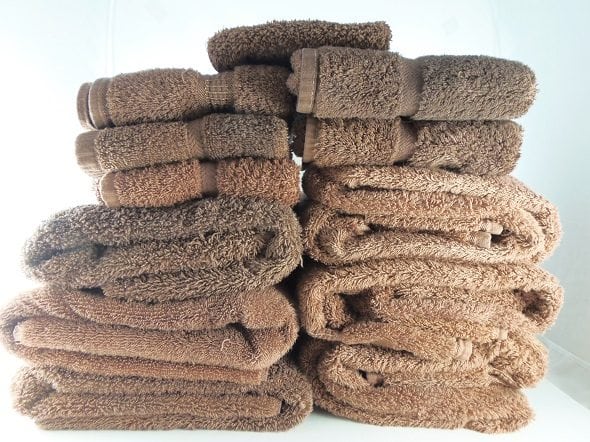 How to Revive Old Towels

When we got married, I registered for white towels. Bad call on my part. I know a lot of people swear by white linens because they can be bleached, but I don’t like to use a lot of chemicals, and I’m not a fan of making extra work for myself.

So those white towels, they got dingy, and then they got shoved in the back of the linen closet.

Now, we use chocolate brown towels, and that’s a much better fit for our lifestyle and my tastes. 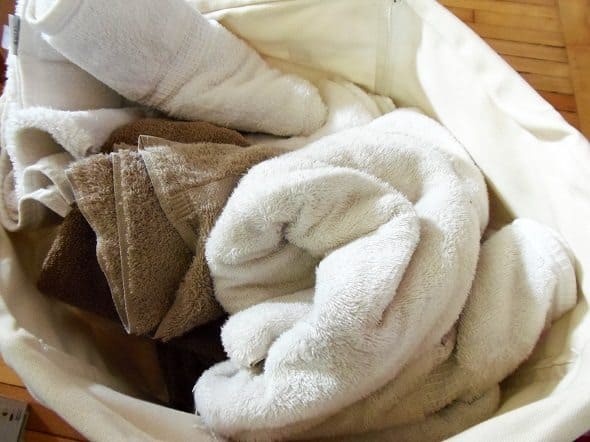 But every time I opened the linen closet, I’d see those towels, and think it was such a waste that they weren’t getting used.

Well, I’m happy to say I’ve solved that problem. This week while I was reorganizing our linen closet, it hit me that I could redye my white towels (plus some random tan towels) to match the rest of my towels. (I seem to be on a bit of a redying kick lately). 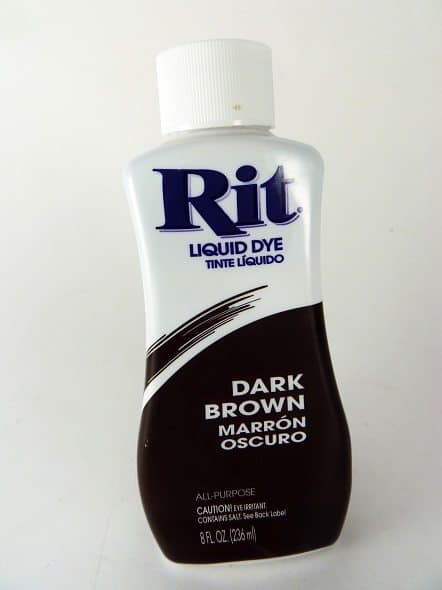 So, I picked up several bottles of Rit dye at the store, and I got busy with my towel makeover. The instructions recommended using two bottles for dark colors, so I doubled up on the dye.

However, the instructions also said one bottle was enough to dye two pounds of fabric. I weighed it out, and that would have gotten me one bath towel and two hand towels. Not very impressive.

I prepared my dye bath in the washing machine, and tossed my two pounds of towels in, and quickly decided I could dye a lot more than they’d said. So, I grabbed a bunch more towels, and threw them in, too. (Adding more towels doesn’t dilute the dye in any way, so as long as you have enough dye to submerge the towels fully, you should be good).

I had quite a few towels to dye, so I split them up into two loads. 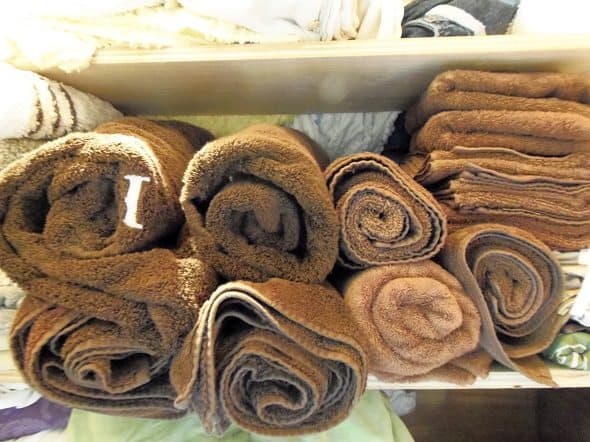 And you know what? They all came out beautifully. Now all of our towels match, and there aren’t any relegated to the back of the linen closet.

Isn’t it great when you find a way to love what you have again?

So, if you have towels in a color that you no longer love, or you’re just tired of having towels in a hodge podge of colors, this could be the fix for you.

And if you still like the color of your towels, but find that they’ve gotten faded over time. You can fix that by redying them the same shade. So many great possibilities.

Wondering how much this project costs? Here’s the break down:

Want to see what else I’ve dyed? Check out:

Sign up for my newsletter
FILED UNDER: Fix-It Projects, For the Home