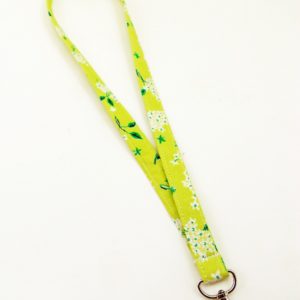 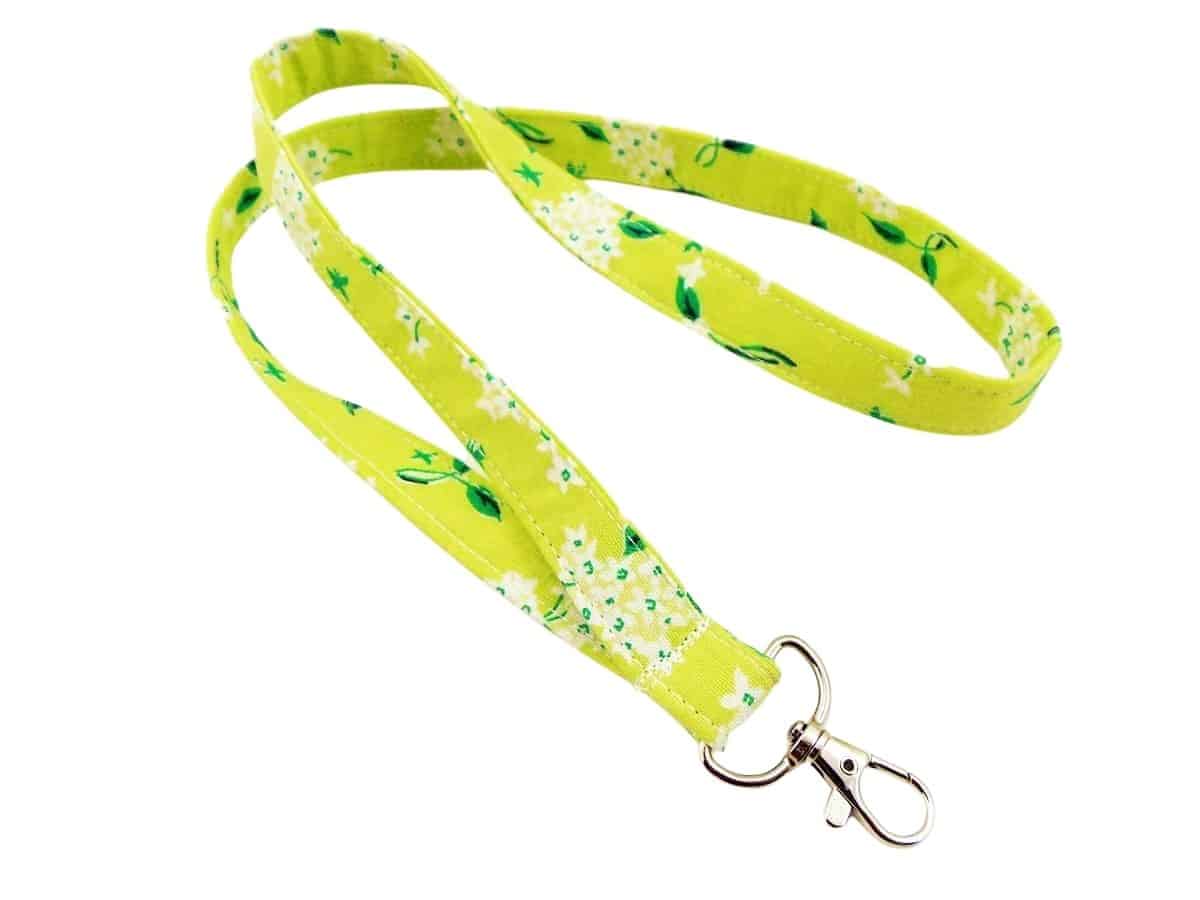 Learn how to sew a lanyard for your keys or ID. This is a great stash buster, and would make a nice gift or stocking stuffer for anyone who has to wear an ID to school or work. 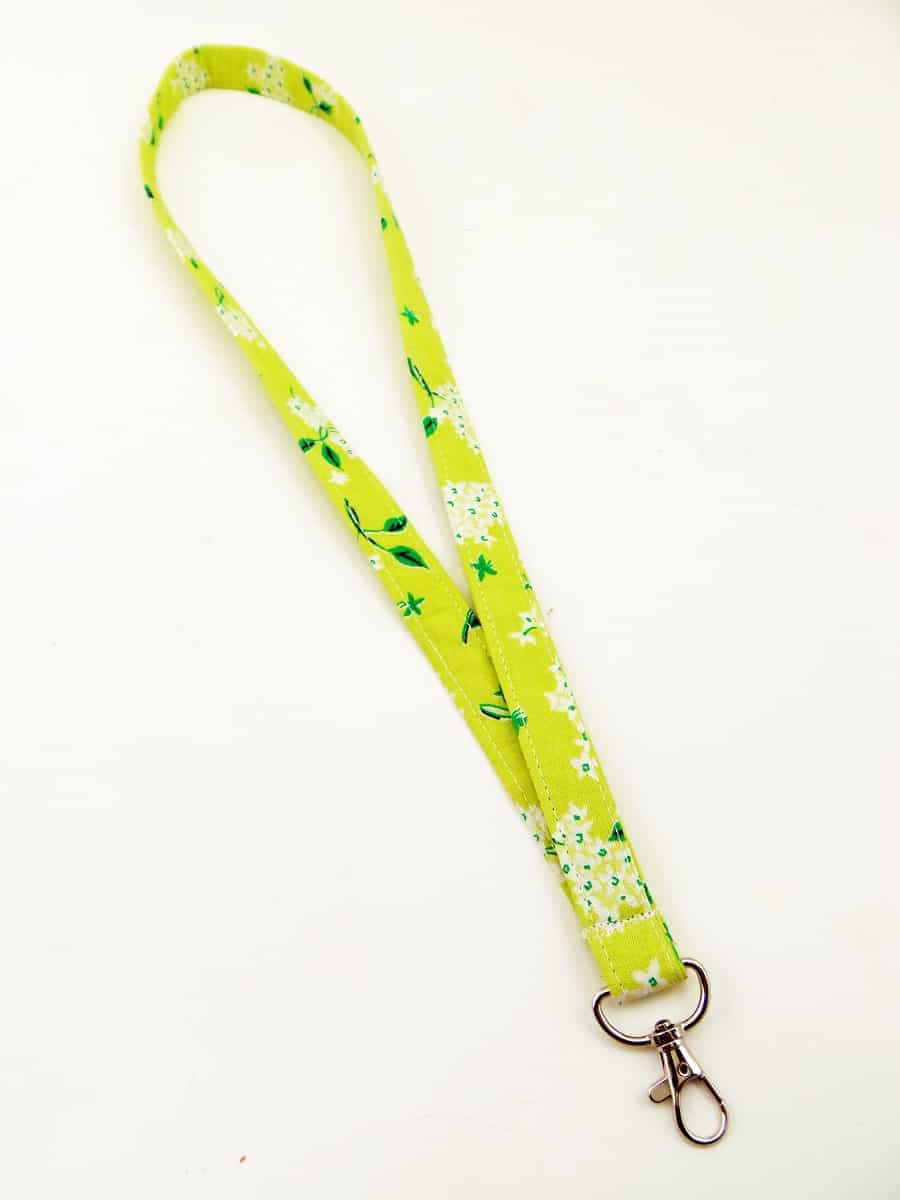 Sew a Lanyard: A Step-By-Step Tutorial

Optional (but nice to have):

Choose the hardware that works best for your needs. I was making these for my girls to use at college, so I started with a swivel hook for their ID; then, I added a key ring for their keys. If you’re just using your lanyard as a wearable keychain, a simple key ring would get the job done.

Money-Saving Tip: Have name tags from conferences you’ve attended? Nab the hardware from them, and use them to sew a lanyard.

It’s smart to build some sort of breakaway feature into your lanyard, so it won’t pose a strangulation hazard, if it gets caught on something, or someone tries to assault you. There’s special breakaway hardware that you can buy, but a cheaper option is to simply cut the lanyard at the neck, and sew in a piece of hook-and-loop tape. 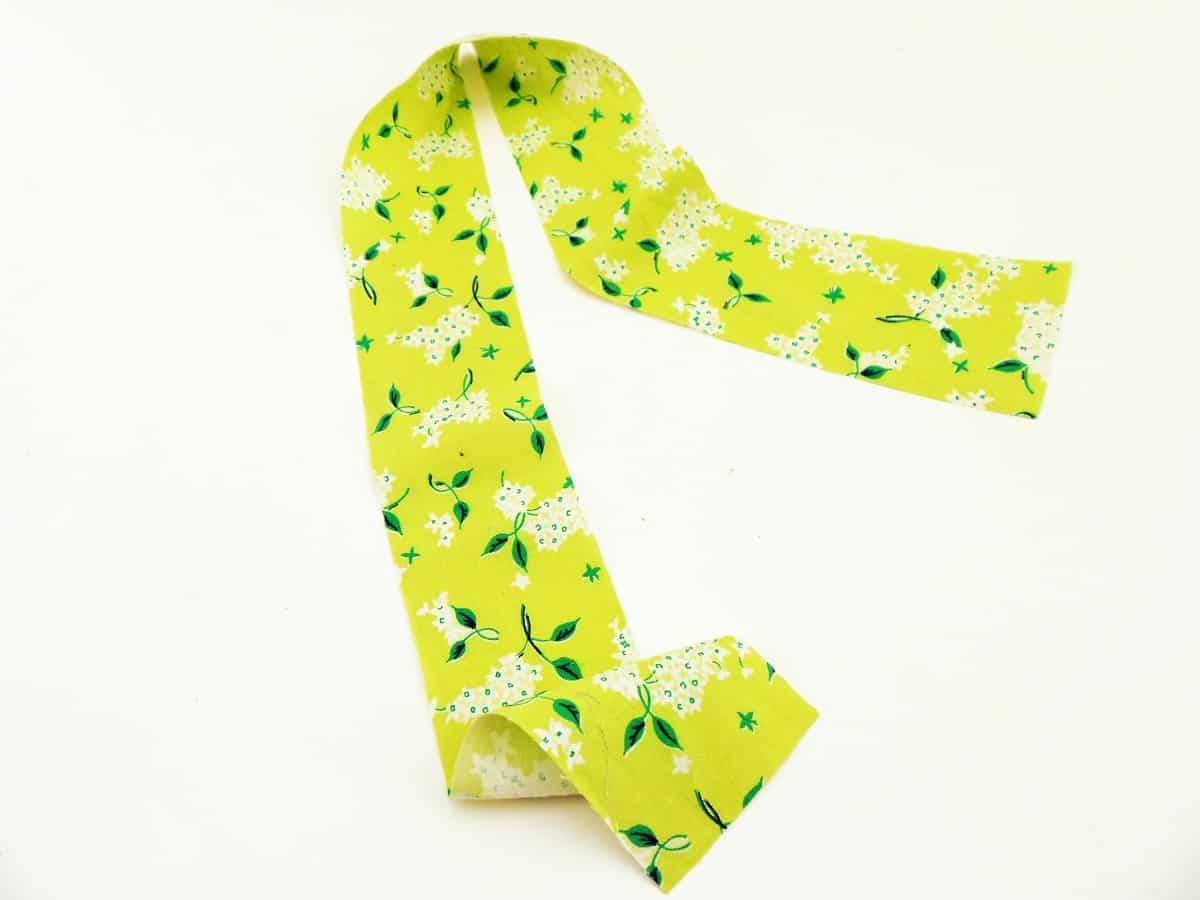 These instructions make a standard 36-inch lanyard, if you’d like to sew a lanyard that’s longer or shorter, just choose a length, and add an extra half-inch for the seams. 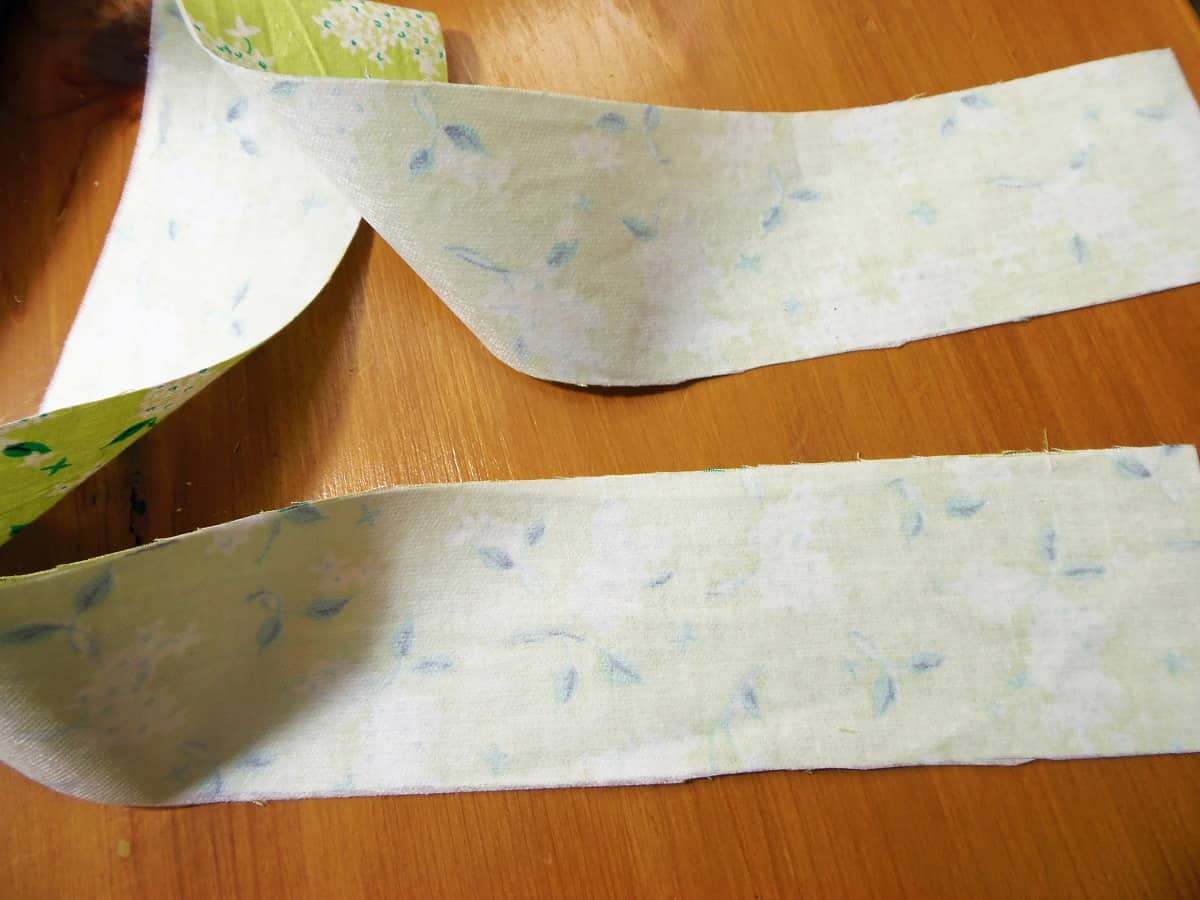 Iron the interfacing onto the back of your lanyard fabric, following the manufacturer’s instructions. 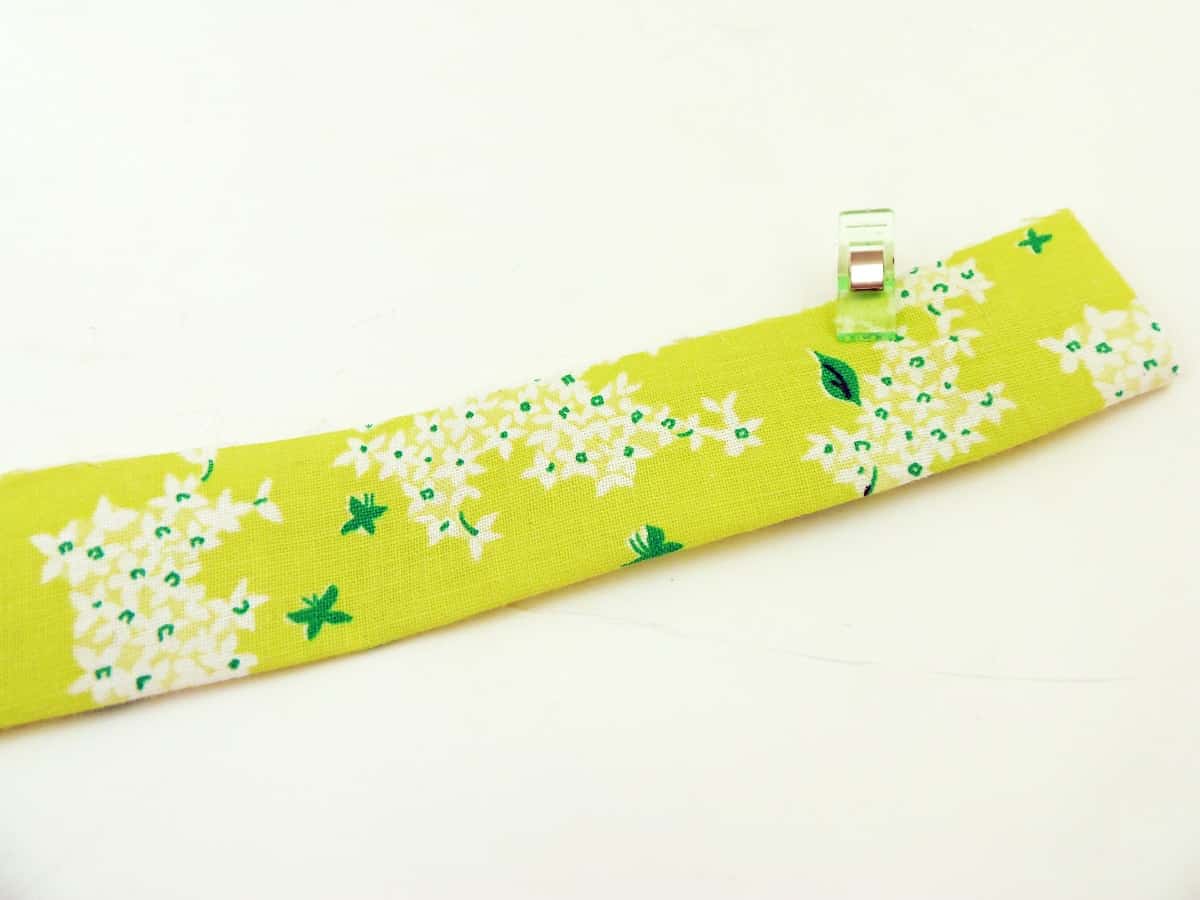 Then, lay the fabric on your work surface, right-side down, and fold the fabric in half lengthwise. You may want to use a few sewing clips to hold the fold, while you’re working. 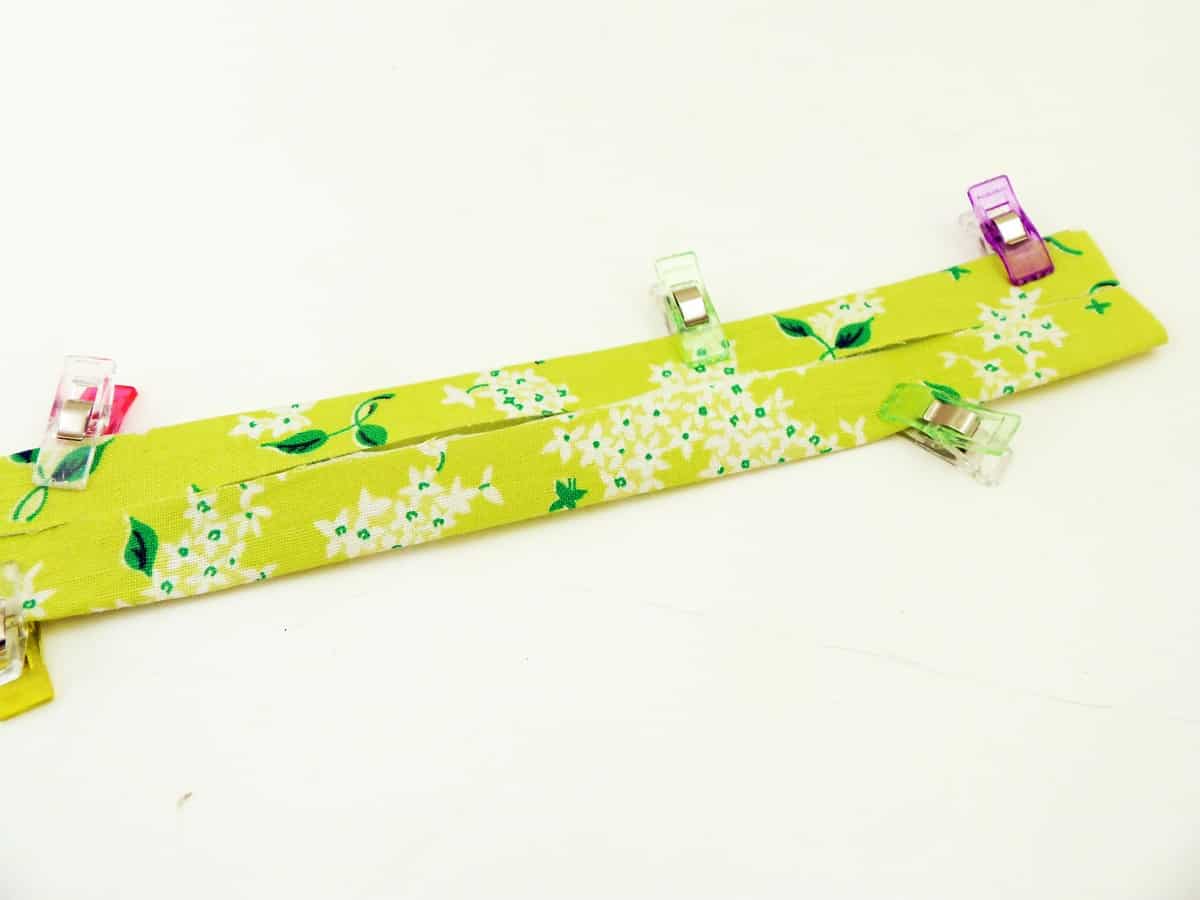 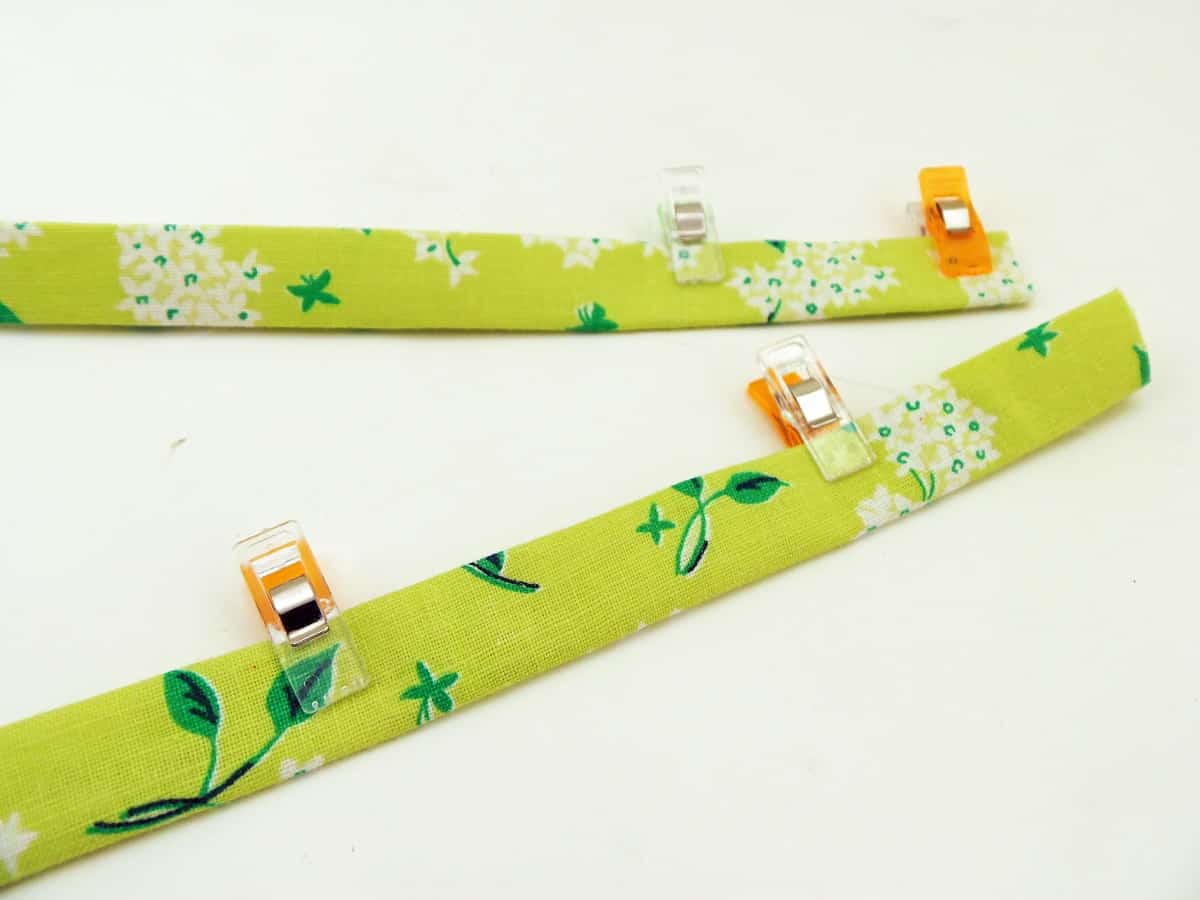 Then, fold the piece in half once more, so the raw edges get sandwiched inside. This will give you a 3/4-inch-wide strip for your lanyard. 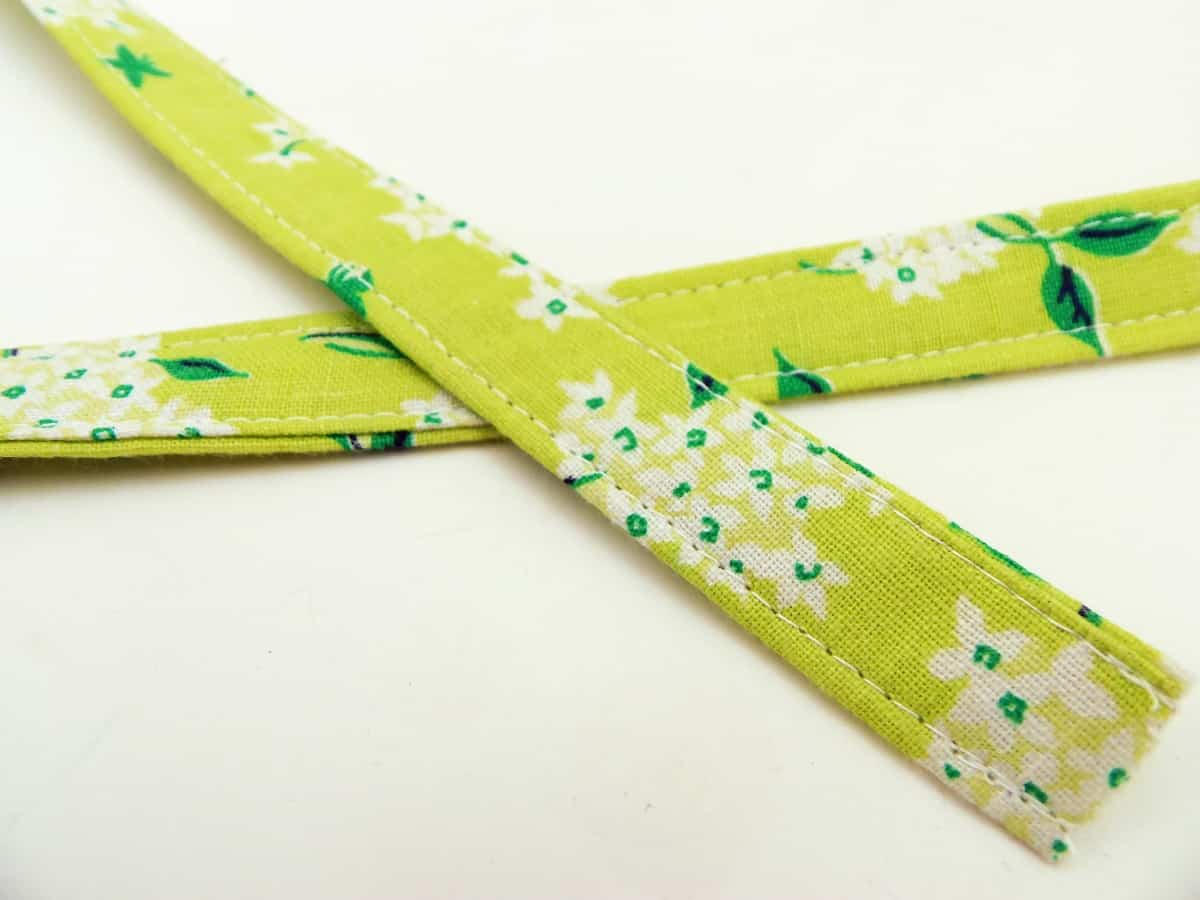 Topstitch a 1/8-inch seam down both edges. 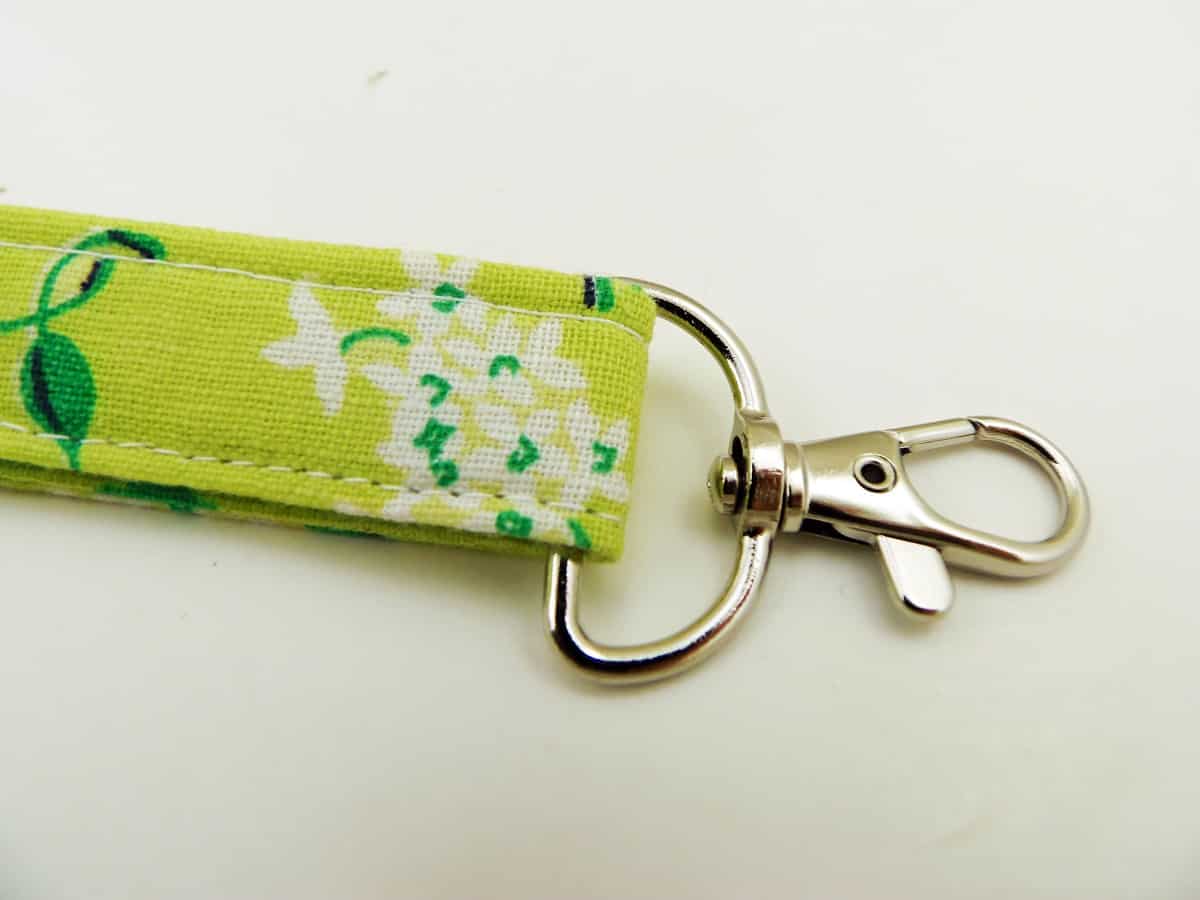 Then, slide your hardware onto the lanyard; match up the two ends, and make sure there aren’t any twists in the fabric. It’s important to fix any twists now because you won’t be able to after this point.

Note: My hardware is a bit oversized. I used a 1-inch swivel hook because it’s what I had on hand. 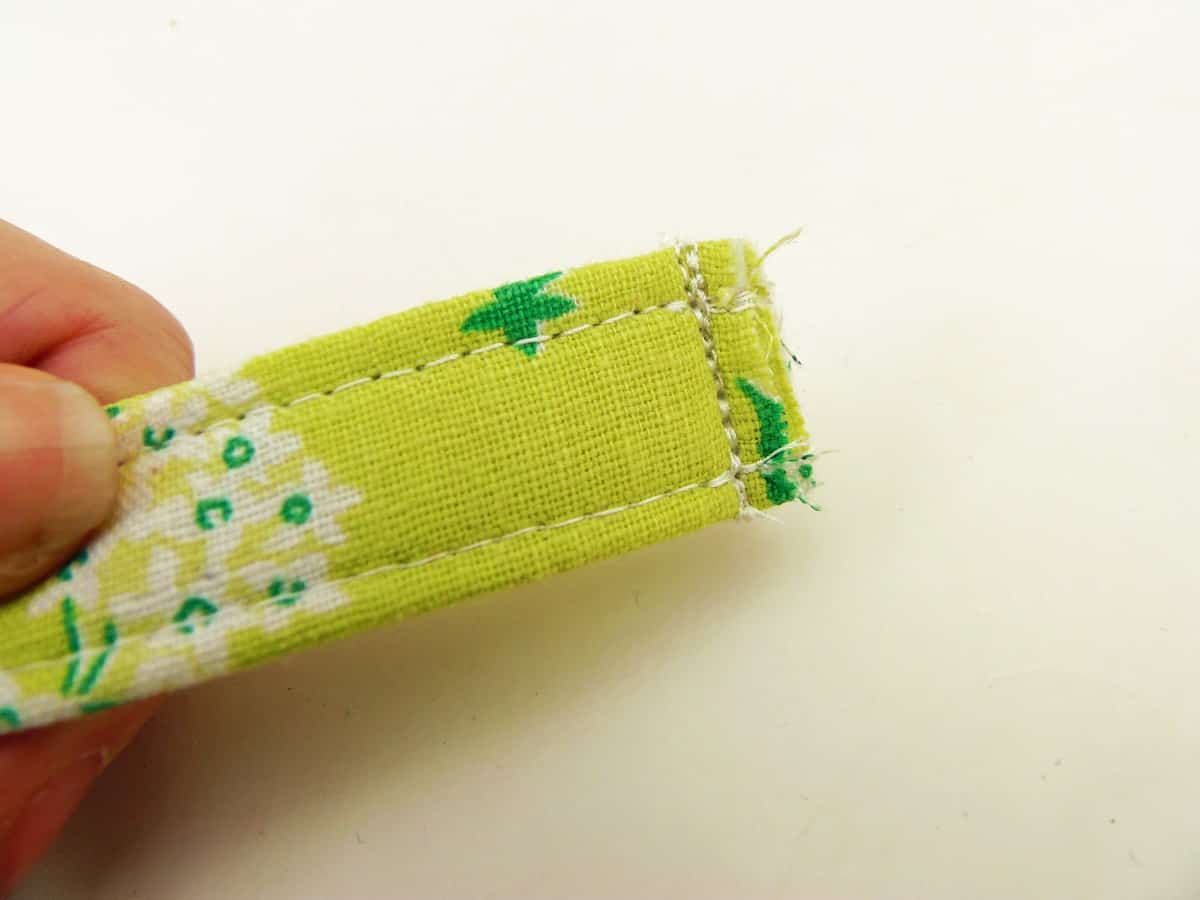 Now, sew the ends of the lanyard together with a 1/4-inch seam. Sew back and forth over the seam a couple times to make sure it’s nice and strong. 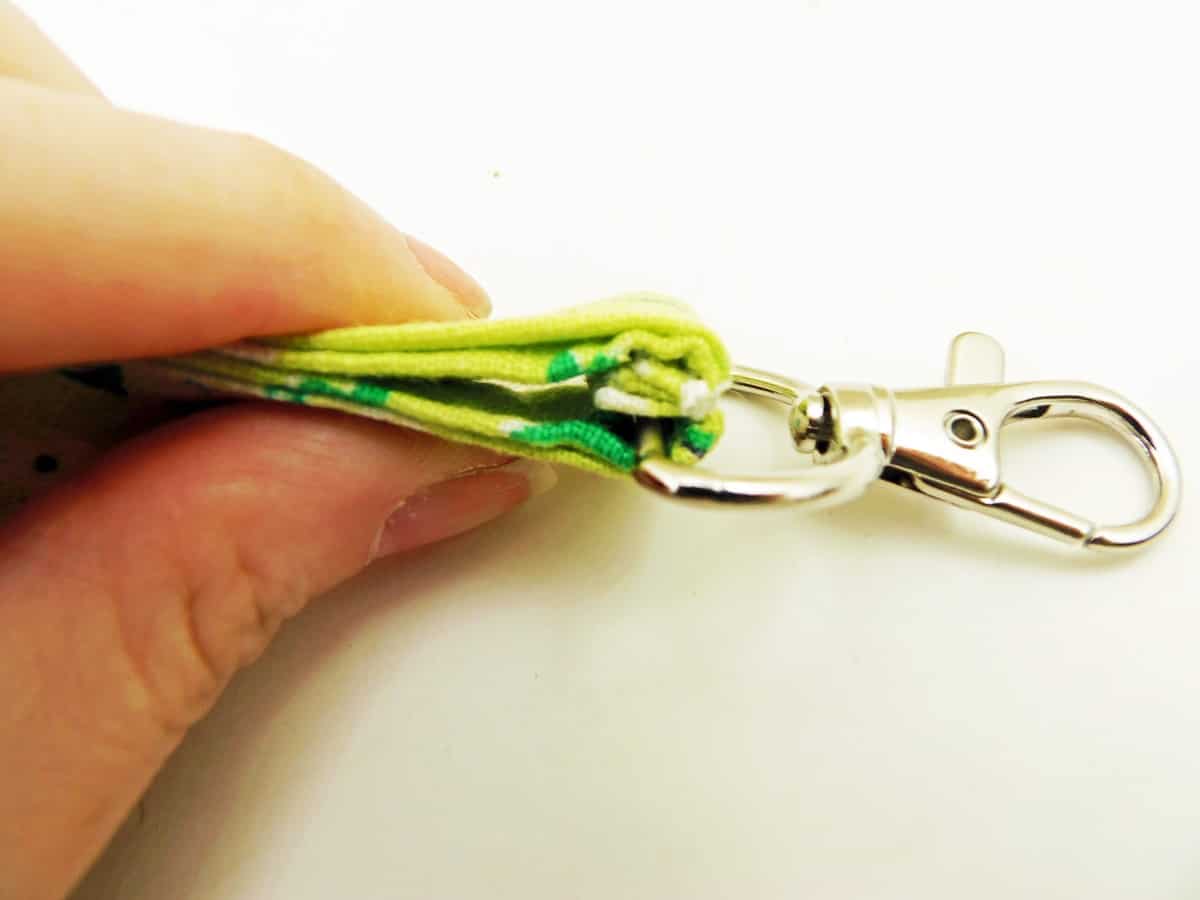 Then, flip the lanyard inside out to put the raw seam on the inside, and slide your hardware down to the seam. Your hardware may be facing the wrong direction, after flipping. Be sure to get it turned the right way, if it is. 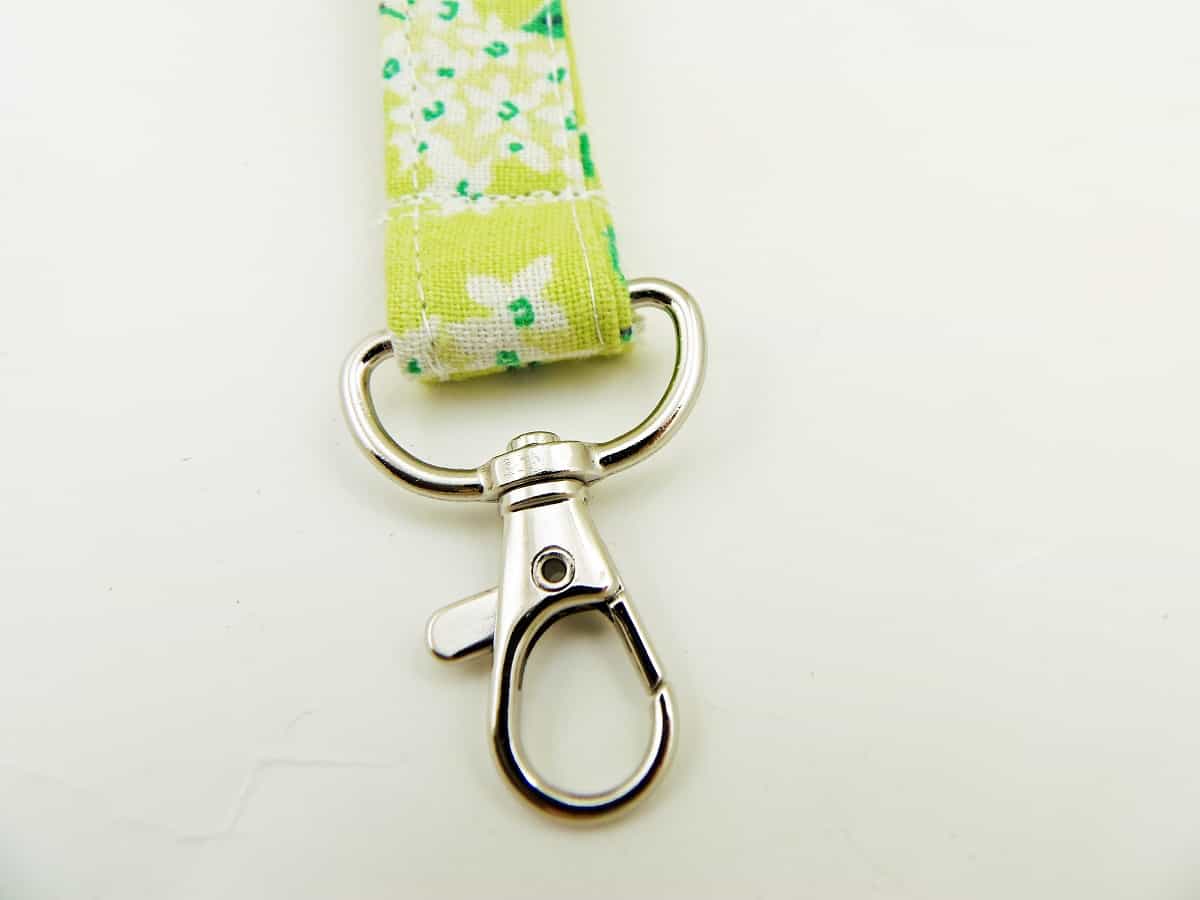 Once you’ve got everything oriented the right way, sew across the lanyard, right behind the hardware. This will lock the hardware into place, so it doesn’t slide around. Go back and forth over the seam a couple times to give it added strength. 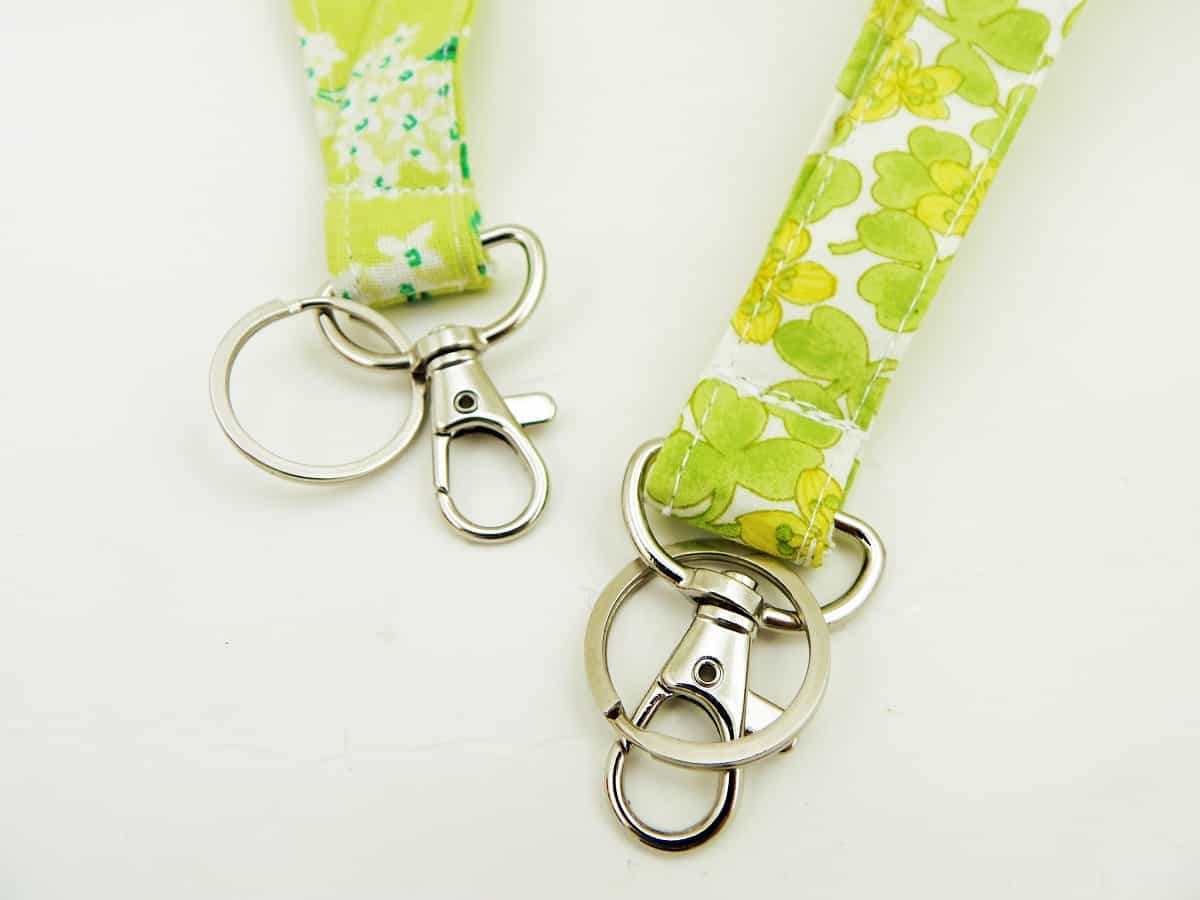 Then, add any additional hardware or accessories, and you’re done! 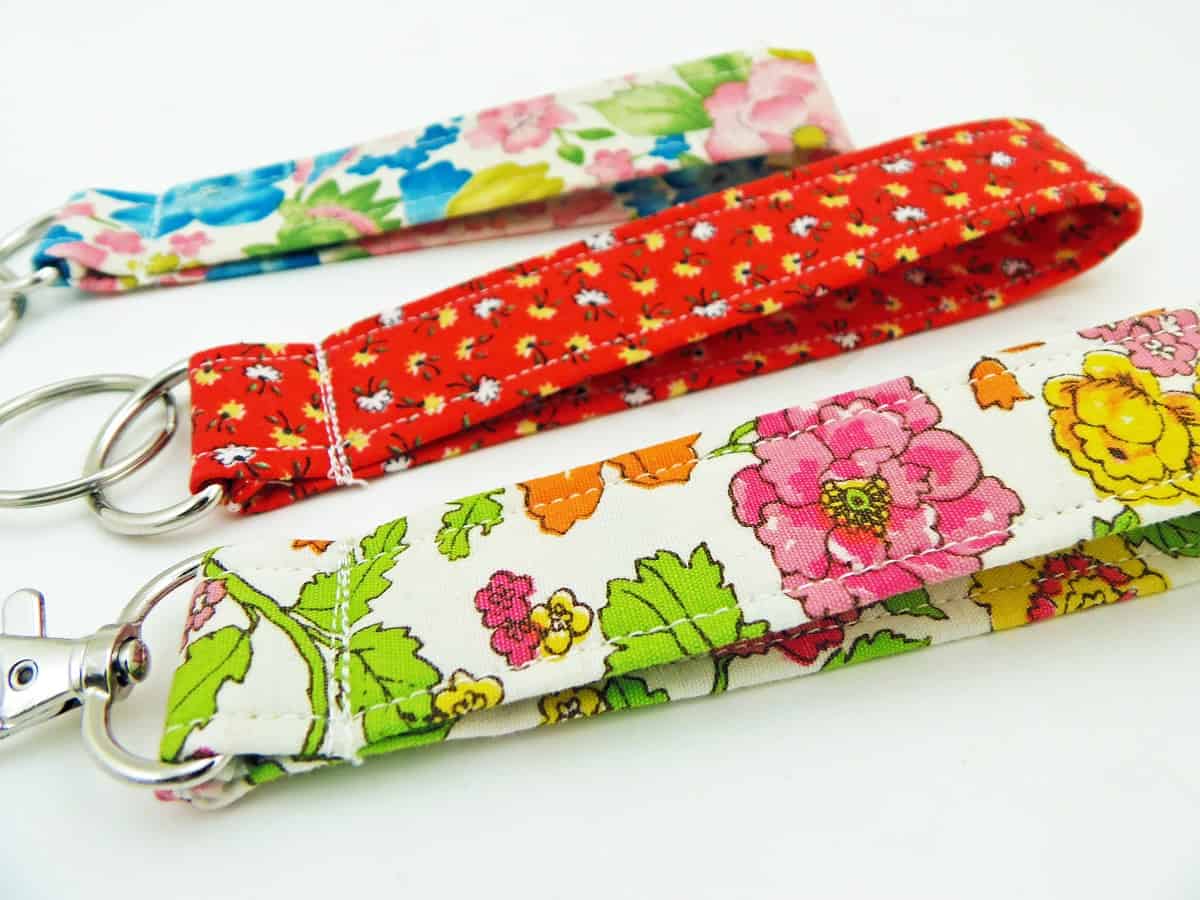 How to Sew a Wristlet Key Fob 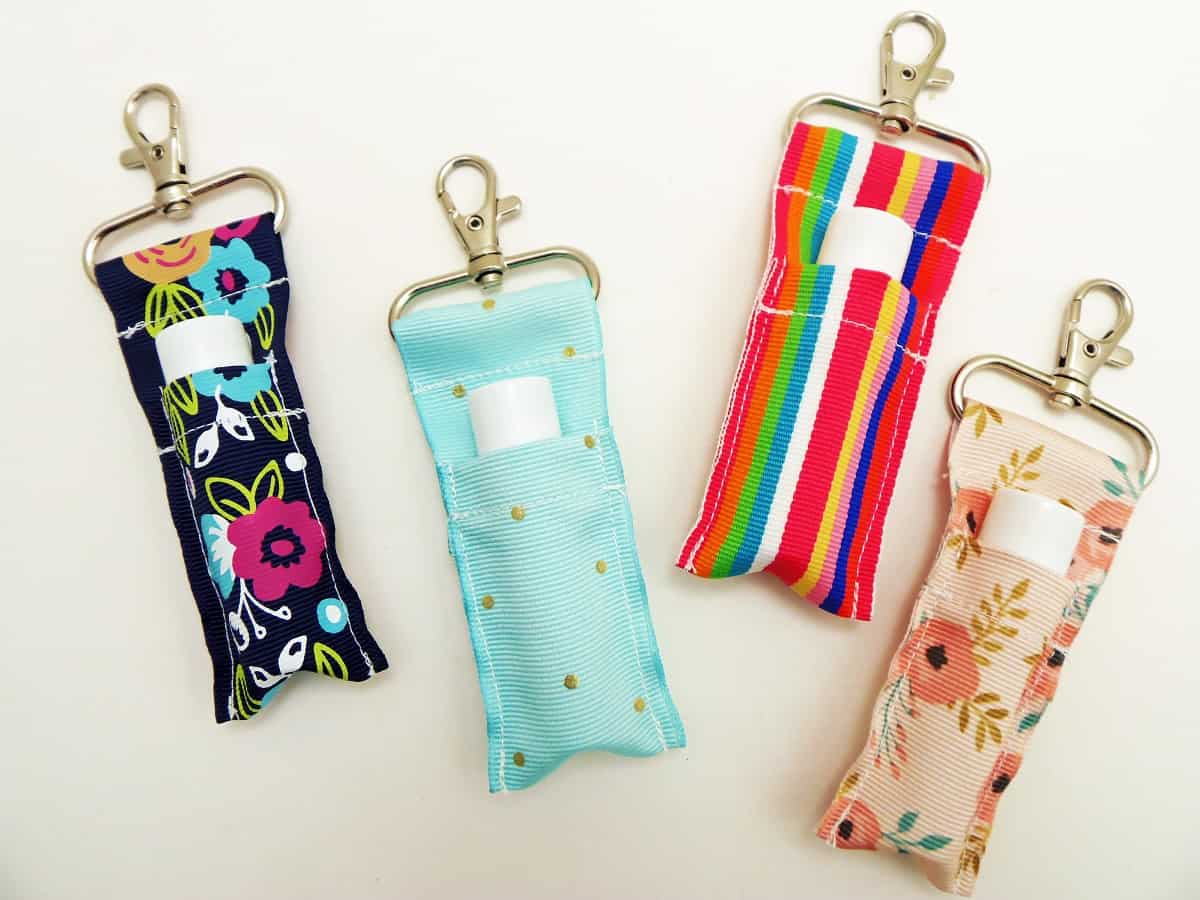 How to Make a Keychain Lip Balm Holder 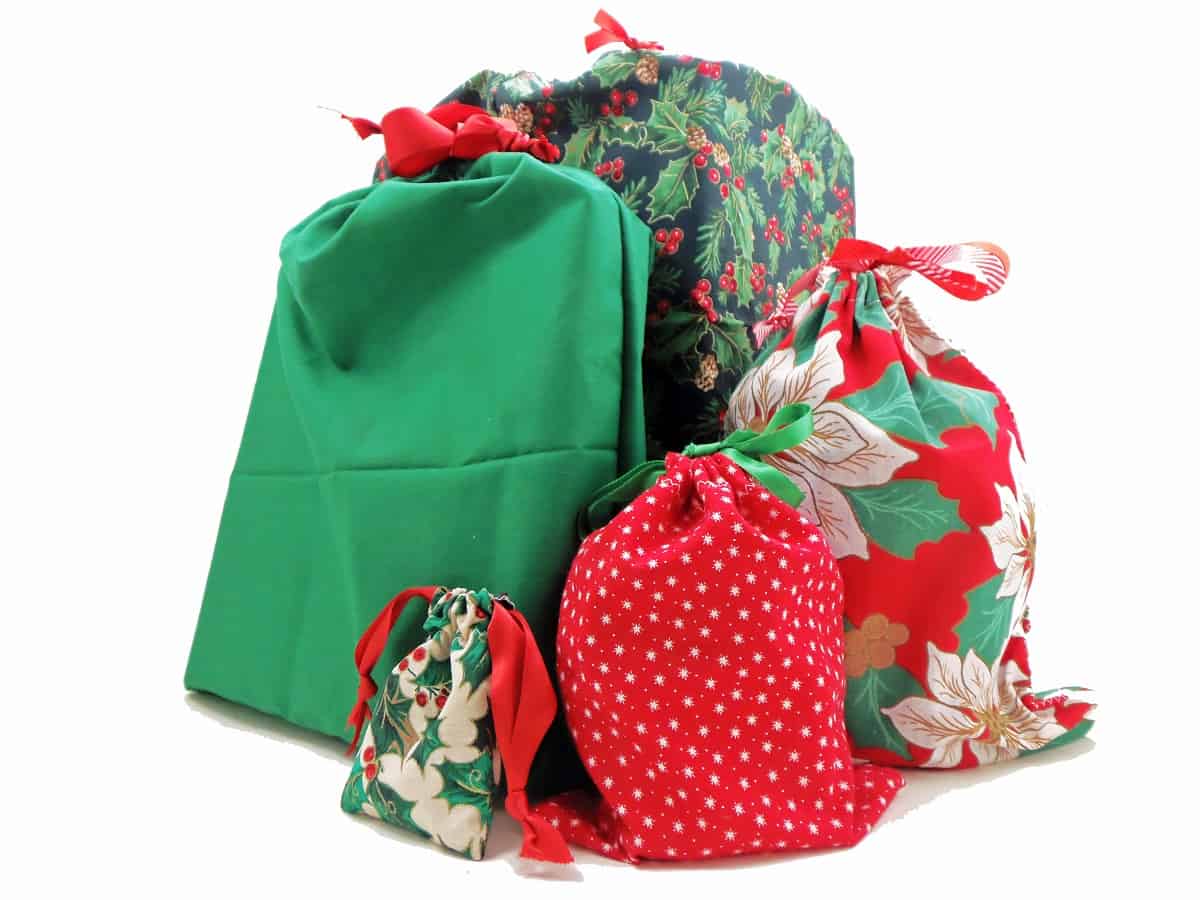 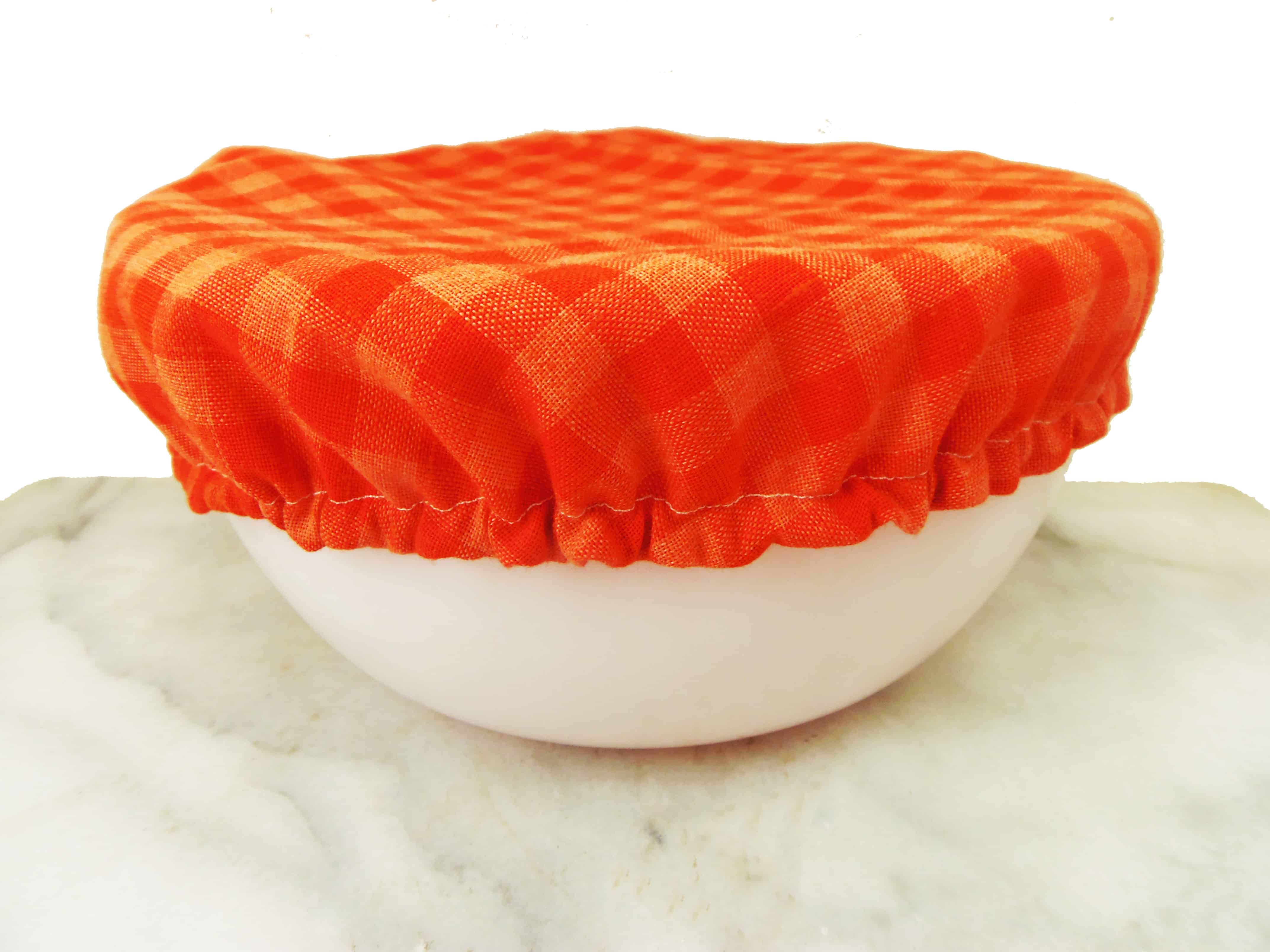 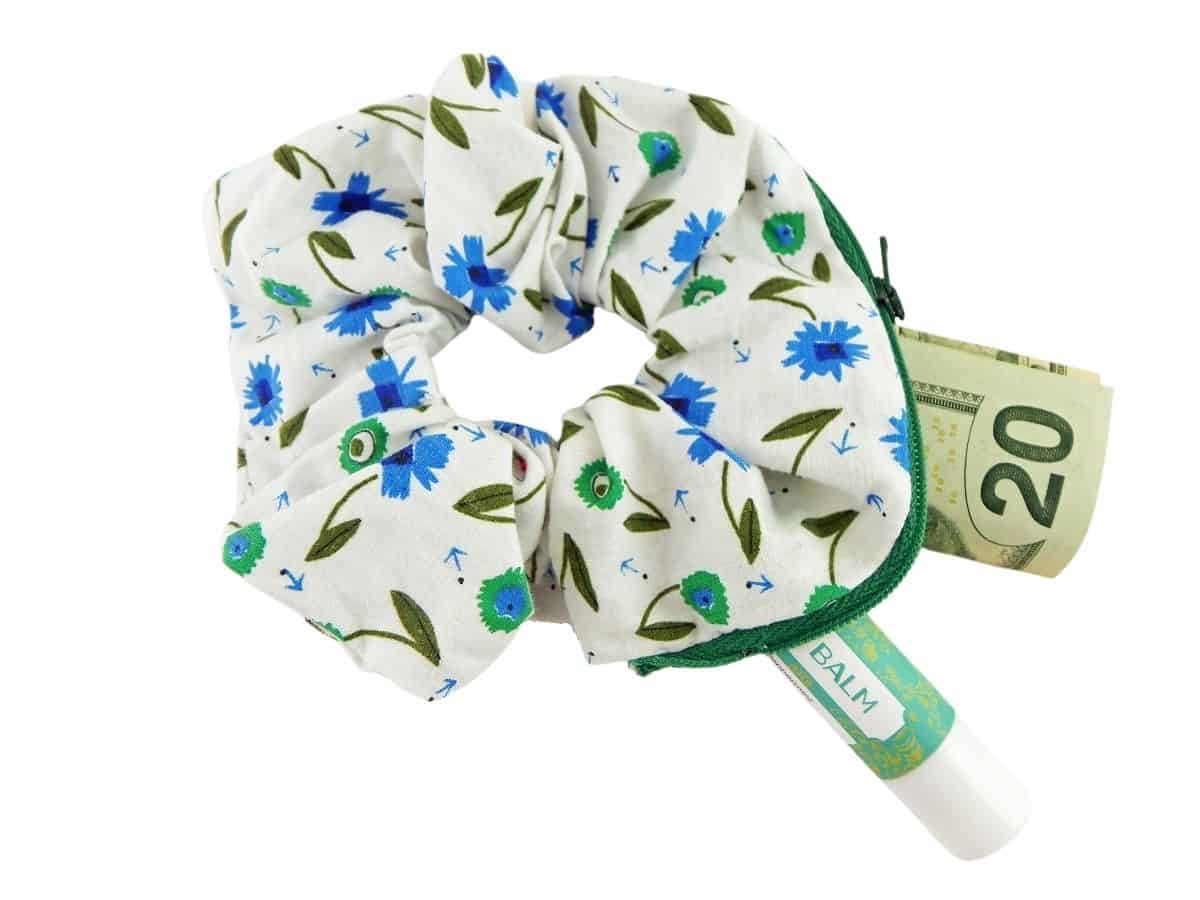 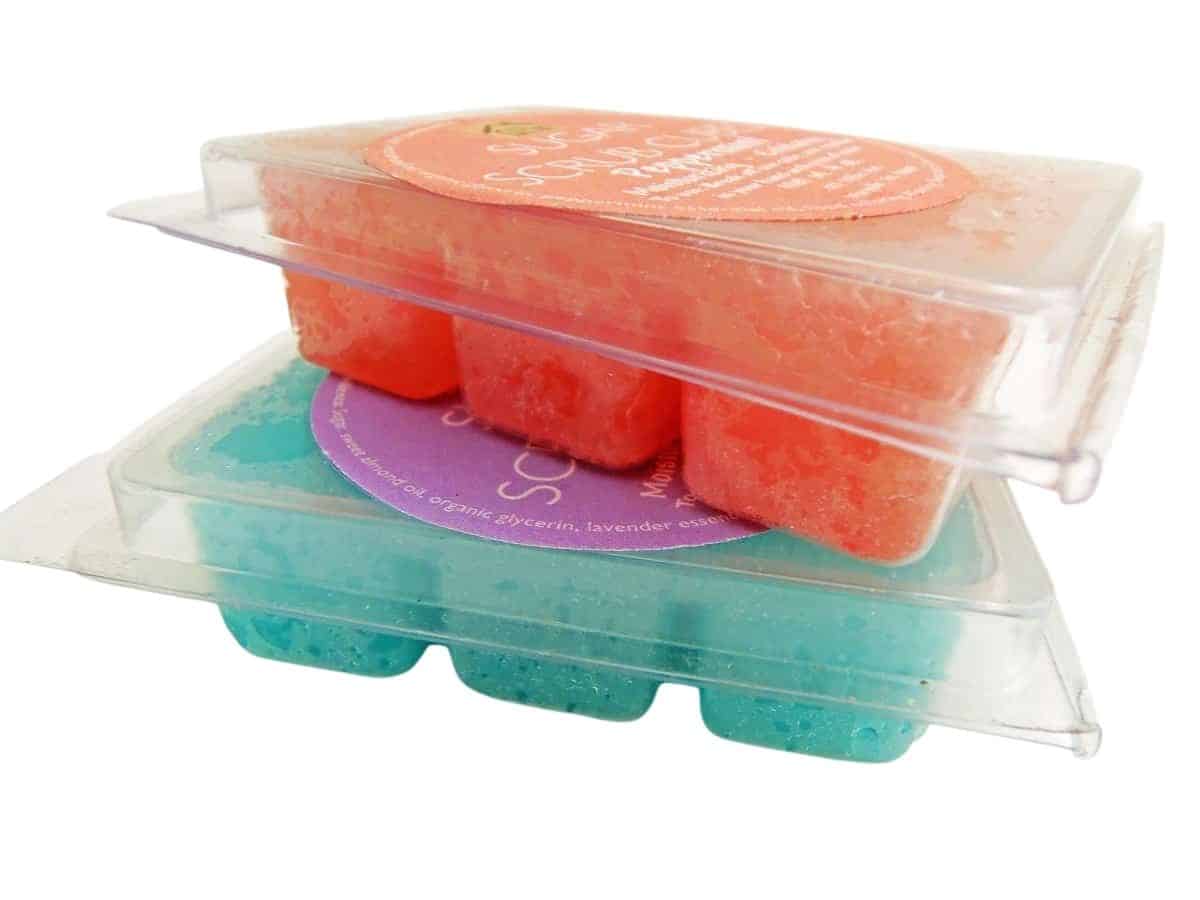 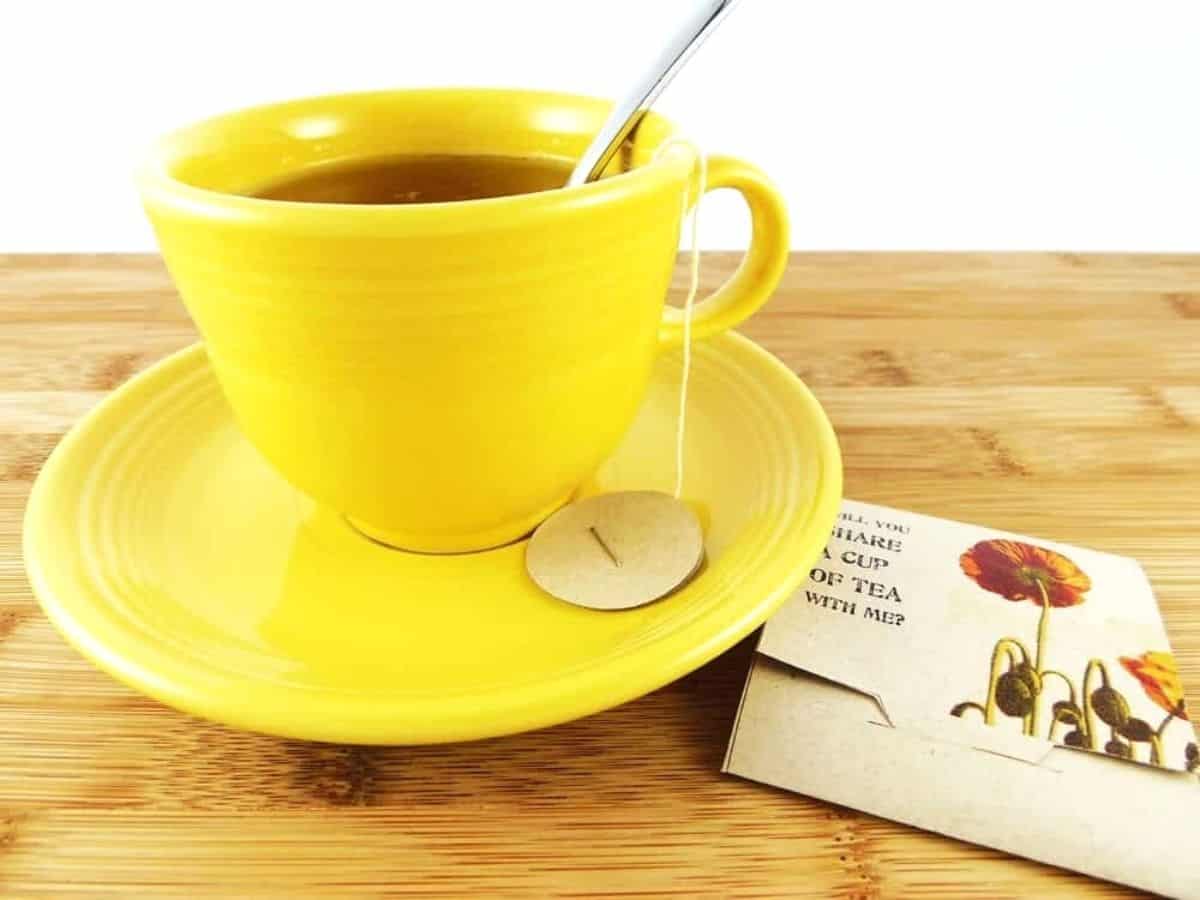 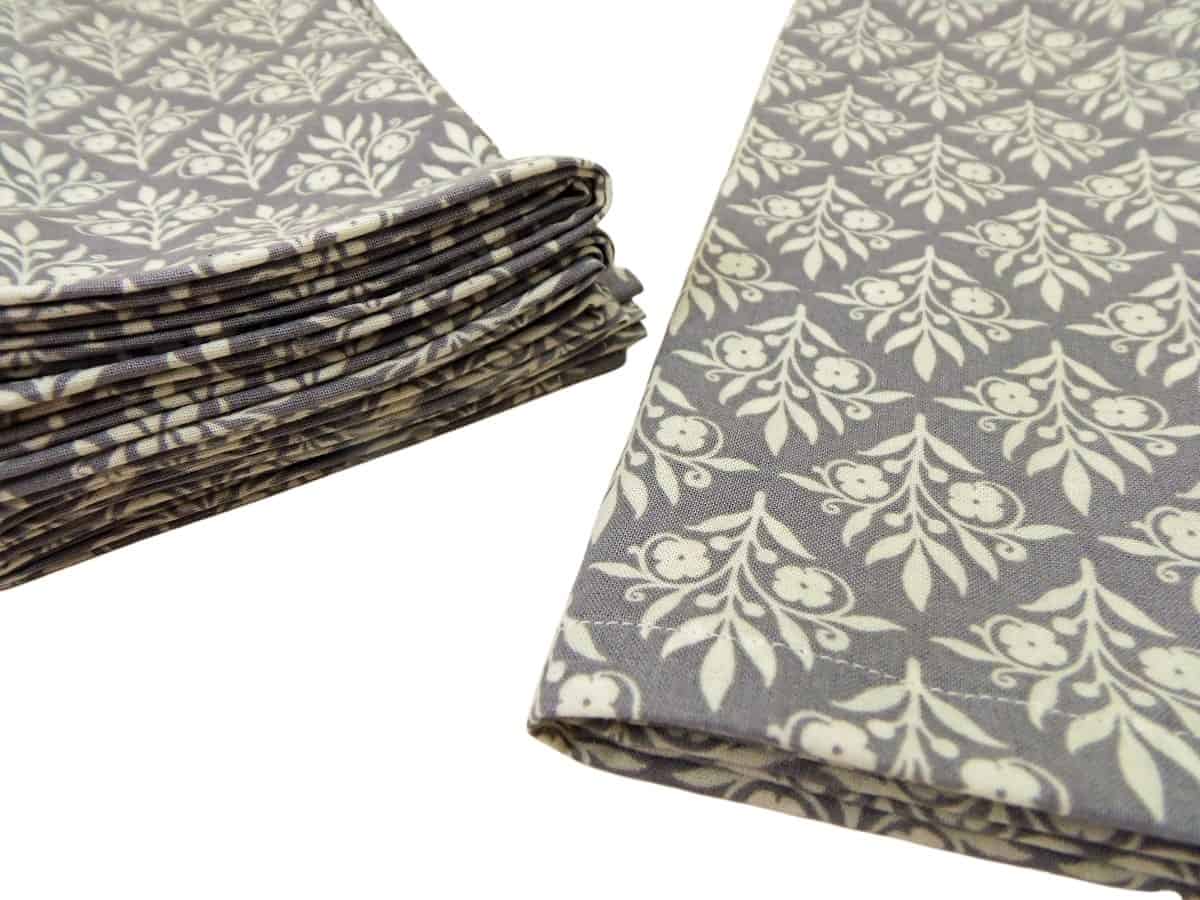