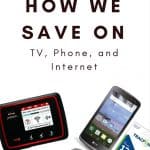 Last week, my mom, my mother-in-law and my sister-in-law all asked us what we do for TV, phone and Internet. With so many people asking us the same question, I figured I’d share my answer here as well. Because I think it’s a question that lots of people have at the moment. There are suddenly all of these new options and new ways to save, which is fantastic, but also a bit overwhelming. Especially when you consider all the ways that they can be mixed and matched.

So, here’s a look at the combination that we settled on for our family. It’s tailored to our current habits and budget. You may have a completely different set of requirements.

We haven’t had cable (or satellite) since we’ve been married, and we’ve been married for 15 years! Our neighborhood sits on a hill, so we get really good reception with an antennae. When everything switched from analog to digital, we gained tons of channels, including two extra PBS channels (very important to nerds). With all the shows that we like to watch on network TV, I don’t really feel like we have time for cable. As a result, it always feels like a treat when we travel and stay somewhere that has it.

Tip: If you’re thinking about ditching your cable/satellite, enter your address on antennaeweb.org. It’ll show you which channels you can expect to get, and what type of antennae will work best for your location. 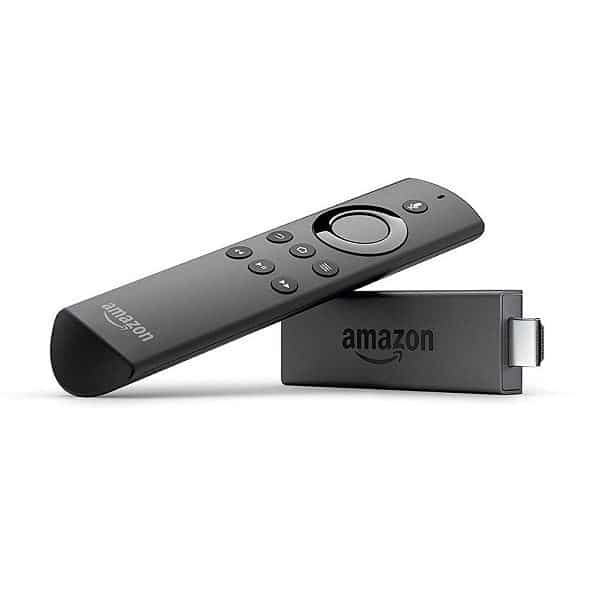 We also have a <atarget=”_blank” rel=”sponsored noopener” href=”https://amzn.to/2qjZa2m”>Fire Stick plugged into both of our TVs. Since we have Amazon Prime, this gives us access to all sorts of free movies and shows (including many cable shows). There are lots of free apps that you can download to access additional content. For example, my husband uses the MLB app to watch live baseball games free of charge.</atarget=”_blank”>

We don’t always have time to watch our shows when they air, so we use Chromecast to catch up. It plugs into a port on your TV, just like the Fire Stick, and allows you to stream from the Internet. Most of the shows that I like to watch are on CBS. Since CBS allows you to stream the last three episodes of any show for free, this works perfectly for us.

If there are two shows that I want to watch during the same time slot, I just watch the non-CBS show, and save the CBS show for later.

If I weren’t able to stream CBS shows for free, I might consider subscribing to a service, like Hulu or Netflix, but for now, this works just fine.

While we don’t subscribe to Sling TV, we did a free trial a while back, and I have to say, I really like it. It allows you to stream live TV, including many “cable” channels, for around $20 a month. You can add local news and regional sports for another $5, and if there are additional channels that you want, you can add those a la carte. They make it easy to customize your plan, so you don’t get stuck paying for anything that you won’t watch. Don’t you wish cable and satellite providers did that?

To access Sling, you need a streaming device. I used our Fire Stick, but you can also use Chromecast, a Roku, an Xbox or any number of other devices. The interface is really user-friendly, and the streaming quality is excellent.

One cool thing about Sling: there aren’t any contracts. This means I could spend $20 to have it next December, while we’re off on break, binge watch a bunch of HGTV and History, and then cancel after the month was over. I love that.

What We Spend on TV Each Month

We pay $99 a year for our Amazon Prime membership. That breaks down to $8.25 a month. Our membership also entitles us to free two-day shipping on most items, free books and other benefits. We don’t have any other monthly TV costs.

I realize most people ditched their landlines ages ago, but we still have ours. Cell phone towers tend to get overwhelmed during emergencies (my sister was a block away from one of the Boston Marathon bombs, and we couldn’t get a call through), so, I’ll happily pay the monthly charge for a little old-school reliability.

That reliability is also important to us because we have an alarm system. While there are now systems that work with a cell phone or VOIP, we still feel a hard-wired alarm and landline is the way to go.

We just have local phone service, and that’s all we’ve ever had. 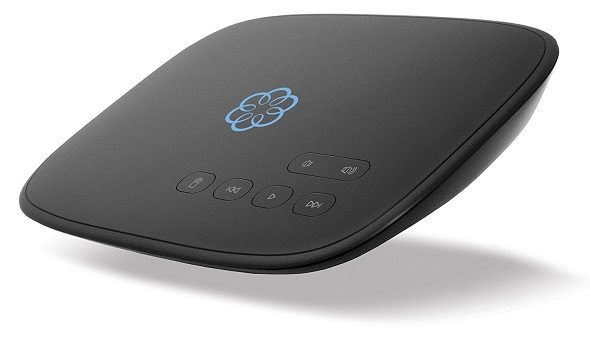 For years, we used a cheap calling card (remember those?) when we needed to make a long distance call. Now, we have Ooma. It’s a VOIP phone that works off of our Internet connection. It costs around $100 for the Ooma Telo device (cheaper if you shop around). After that, you only have to pay your monthly federal telecommunications taxes and fees. There are no other monthly costs. None.

If a landline isn’t important to you, you could definitely get by with this as your home phone. I’ve been happy with the call quality, and it’s not any more complicated to use than a landline phone. You can even have your phone number transferred over, if you’re ready to break up with your phone company.

Ooma sent me a Telo to try several years back (I was a spokesperson for them), and I’ve used it ever since. In fact, we use our Ooma phone for all of our My Frugal Home-related calls.

The only downside that I can think to mention is that it doesn’t work as well with a slow Internet connection. The high-speed Internet in our area isn’t very high-speed, so we occasionally experience some call delays. I don’t think this would be an issue at all with a faster connection.

If you’re interested in signing up for Ooma, you’ll get a $20 Amazon gift card, if you sign up through this link (I’ll get one too).

There are probably only three people left on Earth who could live without a cell phone, and I’m one of them. I’m just not a phone person, and I have no interest in being reachable at all times. If I’m not home, you can leave a message on my answering machine. Yes, that’s right, I still have one of those, too.

That being said, I have kids, and there are times when I do need to be reachable. So, we have one cell phone that my husband and I share. It’s only in my possession when I’m out somewhere on my own. The rest of the time I make him carry it . . . because ewe! 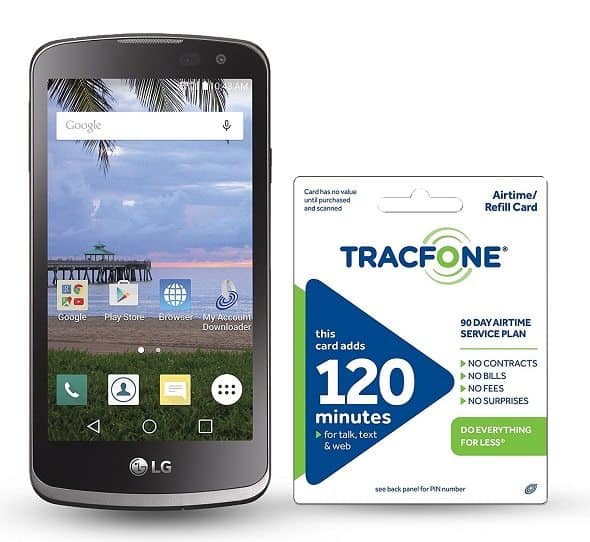 And this isn’t the latest i-whatever, either. We have a several-years-old Tracfone. It’s the kind of phone your grandma would even be embarrassed to carry. But it smart-phones … sorta. Sure it’s not compatible with most apps, but it gets good service, here and at the cabin, and that’s all I really care about.

Some company or another sent it to me because they were hoping I’d review it and tell you nice things about it. I don’t think they had a clue it would take me so many years to begrudgingly admit that it serves a purpose in my life. But there; I’ve said it.

And as much as I hate to admit this, I’ll probably have to upgrade to a smarter phone in the near future. We use our cell phone to process payments at craft shows, and I don’t know how much longer that’s going to work. But, I plan to hang on to this dumb phone as long as I can.

And with two daughters, there’s just no getting around the fact that we’ll eventually become a three-phone family. They don’t have phones now (because we’re such evil parents), but once they’re driving, it’ll be a must.

What We Spend on Phone Service Each Month

In our town, you either have your Internet through Charter or AT&T. Since we don’t have cable, ours is through AT&T. If we had another choice, we’d take it because we don’t have any love for AT&T. Their customer service is terrible, and our Internet service isn’t much better. We have the fastest Internet that’s available in our town (which isn’t very fast), and it barely keeps up with our needs.

Unfortunately, it looks like it’ll be years before our town gets fiber optics – and with it – better Internet options. The city insists on owning all of the fiber optic cable (not typical), so it’s made the conversion a messy, expensive undertaking. As of right now, I think there’s only one street downtown that has it. That probably makes it sound like we live in a teeny tiny town in the middle of nowhere, but that’s not the case at all. We’re just stuck in a holding pattern, until someone figures out how to wade through all the red tape.

Now, our cabin, which is in a teeny tiny town in the middle of nowhere, happens to be fully wired for fiber optics. The phone company showed up right after we bought the property to install it. At that point the cabin didn’t have a back wall, windows, a complete roof or electricity, so we found it endlessly amusing. We still don’t have electricity up there, so we’ve yet to put that lightning-fast Internet to the test. Someday. 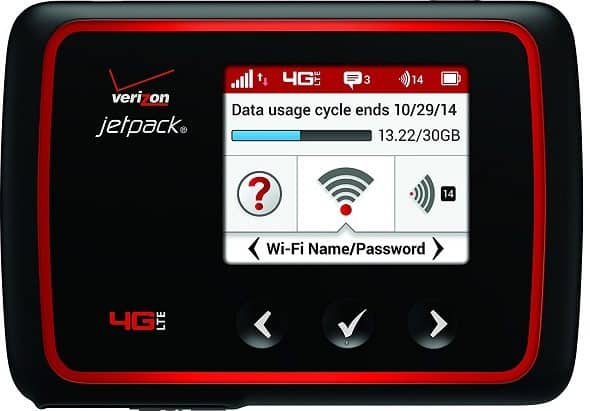 Because we make our living online, having Internet access is pretty important. So, when we travel, we check out a Verizon hotspot from the library. It’s just $2 a day, and we’ve been really impressed with how reliable it is. We’ve looked into buying one, but the monthly cost is pretty outrageous. It’s a lot cheaper for us to check one out at the library when we need it. I should probably mention that we also invested in a wireless range extender for our bedroom. Chromecast and Fire Stick weren’t getting a strong signal from our network, so we plugged this little device into an outlet, and it took care of the problem.

What We Spend on Internet Service Each Month

Our AT&T service is $47 a month. We also rent a hotspot several weeks a year. For the sake of putting a number to it, let’s just say we rent it six weeks a year. That adds another $7 to our monthly total, bringing it to $54.

How does this compare to your spending? Do you use any of the services that I mentioned? Have you found something that saves you a ton of money? I’d love to hear about it. 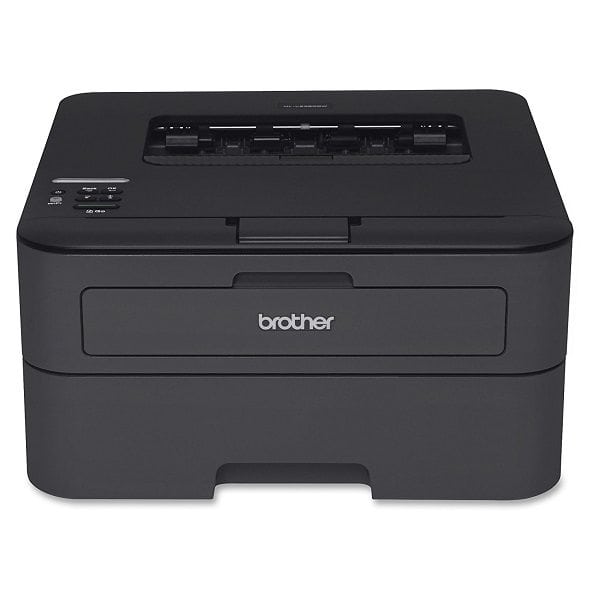 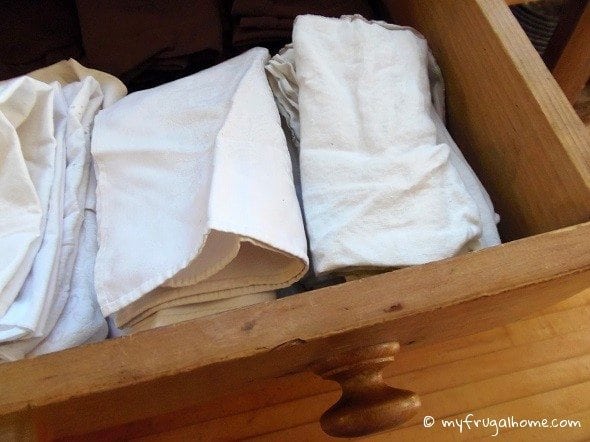 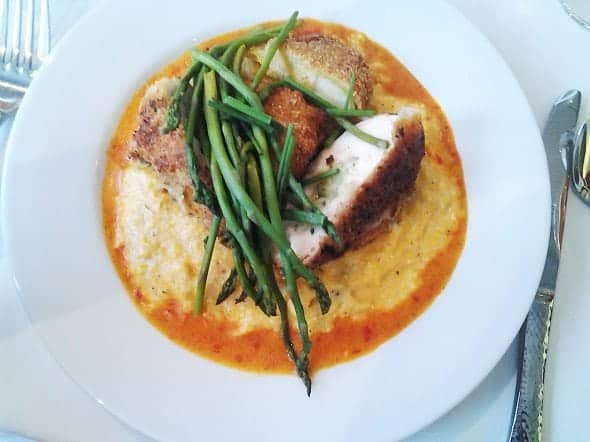 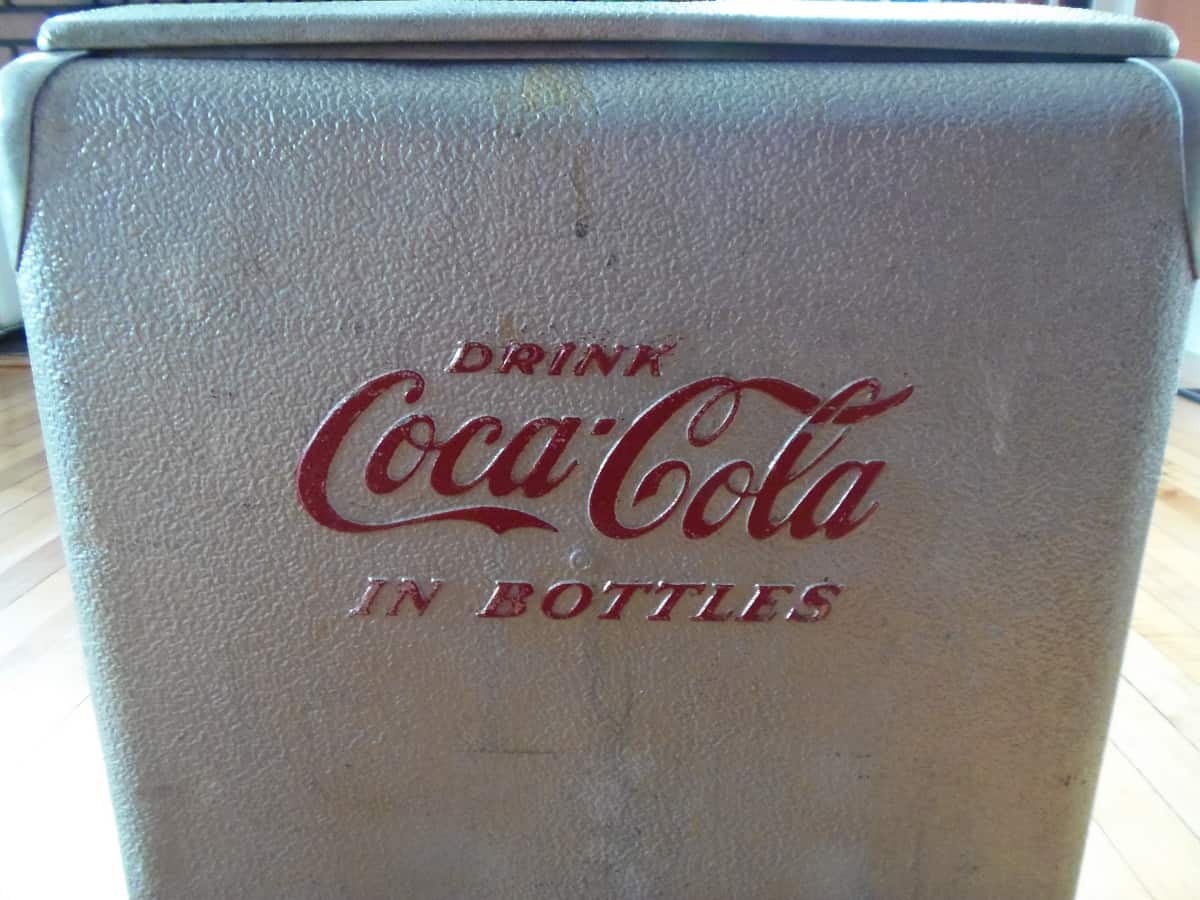 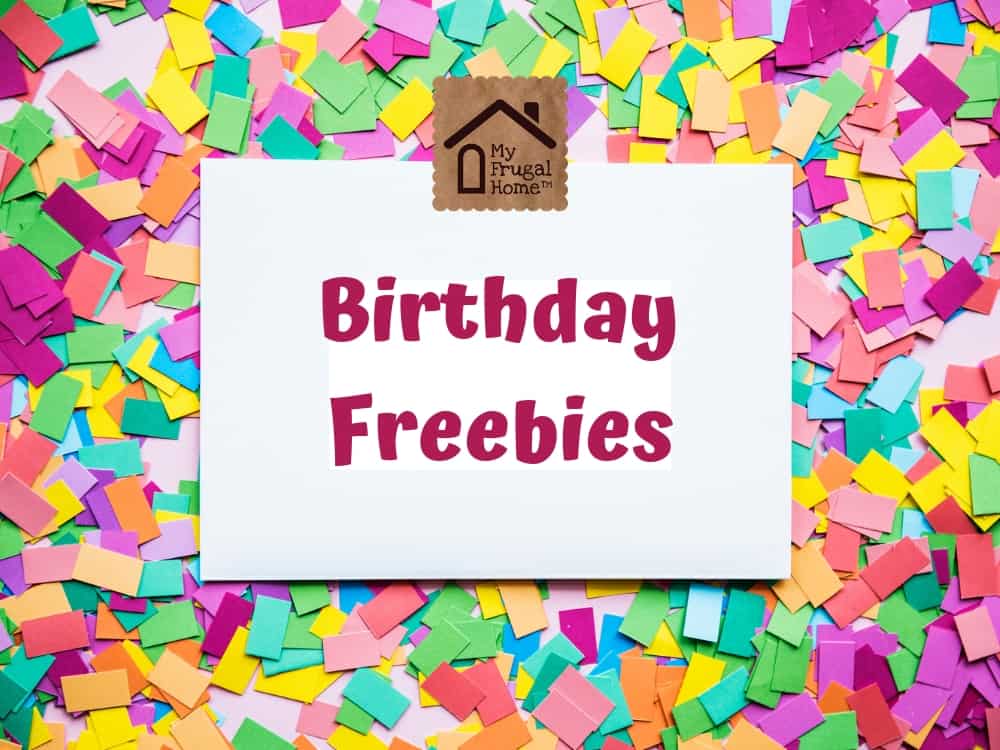