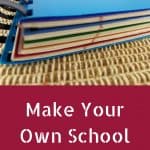 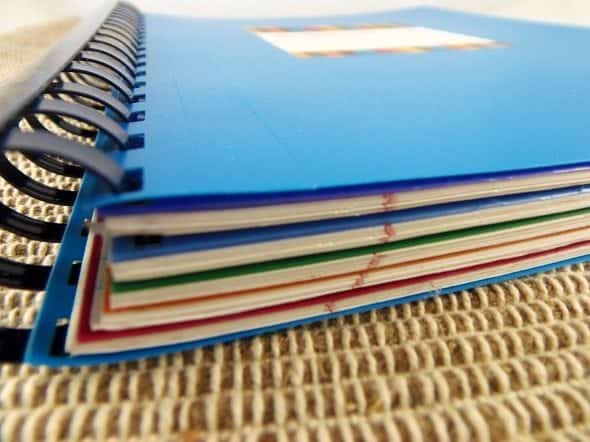 My kids started back to school yesterday. Crazy, but true. We dropped them off with their backpacks full of all the supplies on their school supply lists, and as usually happens, they came home with another list of supplies that they needed.

Normally, that’s not a big deal because I keep a big stash of school supplies on hand – things that I’ve gotten free after rebate, on clearance or from yard sales. It’s pretty rare for us to have to run out for school supplies. But this time, they got me. My oldest daughter needed a five-subject notebook, a student planner and a sketchbook. I didn’t have any of those things on hand. Darn it! I did, however, have $40 in Staples Rewards that I’d been saving, just in case, so we headed out to pick up everything she needed.

And that’s when the sticker shock set in.

The cheapest five-subject notebook with a poly cover was $8. A sketchbook with halfway decent paper was $12.99, and most of the student planners were in the $25-35 range. They had a cheapie pocket planner for $6.99, but it didn’t really have any space to write anything.

Did I really want to spend $46, plus tax for three items? Um no.

The longer I stood there, the angrier it made me. A five-subject notebook is nothing more than a pack of filler paper and some dividers sandwiched between a cover and bound with a spiral ring. Why does it cost so much more than filler paper?

Then, it hit me. We could make one. We already had everything we needed at home, including binding machines. In fact, once I thought about it, there really wasn’t any reason we couldn’t make her sketchbook and planner, too.

So, we left the store without buying anything, and within an hour, all of her new supplies were tucked inside her backpack.

We used a poly file folder to create the cover for her five-subject notebook. I had a bunch I’d bought at a yard sale a while back, so I pulled them out, and let her pick what color she wanted. 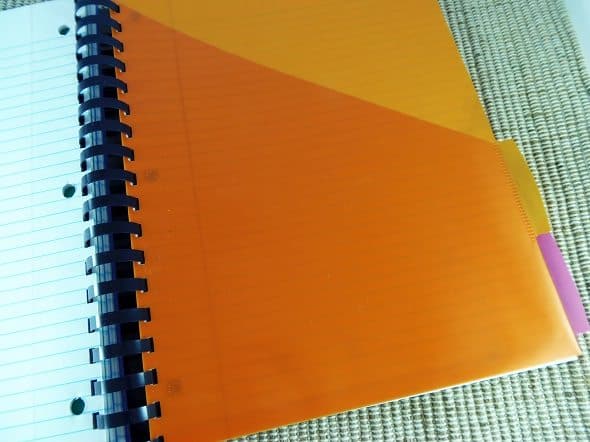 To create the dividers, we just used a set of binder dividers. They had already been used once, so we used a dry erase marker to remove the permanent marker labels on the tabs. The five-subject notebooks in the store had card stock dividers, so these poly dividers, with pockets were actually an upgrade. 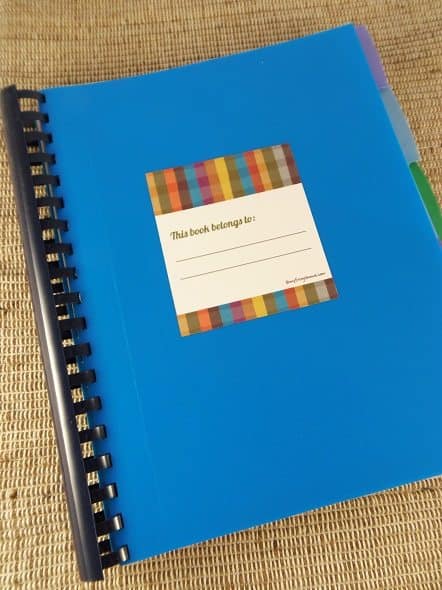 We debated whether to use a spiral or a comb to bind the notebook. We eventually settled on a comb, and I think it was the right choice. We’ll be able to add extra paper, if she starts to run out, and we can refill the notebook, so she can reuse it next year. Yep, it looks like we’ve invented a reusable five-subject notebook. Ha!

To finish things off, I added one of my printable bookplates to the cover.

And then, we turned our attention to her sketchbook …

I dug around and found a barely-used sketchbook in our art supplies. It’s one that I had bought at a yard sale for $1, and it had really nice paper in it (unlike those sketchbooks at the store). I decided to use the paper out of it to create a new sketchbook. So, I challenged my daughter to come up with something to use for the cover.

She looked around a bit, and came back with the lid from a Monopoly game that we’d bought for crafting. Perfect. 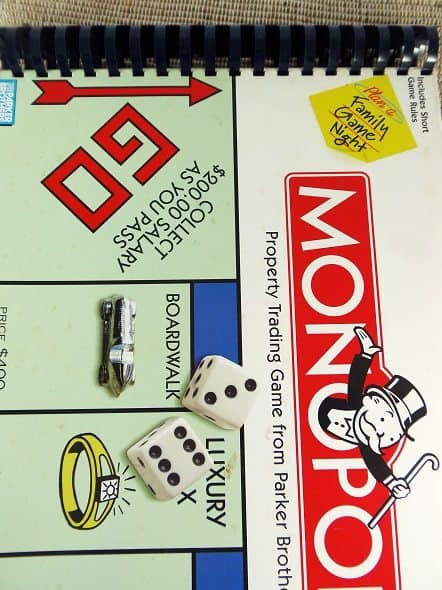 We cut the lid to the right size, and added a comb binding to the top. She was so excited with the way it turned out, and it’ll be a lot easier to spot her sketchbook when the teacher hands them back. 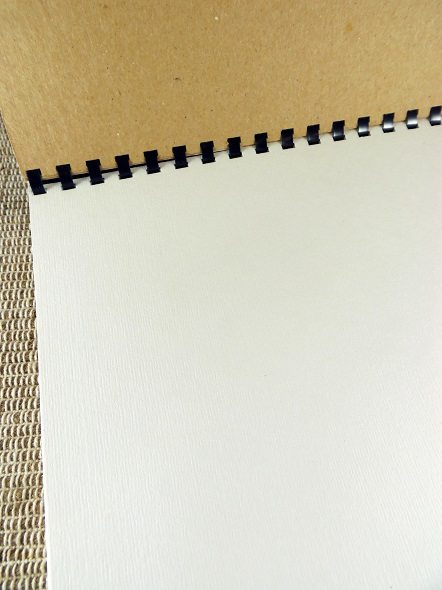 Since we used a comb binding, we’ll also be able to refill her sketchbook as needed. I’ll be keeping an eye out for more slighty-used sketchbooks at yard sales.

With that project out of the way, we turned to our final project … making her a student planner. 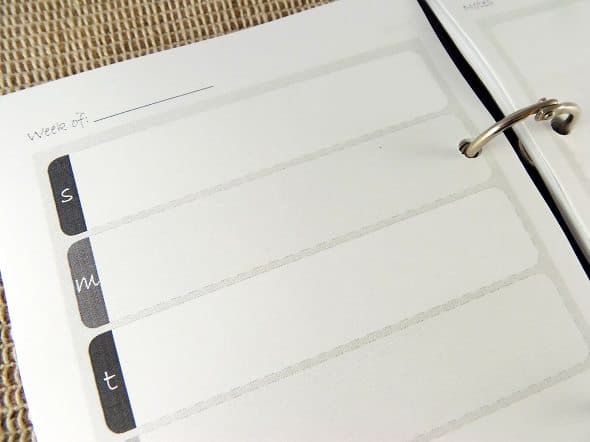 My husband already makes me a dated planner every year, so this one was in our wheel house. I used my printable weekly planner refill for the insides. It’s actually a color file, I just printed it in black and white to save ink.

I had a hunch that the planner pages might fit inside one of the Reader’s Digest covers that I make for the journals and garden journals that I sell in my shop, and I was right.

We just had to do a bit of trimming, and it worked perfectly. 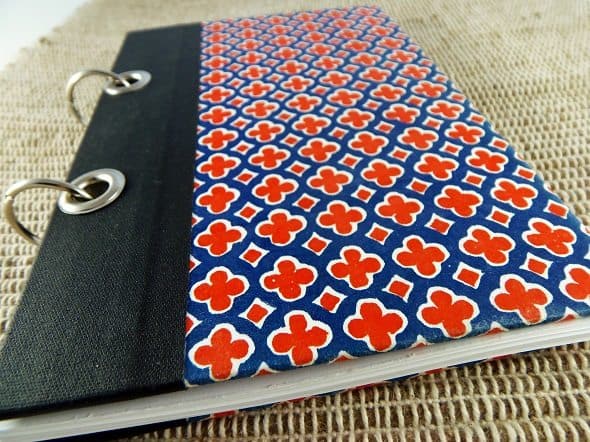 This is the cover that she chose. She’d been admiring it for a while.

In the end, she was thrilled with her new school supplies, and I was thrilled to be able to return our $40 in Staples Rewards to the fridge. 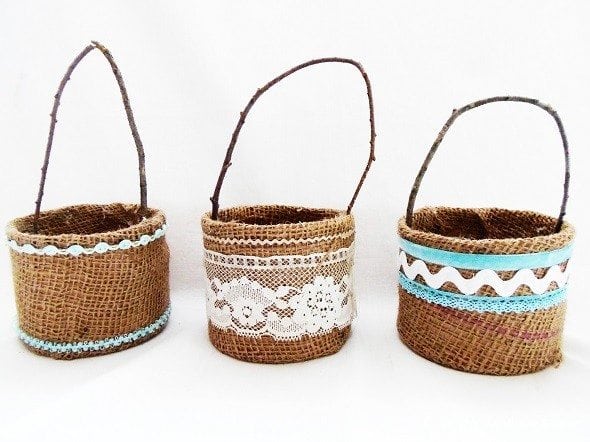 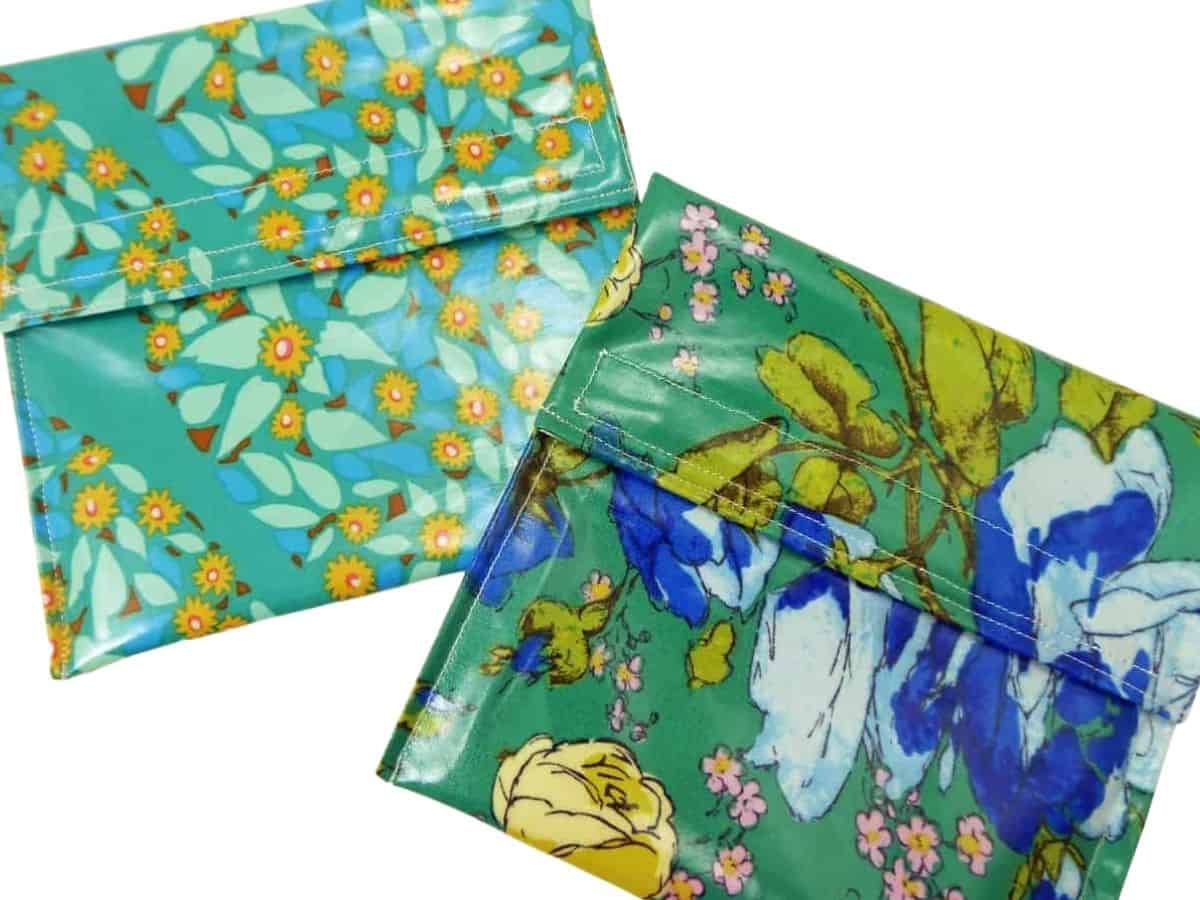 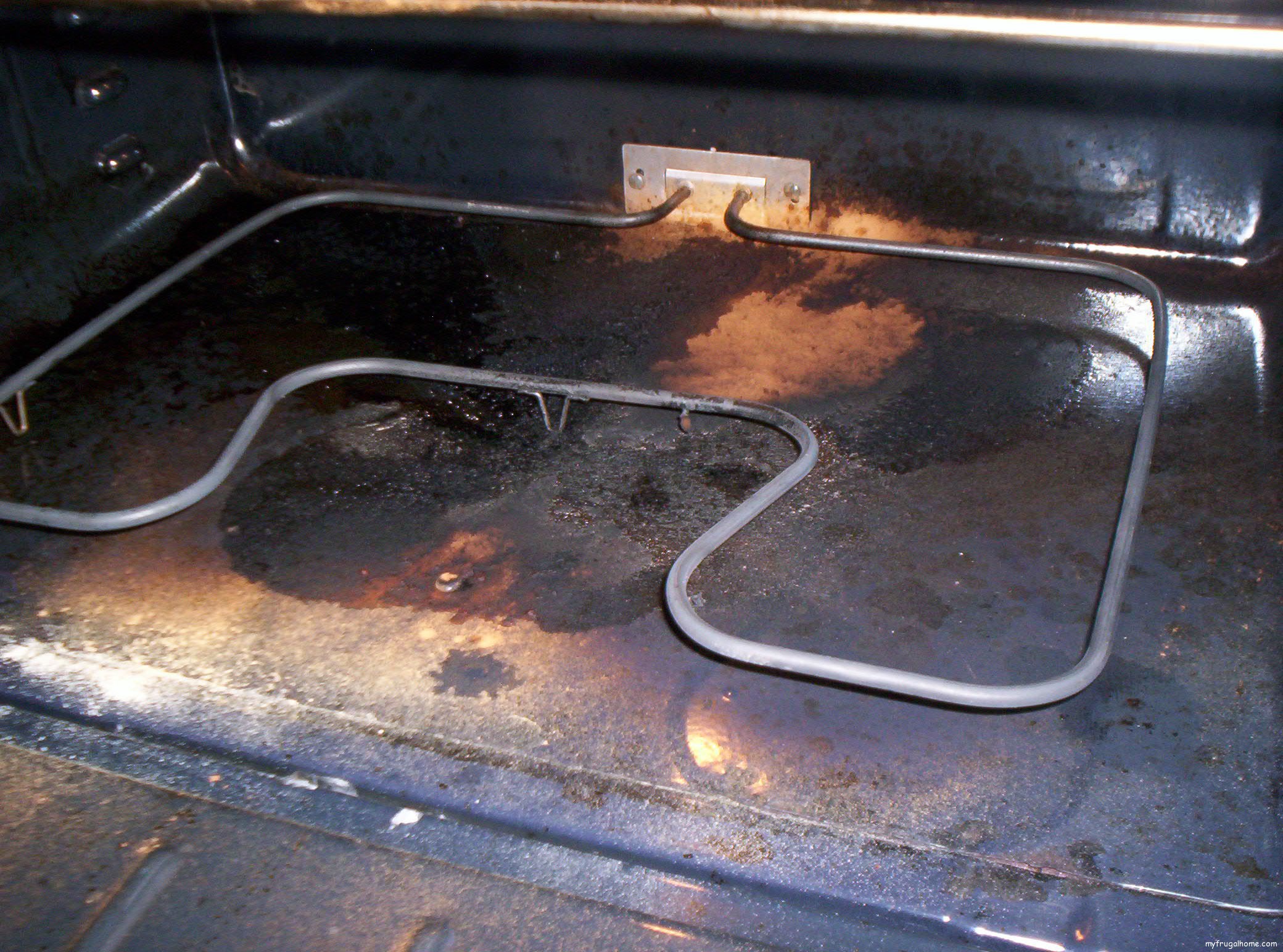 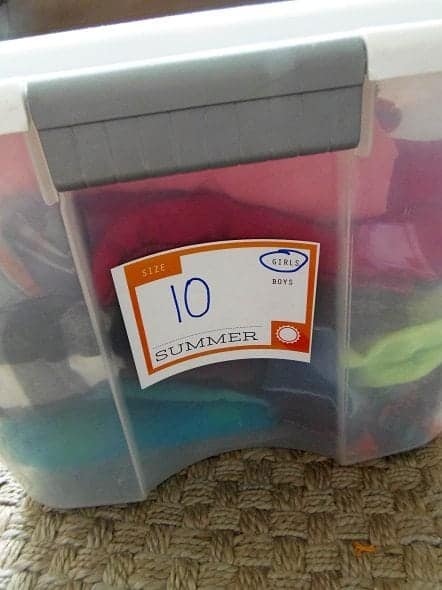 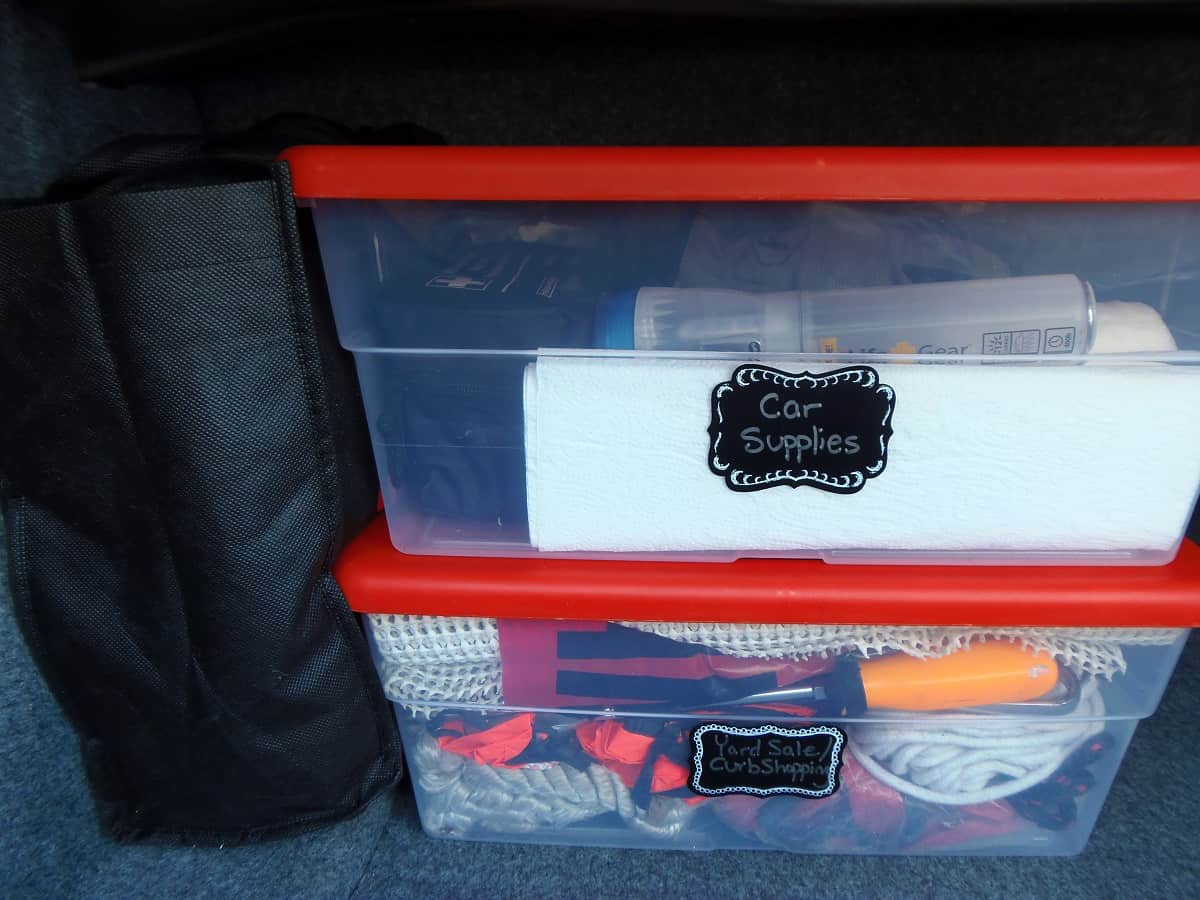 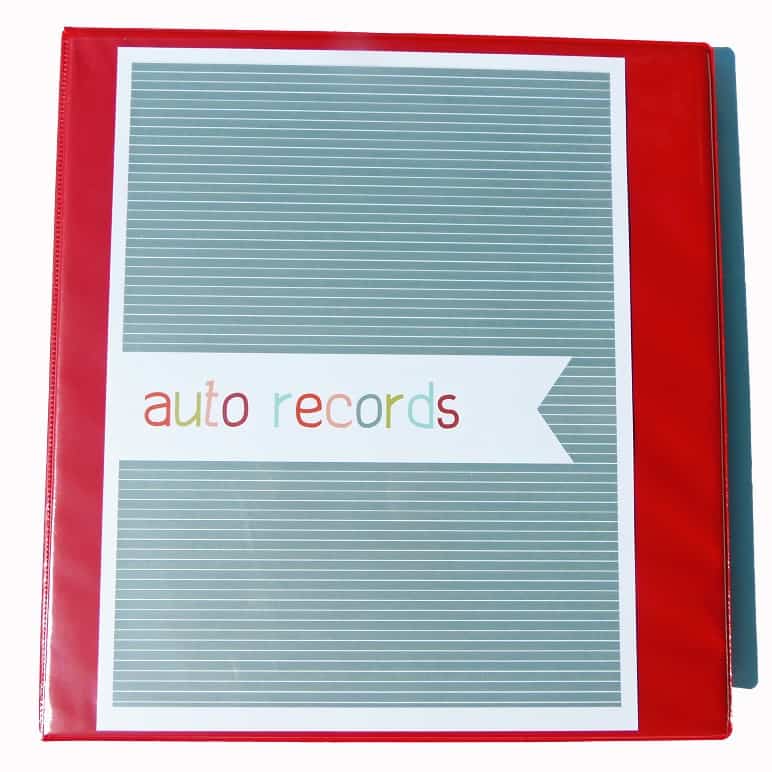