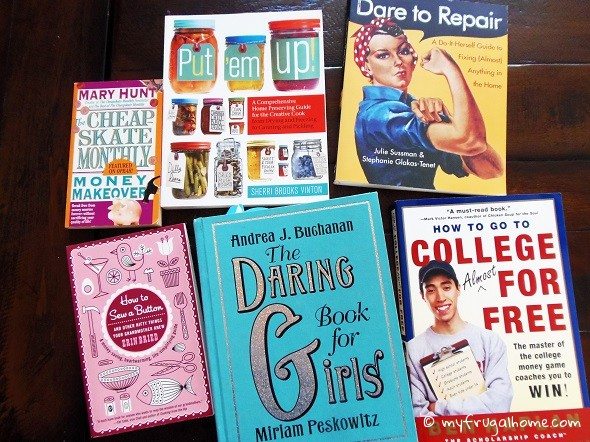 This is my favorite time of year to shop at thrift stores. They get lots of donations in December from people looking to grab a last-minute tax deduction and even more in January as people get to work on their New Year’s resolutions. That means more inventory than usual and often better quality inventory.

Here’s a look at what I’ve snagged over the past week:

Books – I usually blow right past the book section when I’m in thrift stores, but I’m glad I didn’t this time because they had some killer stuff, including a canning book that’s been on my wishlist for several years. Books were just $.50 each, so we really made out. 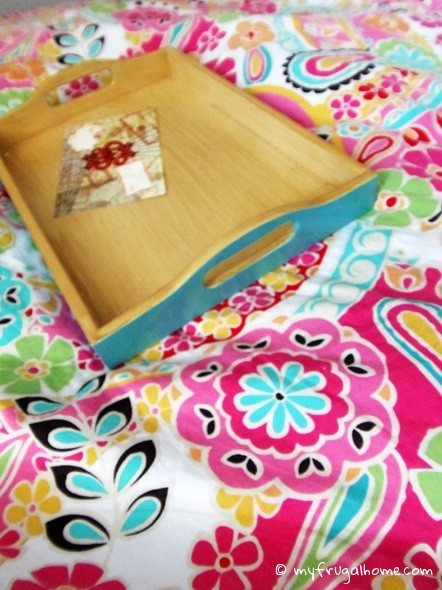 A Pottery Barn Teens Duvet Cover – When I spotted this twin-size duvet cover, I had a hunch it was Pottery Barn Teens, so I went hunting for the tag, and soon found it. We own a couple Pottery Barn duvet covers (purchased at thrift stores or on clearance), and they’ve held up beautifully. I paid $8 for this one, and they currently retail for $79 on their website. 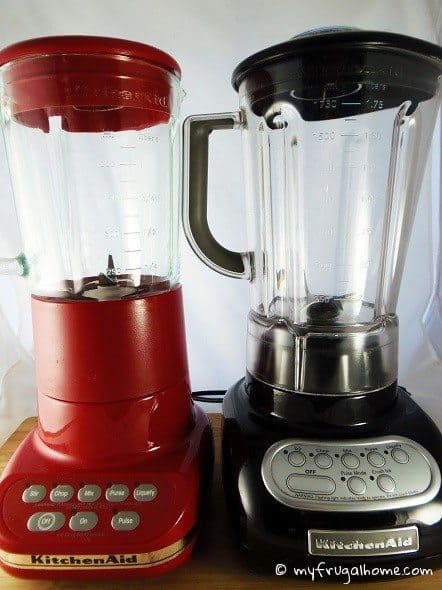 KitchenAid Blenders – My Ninja died several months ago, so I was thrilled when my husband spotted the black KitchenAid blender at Habitat. It had a $5 price tag, and looked like it had hardly been used. Score! Then, a couple days later we were at Goodwill, and we found the red KitchenAid blender. It had a broken part, but the replacement piece was tucked inside the pitcher in a factory-sealed bag. So, we forked over another $5, and my husband fixed it. The smaller, 5-cup blender currently retails for $99.99, and the larger, 7-cup blender retails for $126.99! 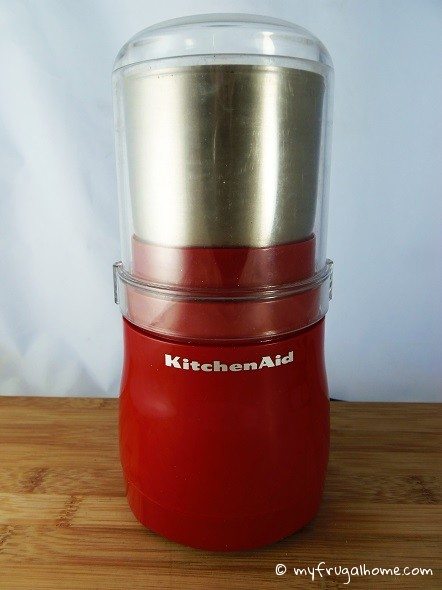 KitchenAid Coffee Grinder – Apparently it’s the week for KitchenAid finds because this coffee grinder was waiting for us at another thrift store. I don’t drink coffee, but my husband does, and this grinder is quite a bit nicer than the one he’d been using. He’s excited because it’s also easier to clean. He paid $6.99, and it currently retails for $32.26 on Amazon. 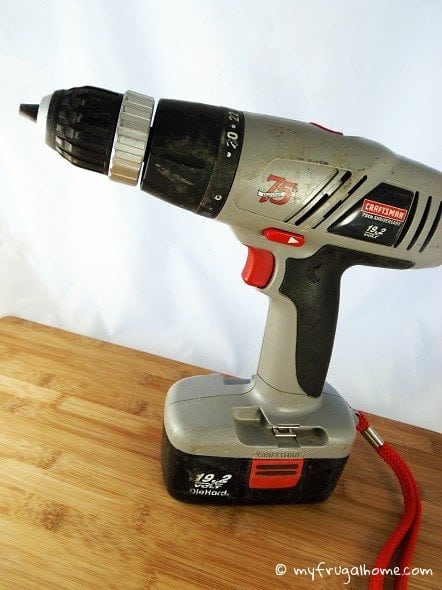 A Craftsman 19.2-Volt Cordless Drill – My husband has been looking for a cordless drill for quite a while. He finally came across this one, and paid $14.99 for it. It didn’t come with a battery or a charger, but he already had those. A similar model retails for $79.99 on Sears’ website. This should come in handy as we work on the cabin.

Not a bad haul, eh? Have you had any amazing thrift store finds this month? If so, I’d love to hear about them.

Sign up for my newsletter
FILED UNDER: Second-Hand Finds