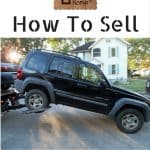 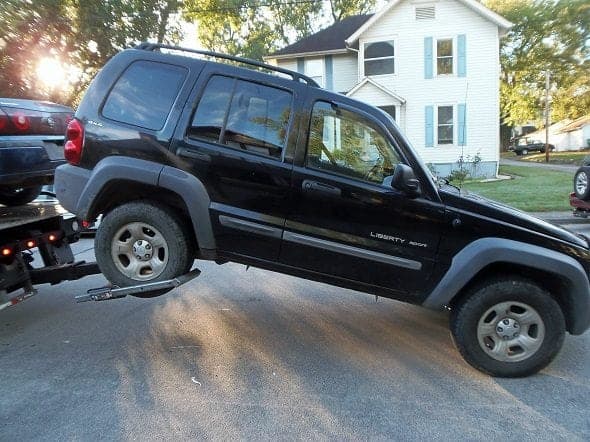 As of this morning, we’re back to being a one-car family.

Our Jeep died on the way back from a craft show in August, and we decided it wasn’t worth fixing. It had skipped time, so it would have taken motor work to get it back on the road, and with 213,000 miles on it, it just didn’t seem wise to put a bunch of money into it. Especially since it still had the original transmission. So, we decided it was time to let it go.

We considered selling it ourselves, or parting it out, but we ultimately decided to sell it for scrap. Mostly because it was the least time-consuming option.

We called Pull-A-Part yesterday afternoon, answered a bunch of questions about our car, and they made us an offer on the spot. $375 cash, and they’d tow it away at their expense. We accepted, and a tow truck picked it up first thing this morning.

The process couldn’t have been easier. We signed the title over; and the tow truck driver handed us $375.

My husband pulled the battery and a few other new parts that we plan to sell on eBay. He asked if it would affect the offer, and they said it wouldn’t. I’ll let you know how much more we make on their sale.

We paid $2,900 for our 2002 Jeep Liberty three years ago (we bought it when we bought our cabin), so when you subtract what we sold it for, that comes to $70 a month. That’s loads cheaper than a car payment, so I don’t feel like it owes us a thing.

And I like knowing that it went to Pull-A-Part. It’ll help other frugal DIYers fix their Jeeps, and nothing will go to waste. Since we bought some of the parts on our Jeep at Pull-A-Part, it’s kind of funny to think they’re going back there.

We need a four-wheel drive vehicle and a way to haul a trailer (to the cabin and craft shows), so we plan to replace it, but until we have enough saved to buy another vehicle with cash, we’re just going to make do with one car. We’re two years and 10 months away from having our house paid off, so we don’t want to take on any more debt.

Expect to get $250-$500 for it. Pull-A-Part says you get less for small vehicles, and more for larger vehicles, but I’m sure make, model and demand are also factors.

We could have called around to a bunch of junk yards for quotes, but we decided to just call Pull-A-Part because we felt comfortable dealing with a well-known company.

Here’s where you go to sell a car. Just enter your zip code, and they’ll tell you which location you need to call.

Not familiar with Pull-A-Part?

Here’s an article that I wrote about buying parts there.

Have You Ever Sold a Car for Scrap?

I’d love to hear how much you got for it, and what you thought of the experience. 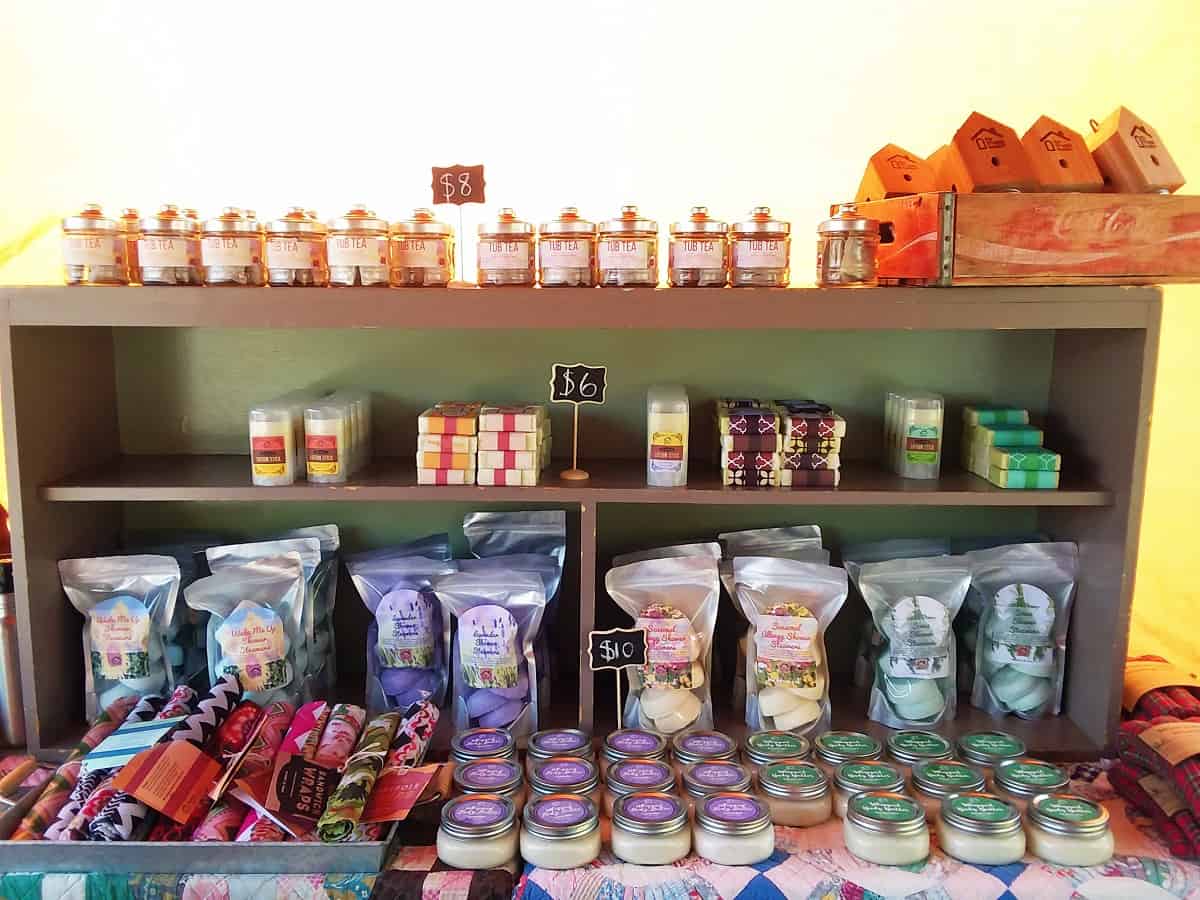 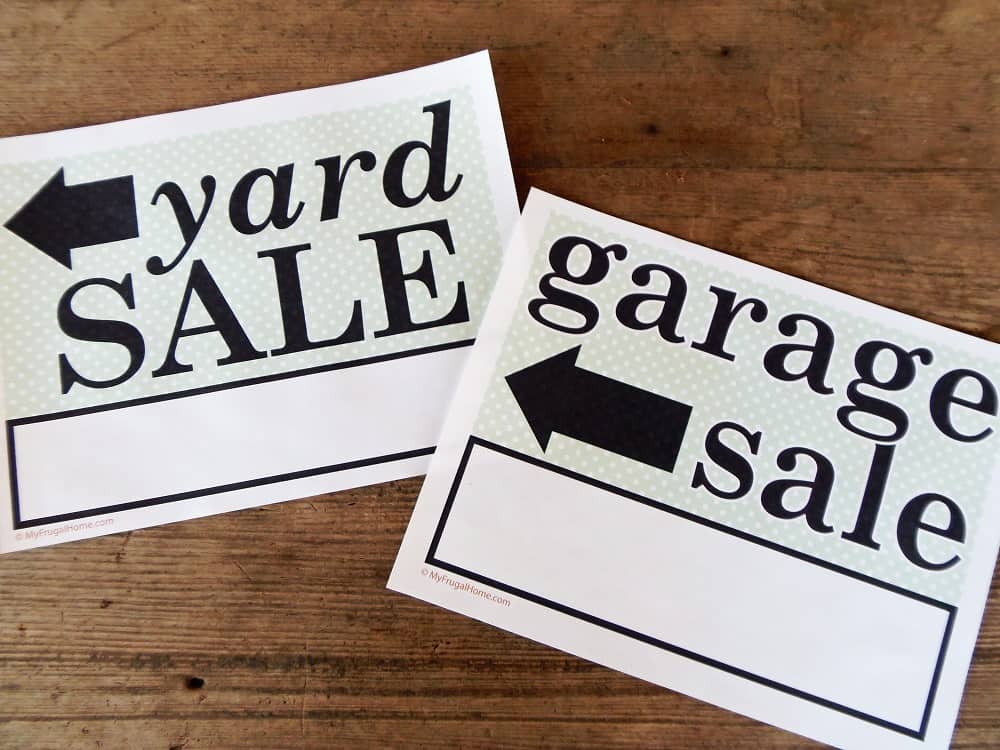 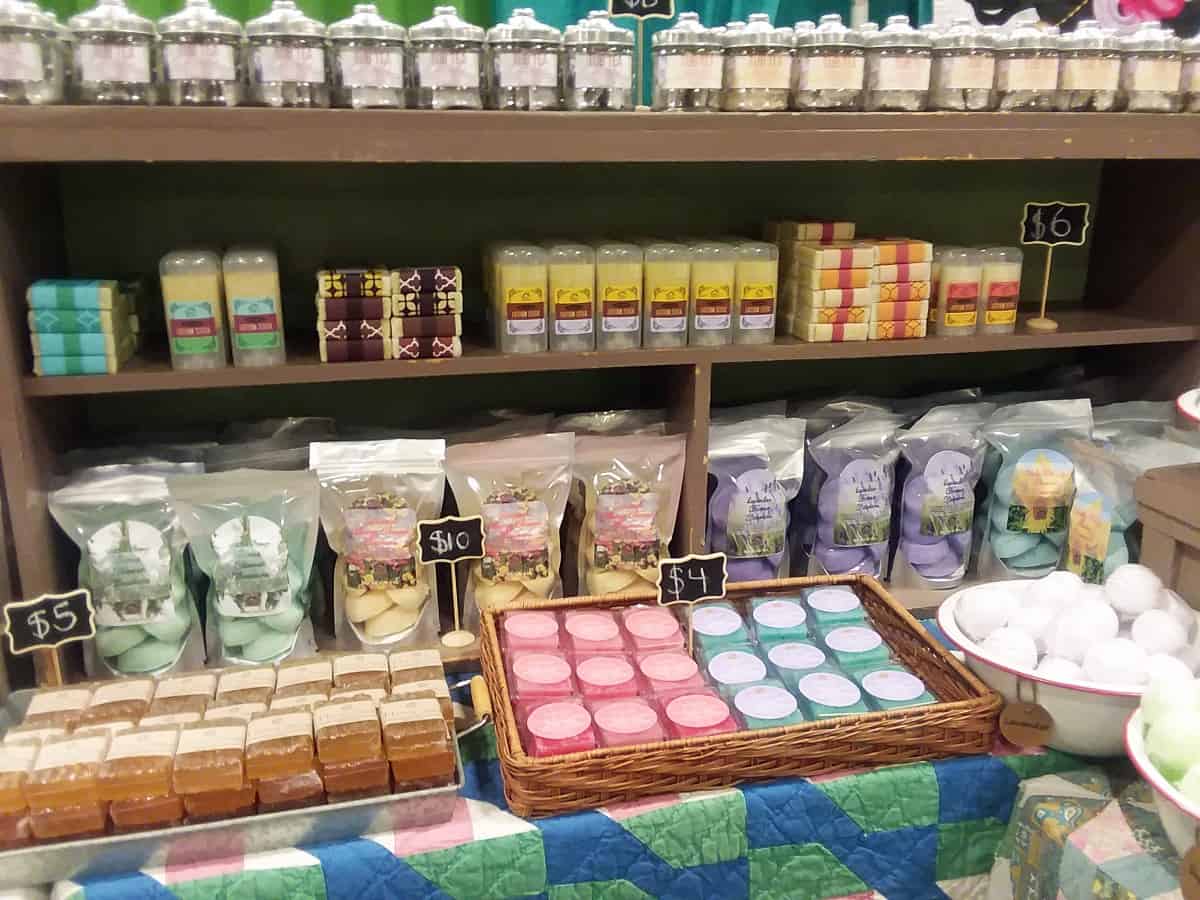 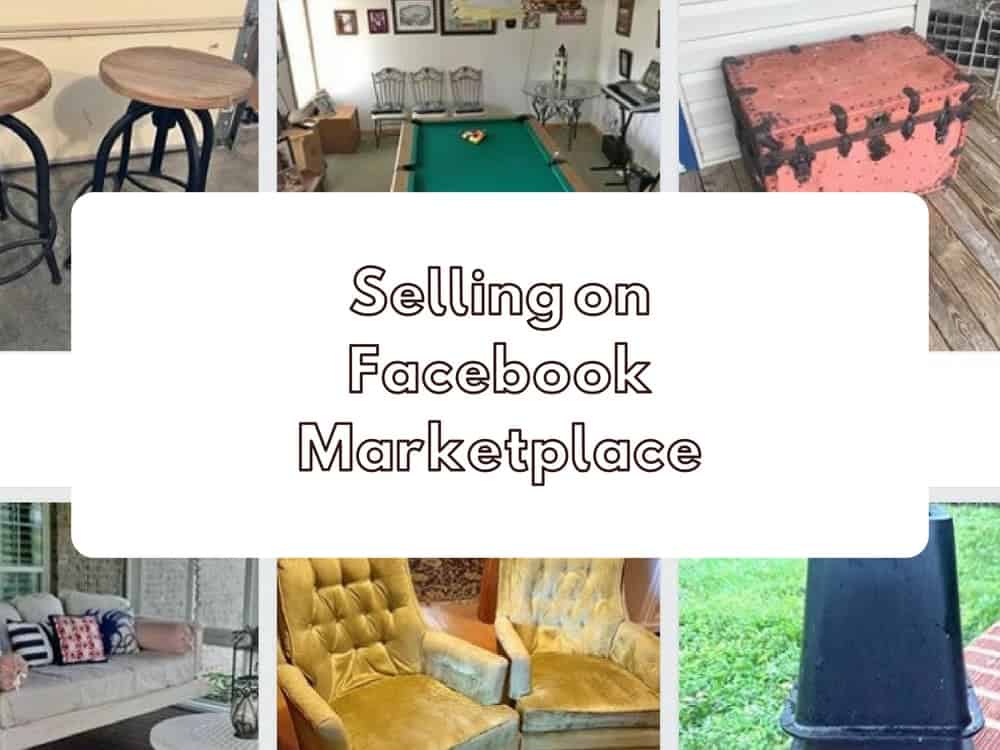 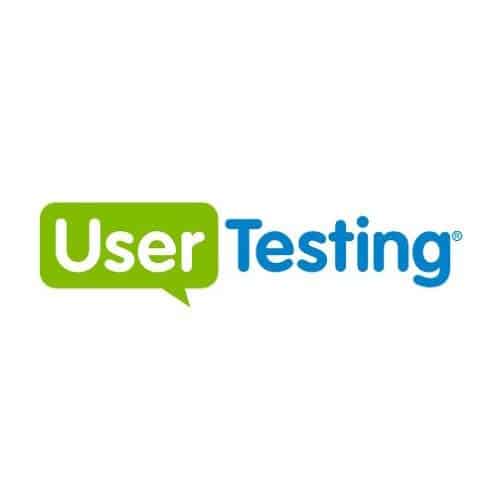 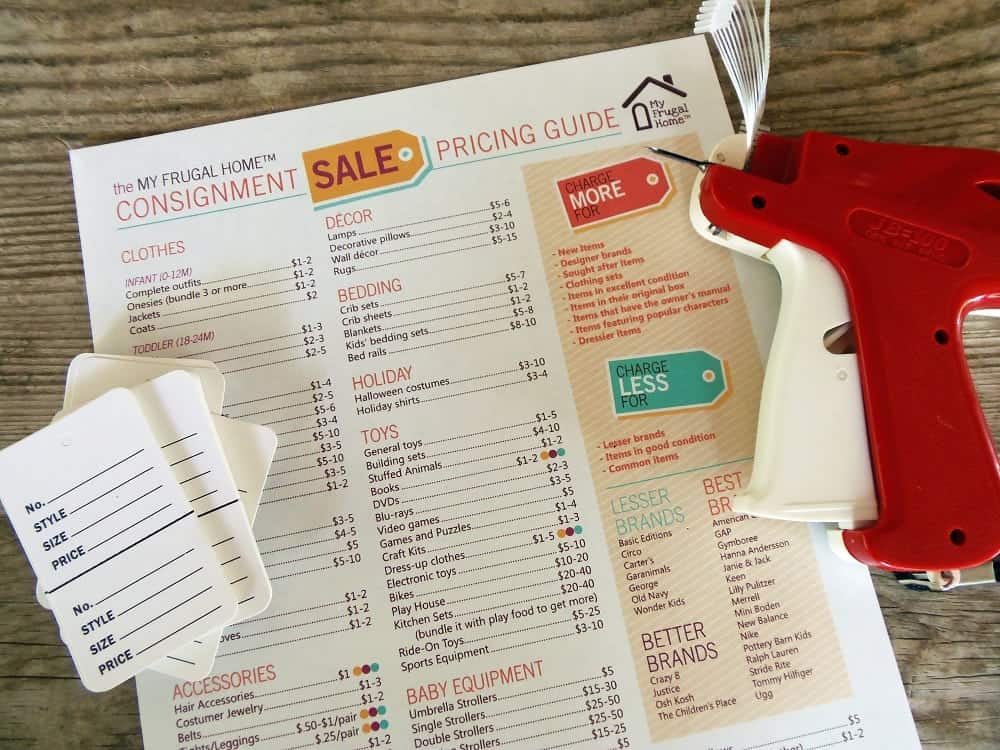