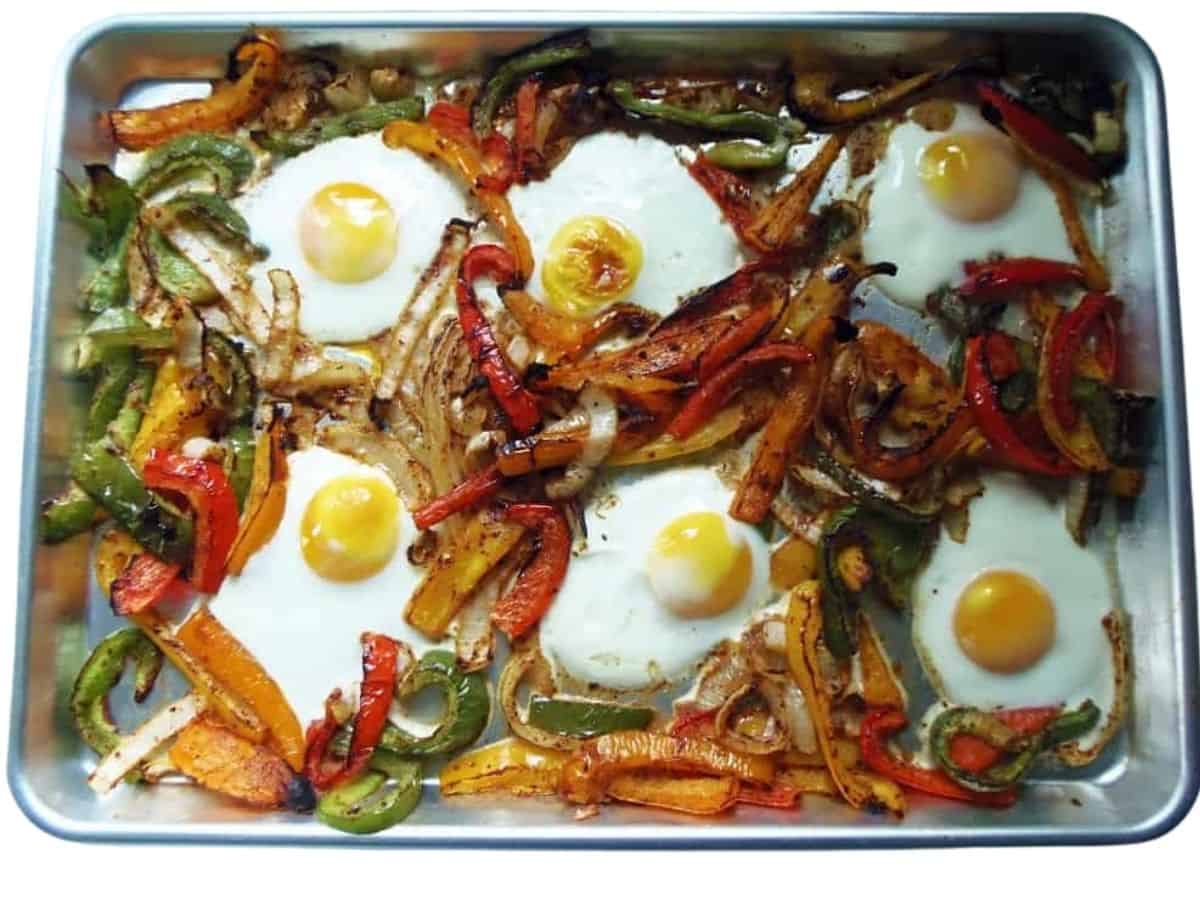 Looking for something new to serve for brunches and holiday breakfasts? These sheet pan breakfast fajitas only take 15 minutes to make, and will leave you with just one pan to wash when you’re done. But the best part is the breakfast itself. A sunny side up egg and fajita veggies piled high in a warm tortilla is a spectacular way to start the day. If you’re a fan of breakfast for dinner, it’s also happens to be a pretty spectacular way to end one. 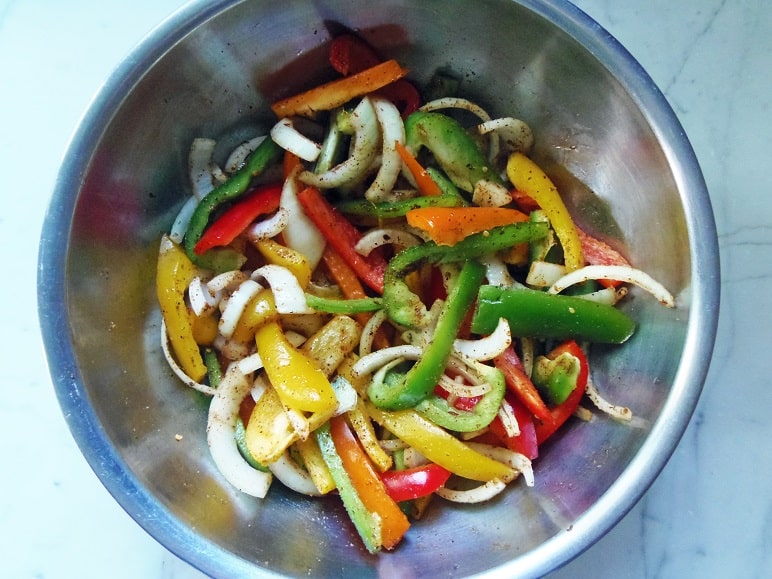 Preheat the broiler on your oven. Place a sheet pan inside, so it pre-heats, too.

While you’re waiting for the oven to heat up, toss the peppers and onions with the oil and fajita seasoning mix, until well coated. 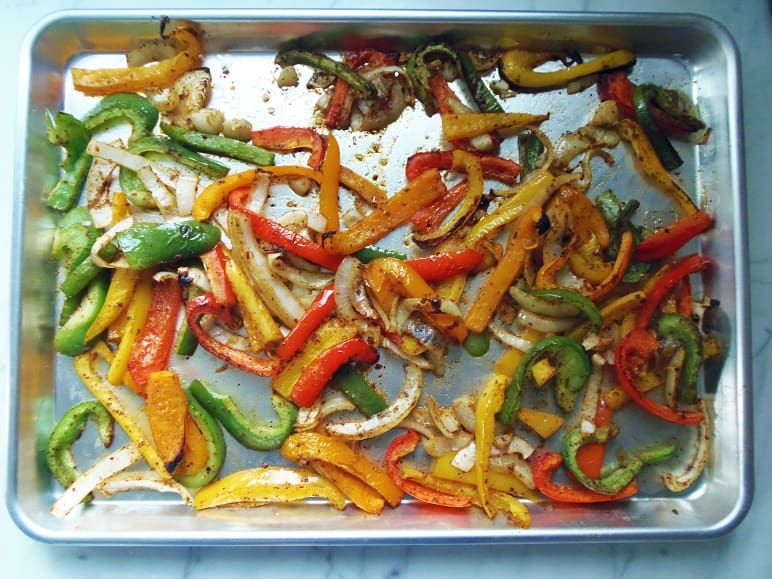 Spread your seasoned veggies out on a sheet pan, and broil for 11 minutes, stirring regularly to keep them from burning. 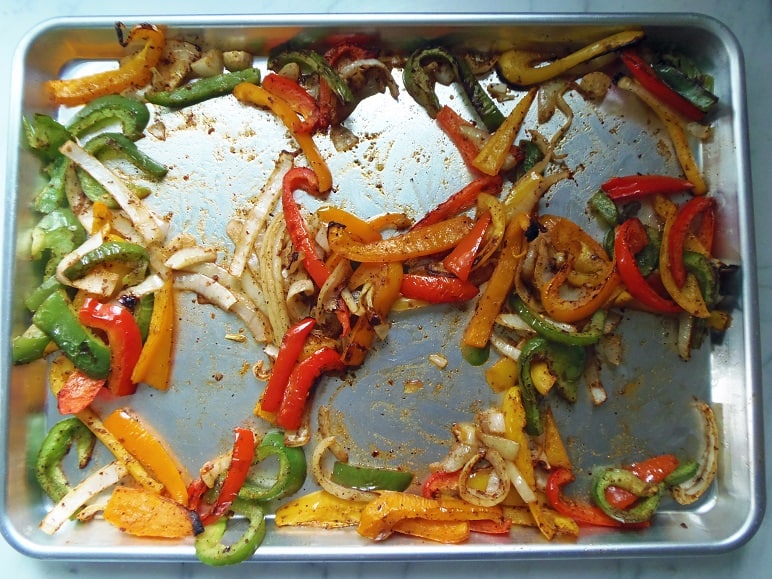 Pull the pan from the oven, and push the veggies aside to create six spots for the eggs. 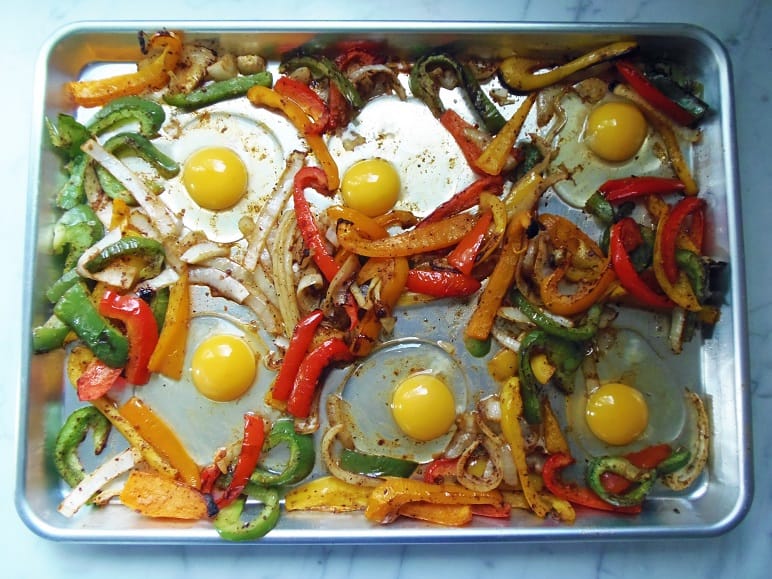 Crack the eggs into the holes you’ve created. 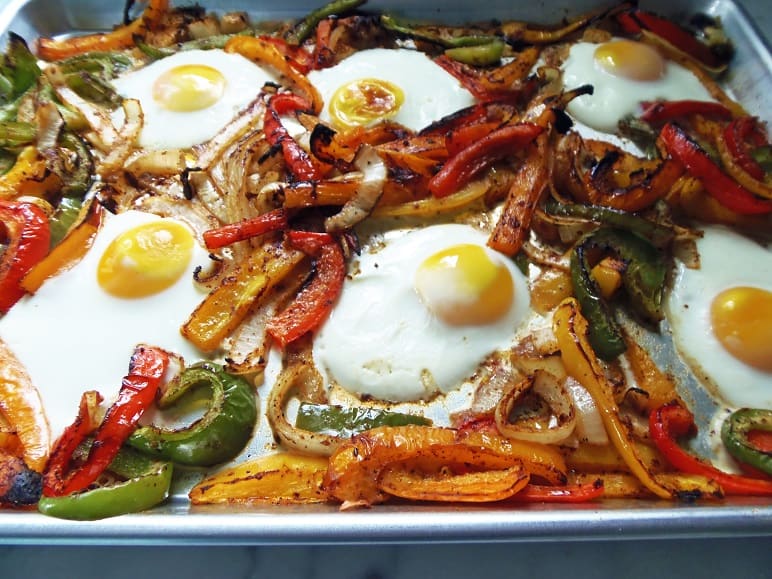 Then, pop the pan back in the oven, and broil for another 3-4 minutes, or until the egg whites have set. 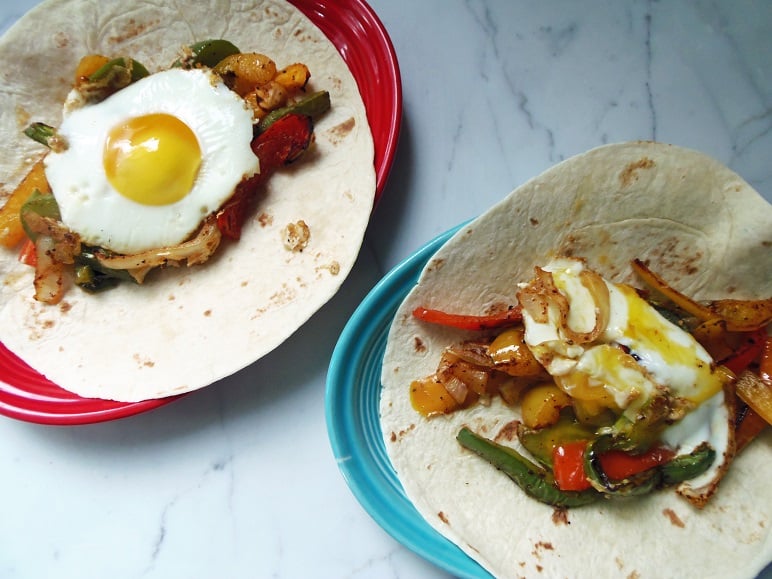 Tip: Use a large spatula to serve the eggs, so you don’t break the yolks.

Scaling this recipe up is a cinch. Just broil the peppers and onions on one pan, and the eggs on another. This will allow you to make twice as many veggies and eggs, so you have enough to feed up to 12 people. The best part? It’ll only take you an extra four minutes to make a double batch. Just broil the veggies for 15 minutes. Then, broil the eggs for 3-4 minutes. This will ensure that everything is still hot when you serve it. 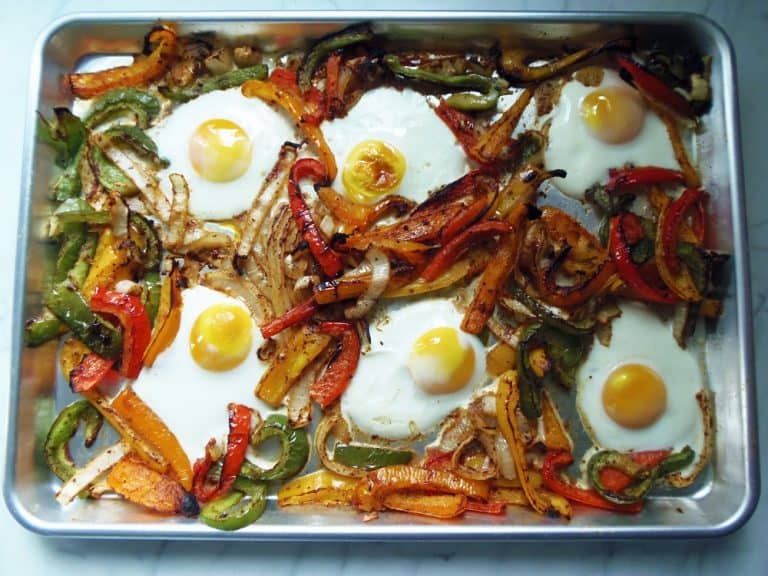 Preheat your broiler. Place a sheet pan in the oven, so it pre-heats at the same time.

Toss the veggies with the oil and fajita seasoning.

Then, spread them out in a single layer on the heated sheet pan.

Broil for 11 minutes, stirring periodically, so the veggies don’t burn.

Remove the pan from the oven. Push some of the veggies aside to make room for the eggs.

Crack the eggs into the holes you’ve made. Then, return the pan to the oven, and broil for another 3-4 minutes, or until the whites have set, and the yolks are as cooked as you’d like them.

To make a larger batch, cook the veggies on one pan and the eggs on another. This will give you enough room to double the recipe. Broil the peppers and onions for 15 minutes, and the eggs for 3-4 minutes. Broil the veggies first, so everything will be hot when you serve it. 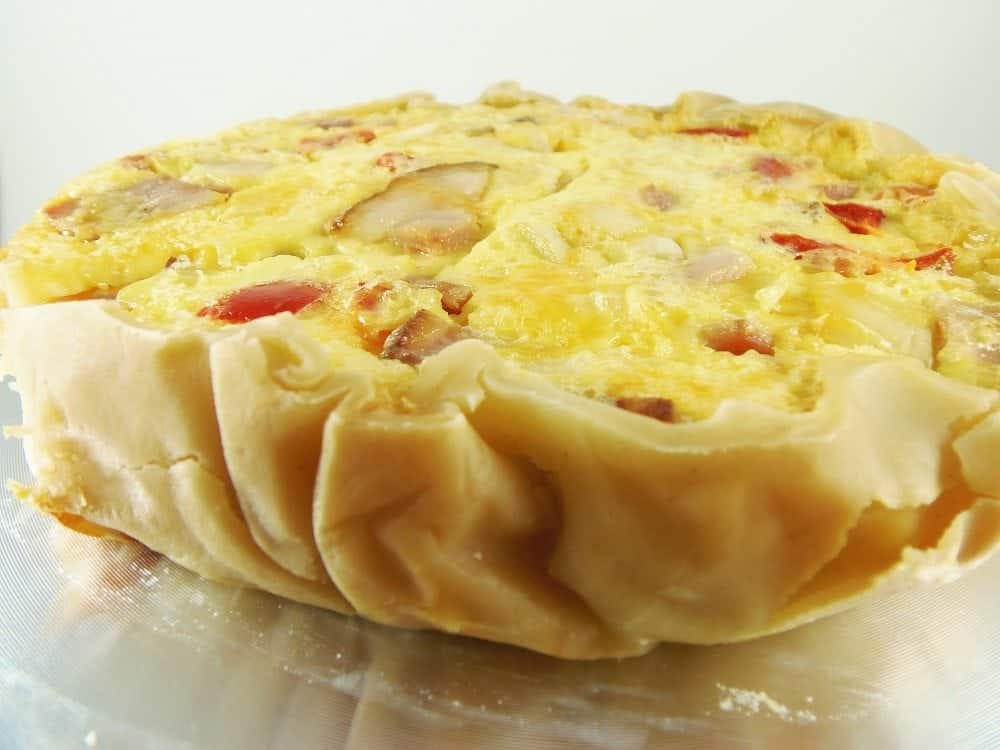 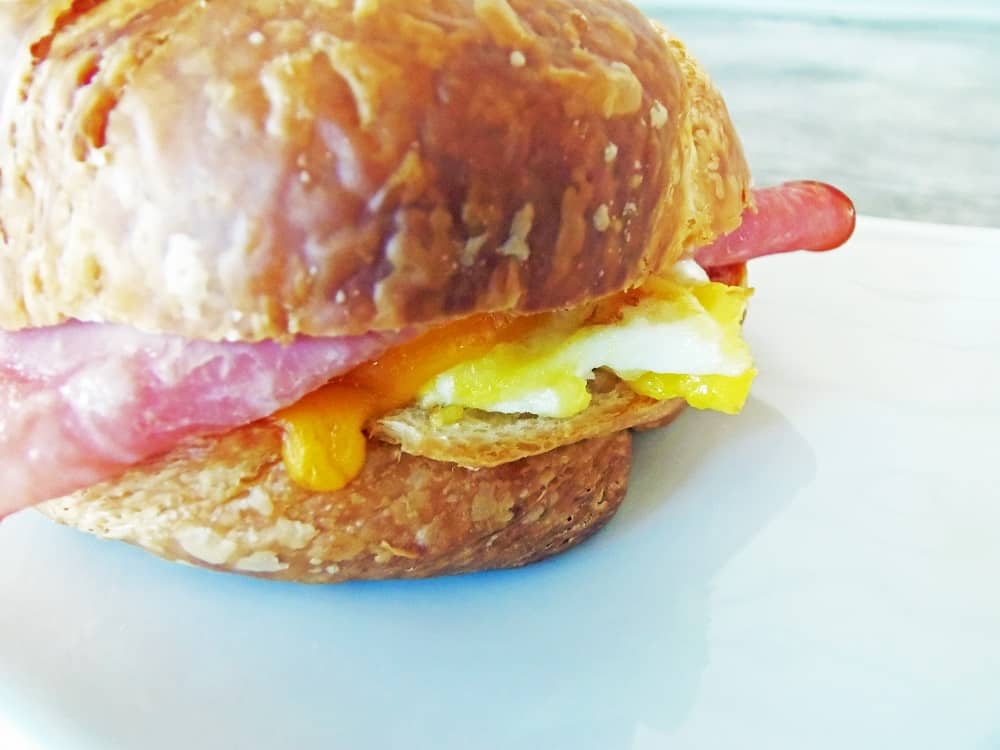 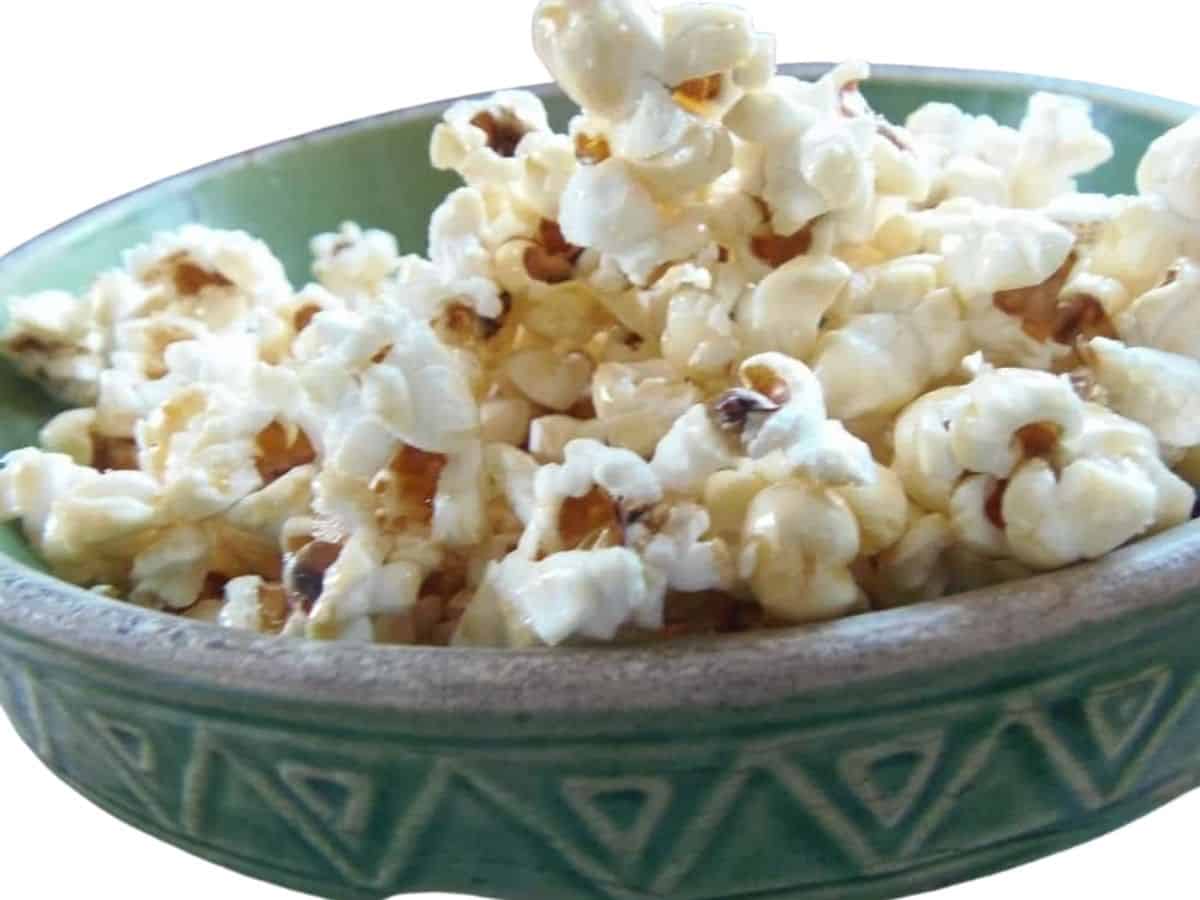 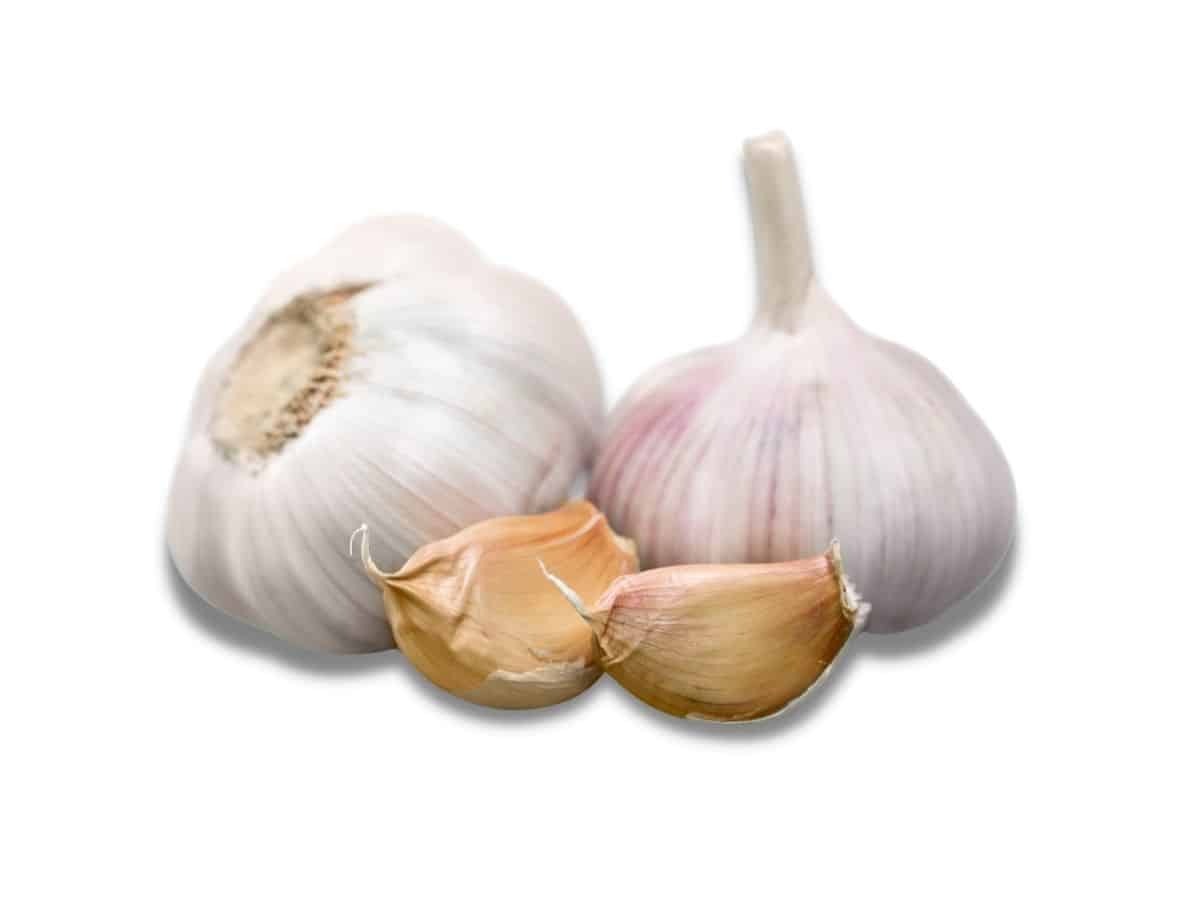 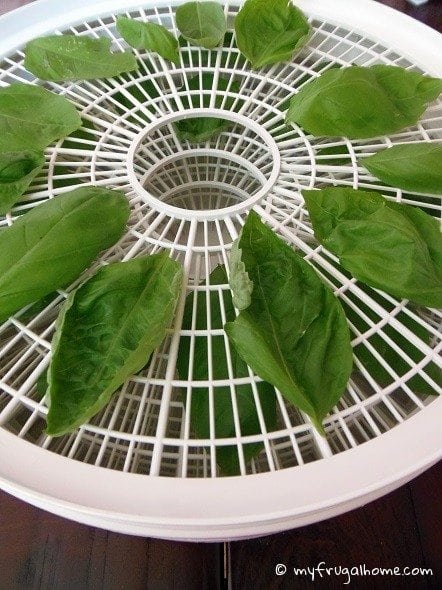 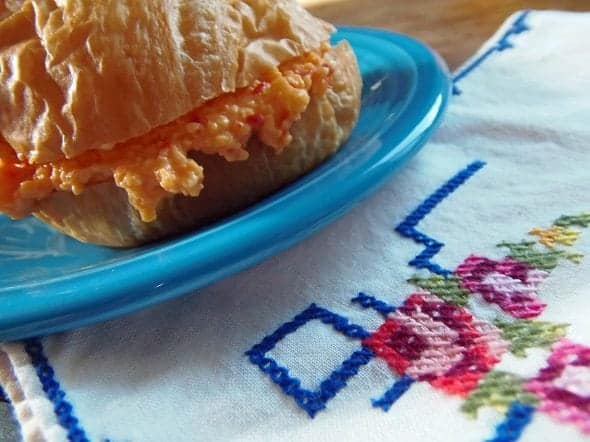 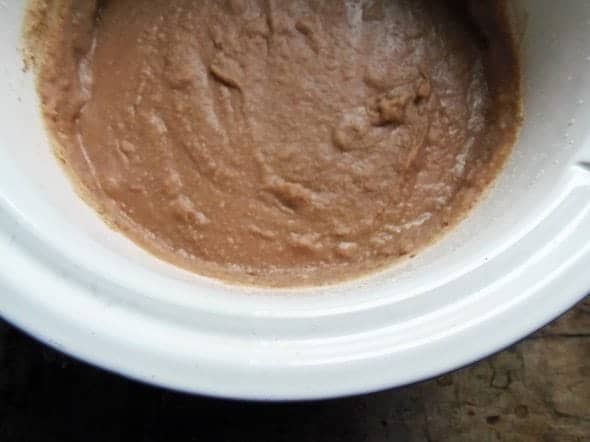 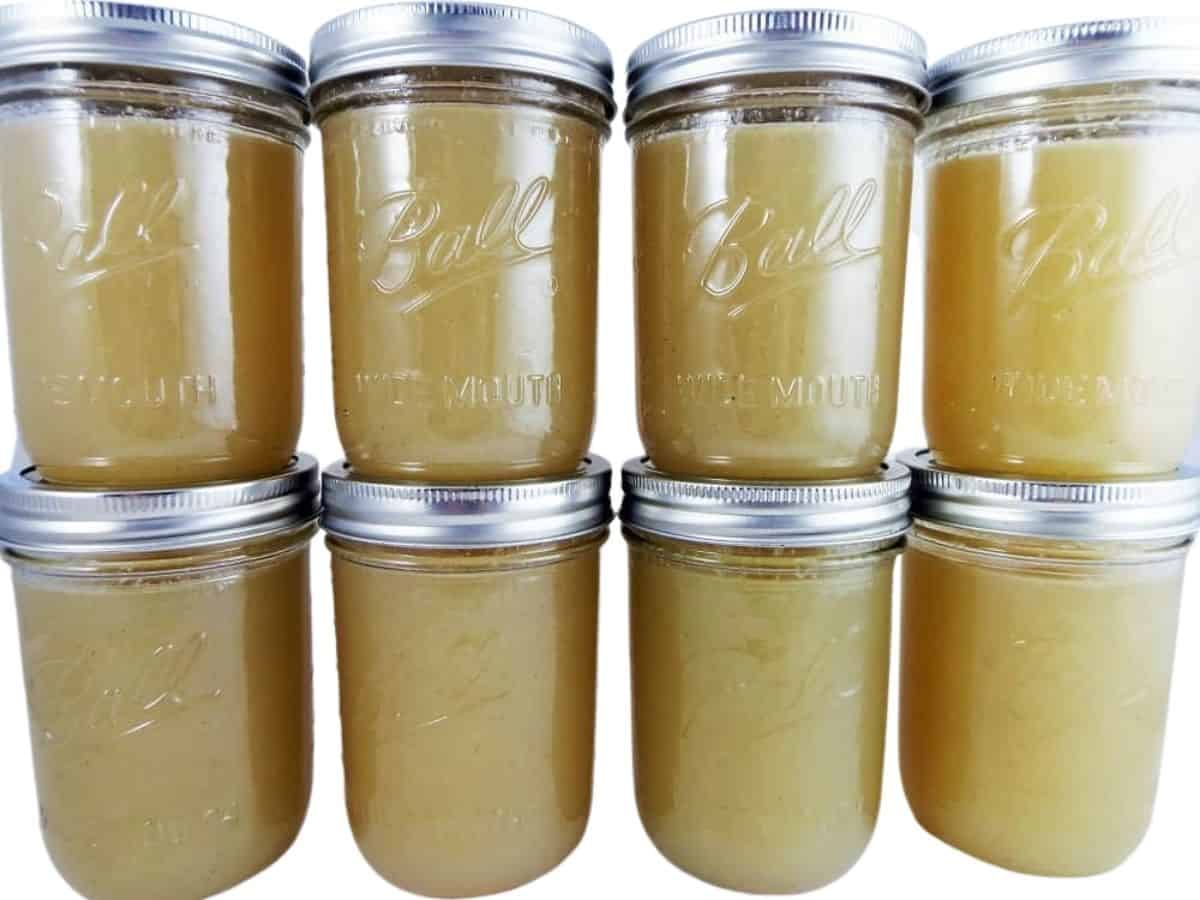